How to Draw a Baobab Tree 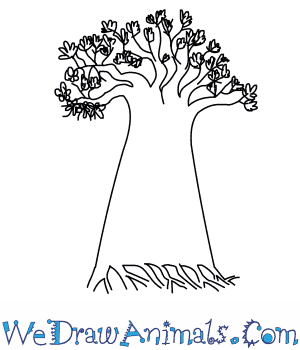 In this quick tutorial you'll learn how to draw a Baobab Tree in 5 easy steps - great for kids and novice artists.

At the bottom you can read some interesting facts about the Baobab Tree.

How to Draw a Baobab Tree - Step-by-Step Tutorial 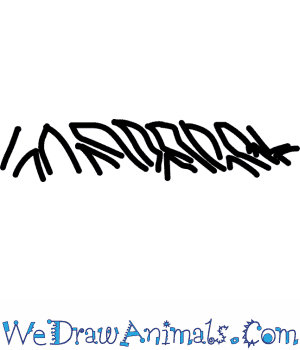 Step 1: First, draw the roots. Draw two small diagonal lines that are next to each other but spaced out. Connected to the root you just drew, draw two spaced out lines that curve outward and then draw a “V” at the end. Repeat this in a small line, making sure they are connected. 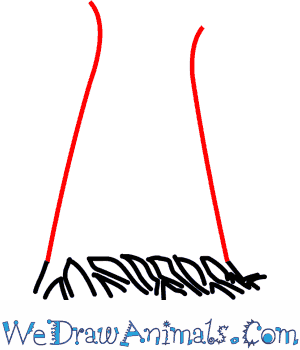 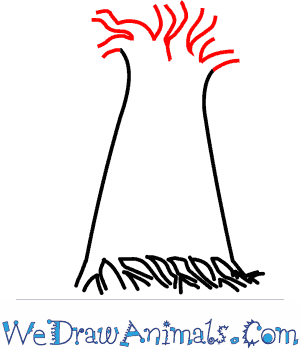 Step 3: Then, draw the branches. How you drew your roots, draw the branches the same way but with longer lines and the “V’s” going up rather than down. Make sure they are connected to both sides of the trunk and to each other in the middle. 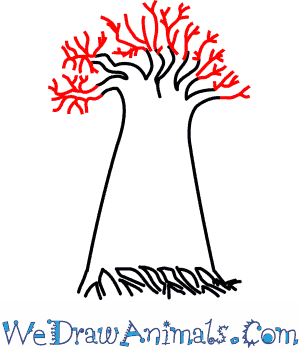 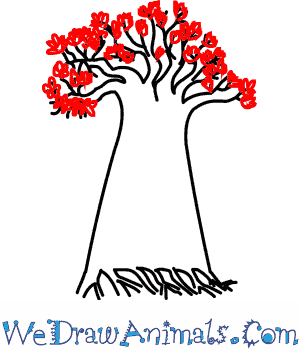 Step 5: Lastly, draw the leaves. On one of your twigs, draw five small pointed ovals in a circle. This is a leaf. Draw them at the end of all the twigs and branches.

Baobab Trees are large trunked trees that grow as tall as 100 feet and sport smaller branches and leaves up top. Baobab tree trunks can reach 36 feet around. The huge trees are found in only 4 places: Madagascar, the African mainland, the Arabian Peninsula, and the Australian outback. Baobab Trees produce fruit that are green sacs that taste sour. The Baobab fruit is about the size of a coconut and weighs about 3 pounds. These impressive giants are near extinction and are getting harder to find in the wild.

Lesson Plan Note: Baobab Trees are central to African culture. Spend a week researching the tribes of mainland Africa and their connection to this fascinating tree. 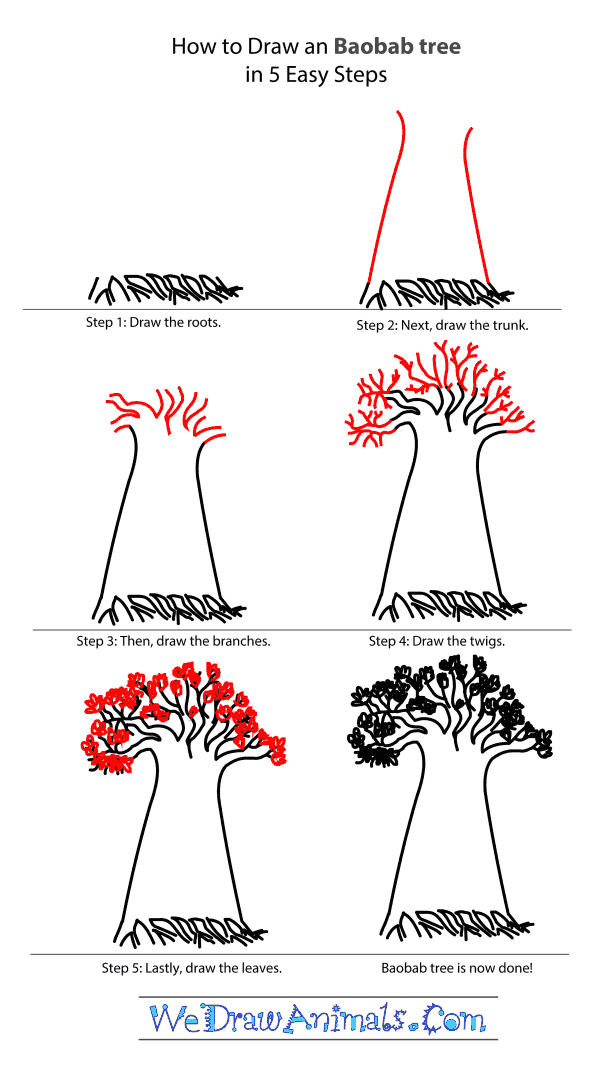 How to Draw a Baobab Tree – Step-by-Step Tutorial