How To Draw A Mouse


In this quick tutorial you’ll learn how to draw a mouse in just a few quick steps, but first…

Interesting Facts about the Mouse

The mouse is a small mammal, with small round ears, a pointed snout and long, nearly hairless tail belonging to a super family of rodents called Muroidea, along with gerbils, hamsters and a large number of relatives.

Rodent fossils date back to 65 million years ago. Today, massive numbers of rodents exist on all continents, except Antarctica.

Common house mice are often kept as pets that can easily become used to being handled, often being playful and loving. Mice have been represented in folklore and mythology, comics and cartoons, literature, movies, and video games. The Mickey Mouse and Mighty Mouse are very famous characters and the popular pizza restaurant, Chuck E Cheese, features a mouse in its brand logo and as an entertaining mascot.

How to Draw a Mouse – Step-by-Step Tutorial 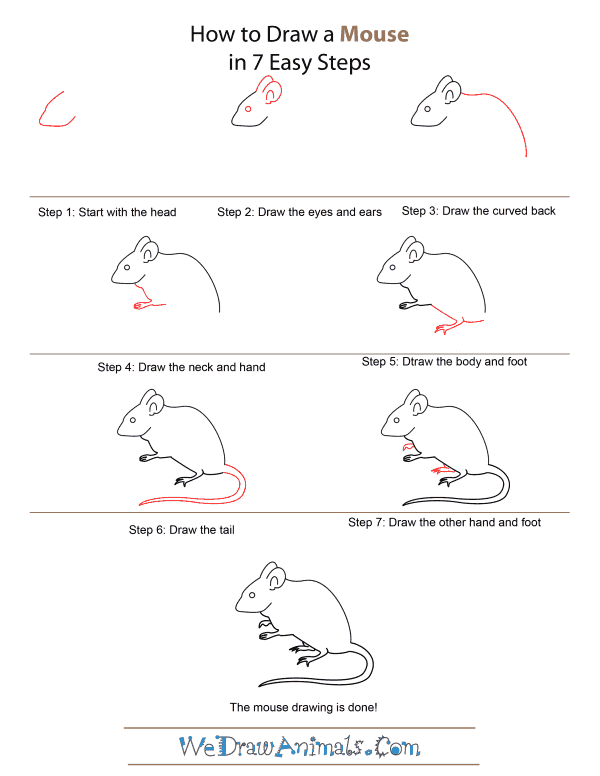 How to Draw A Mouse – Quick Step-by-Step Tutorial