How To Draw A Crab


In this quick tutorial you’ll learn how to draw a crab in just a few quick steps, but first…

Crabs are part of the large family, arthropods, whose relatives include shrimp, crayfish, lobsters, barnacles and krill.

Fossils of crabs date back to the Jurassic period, with about 850 species living throughout tropical and sub-tropical regions of the earth.

How to Draw a Crab – Step-by-Step Tutorial 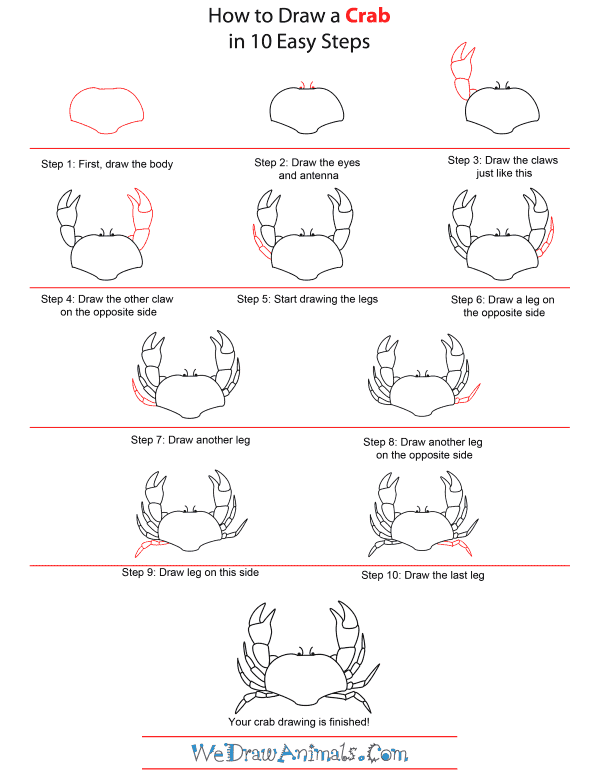 How to Draw A Crab – Quick Step-by-Step Tutorial