How To Draw A Penguin


In this quick tutorial you’ll learn how to draw a penguin in just a few quick steps, but first…

Although penguins cannot fly, they are birds. They look like they are flying when they jump in and out of water.

Penguins are carnivores that eat seafood such as shrimp, fish, and squid, among others. Penguins communicate through sign language. They do this by using their flippers and moving their heads. They also call out to each other.

How to Draw a Penguin – Step-by-Step Tutorial 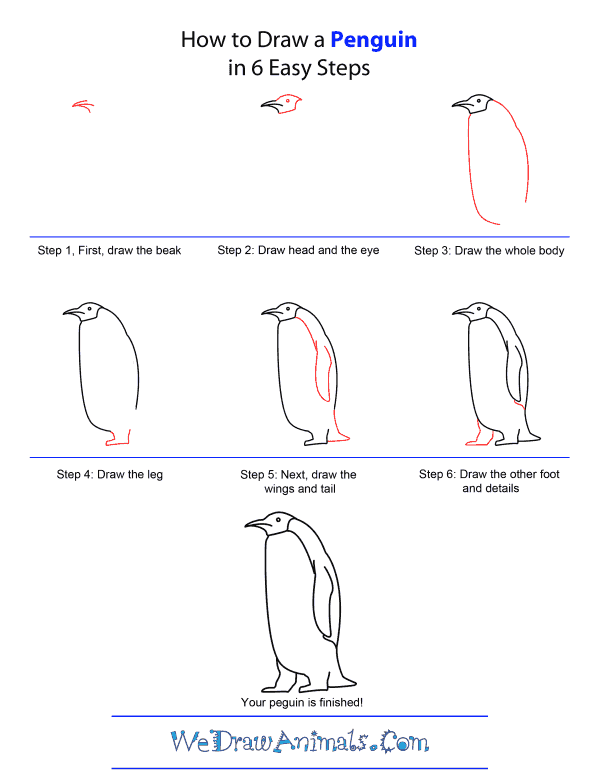 How to Draw A Penguin – Quick Step-by-Step Tutorial