How to Draw a Black-Headed Gull 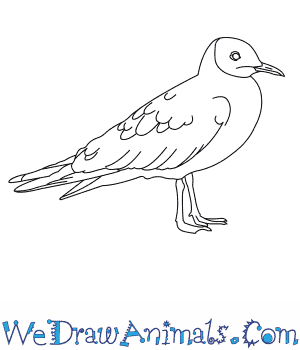 In this quick tutorial you'll learn how to draw a Black Headed Gull in 6 easy steps - great for kids and novice artists.

At the bottom you can read some interesting facts about the Black Headed Gull.

How to Draw a Black Headed Gull - Step-by-Step Tutorial 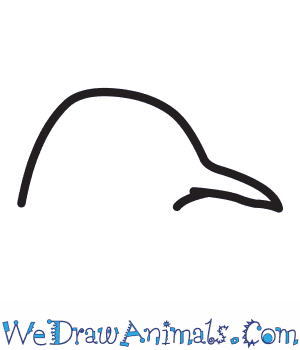 Step 1: To begin, draw a simple round head with a long, thin beak that comes to a point. 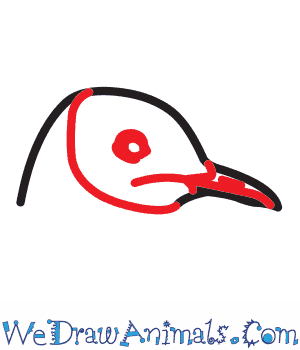 Step 2: Now draw the face by making a semi-circle that connects to the bottom of the beak. Draw a small circle for the eye and a line for the opening of the beak. 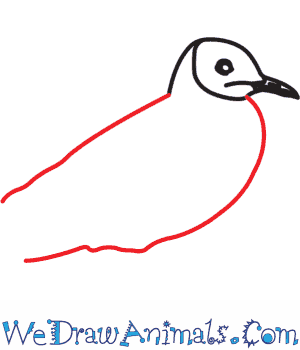 Step 3: Next, draw the body using curved lines. The lines should be imperfect to give the impression of ruffled feathers. Exaggerate the curve of the line below the beak for the puffed chest of the bird. 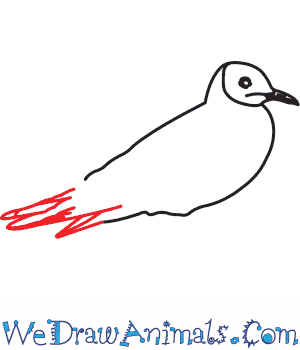 Step 4: Then, create the tail by adding three slightly rounded points to the back of the bird. Add lines to these three separate points to give the illusion of layers. 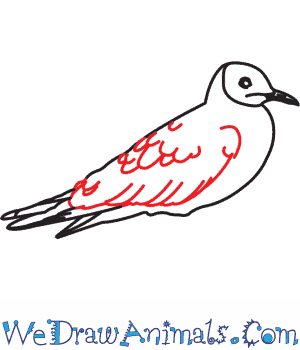 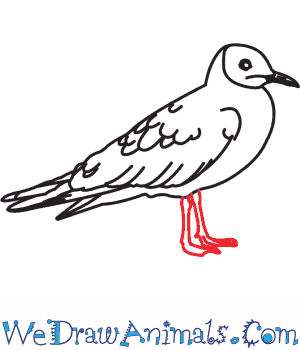 Interesting Facts about the Black-Headed Gull

The Black-headed gull is a small gull that grows from 35 to 39 centimeters in length, has a wingspan from 86 to 99 centimeters, and weighs from 205 to 340 grams. They can be found in Iceland, Finland or Denmark and sometimes migrate to Europe and Africa. Black-headed gulls are omnivores and eat mainly worms, fish, and various invertebrates. These birds are found in a varienty of habitats. They winter in farmlands, coastal marshes, or urban parks. They breed in marshes, ponds, sand-dunes, or lakes.

Lesson plan note: Draw and cut out pictures of the Black-headed gull. Distribute copies to the children and have them color their gulls. They can use markers, colored pencils, or crayons. Write the child’s name on the back of their gull. Then, tape a piece of long string to each colored bird. Finally, hang the Black-head gulls on the ceiling for all the children to see. 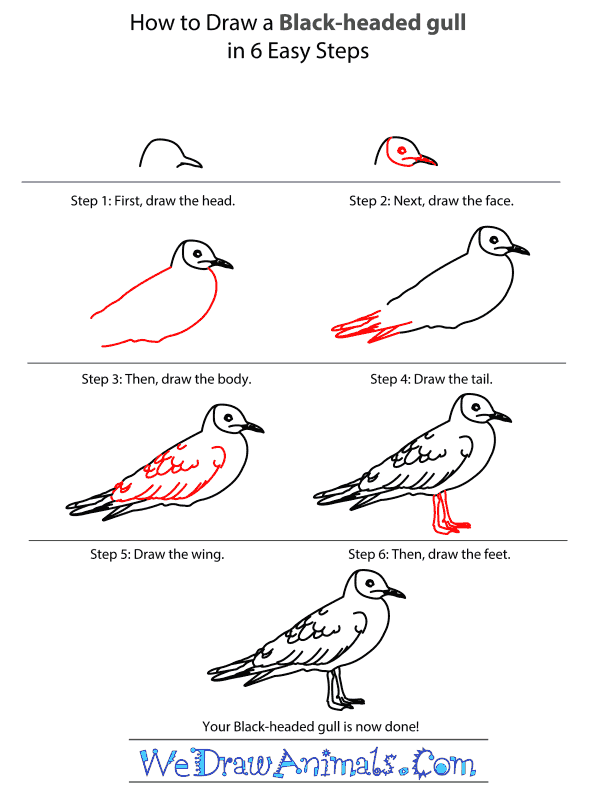 How to Draw a Black-Headed Gull – Step-by-Step Tutorial