How to Draw a Blackbird 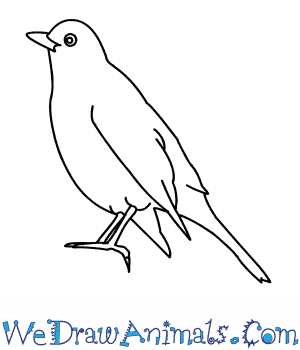 In this quick tutorial you'll learn how to draw a Blackbird in 9 easy steps - great for kids and novice artists.

At the bottom you can read some interesting facts about the Blackbird.

How to Draw a Blackbird - Step-by-Step Tutorial 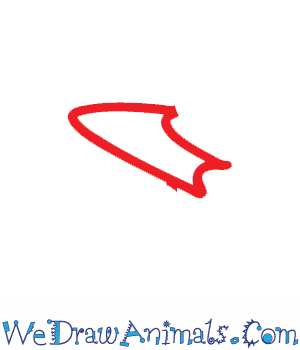 Step 1: To draw the very common Black Bird, let's start with the head, mainly the beak. Draw a rounded triangle shape for the beak and leave a few rounded bits in the back for the head. 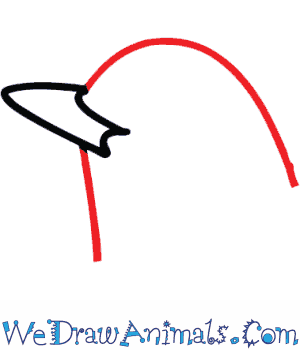 Step 2: To draw the head, make a small curved line over the top to come down. Then, add another straight line coming down underneath the beak for the body. 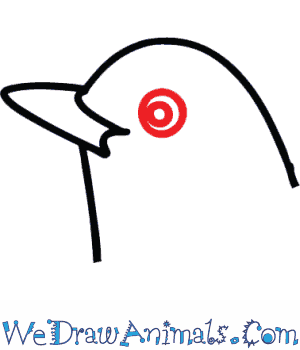 Step 3: To make the back of the Black Bird, draw a long smooth line downward on the back. Bring it to a point for the tail at the bottom. 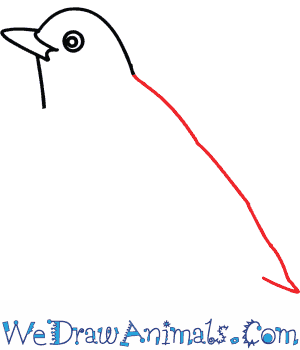 Step 4: Now, for the tummy, draw a long curved line down from the neck. 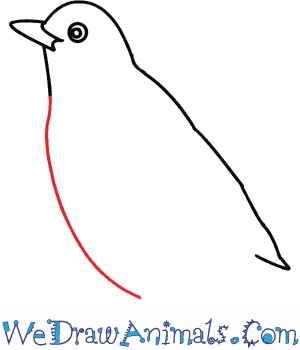 Step 5: Draw the bottom part of a circle for the leg, and continue by extending two lines down for the leg. Add two pointy toes at the bottom of the leg for the feet. 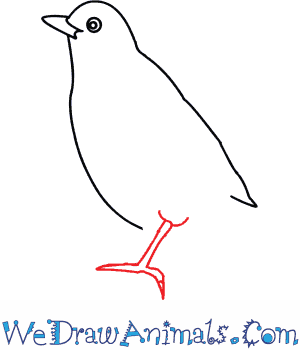 Step 6: Now, add a second leg behind the first one by making a straight line. 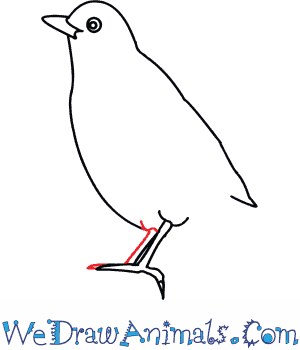 Step 7: Now, add the long wings of the Black Bird by making a few sharp points of the feathers. Don't forget the other wing behind the body. 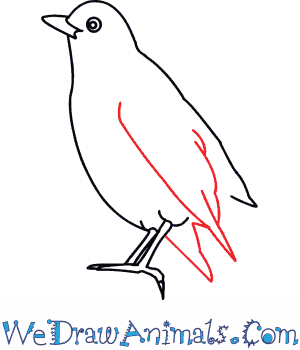 Step 8: Now, extend a few long lines for the tail feathers. Keep a few feathery tips at the end. 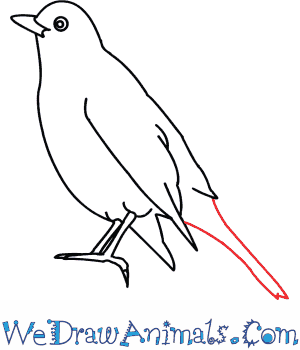 Step 9: Color your Blackbird black from head to toe!

Interesting Facts about the Blackbird

The blackbird can be found in Europe, Asia, and North America naturally while it has also been introduced to Australia and New Zealand where the birds are considers pests. There is only one country in all of Europe that doesn’t have breeding blackbirds, which is Iceland, though they do have a small amount of blackbirds living there during the winter.

How to Draw a Blackbird – Step-By-Step Tutorial