How to Draw a Chamois 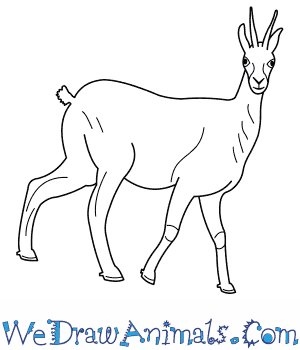 In this quick tutorial you'll learn how to draw a Chamois in 9 easy steps - great for kids and novice artists.

At the bottom you can read some interesting facts about the Chamois.

How to Draw a Chamois - Step-by-Step Tutorial 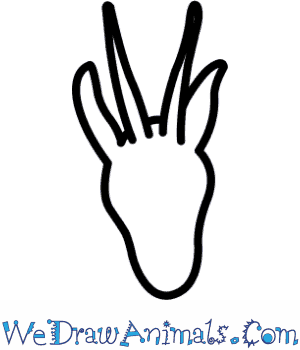 Step 1: To draw the head, start with an upside-down pear shape. Draw the horns at the top of the head, then the ears on either side of the horns. 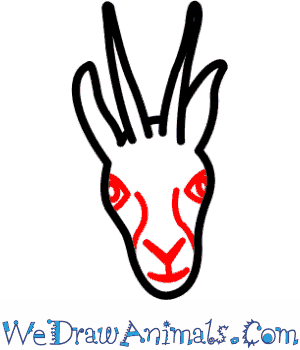 Step 2: For the face, draw two small round eyes far apart from each other, close to edges of the head. Then draw two small curves towards the bottom leading to the nose. For the nose, draw a small v shape with another two lines underneath for the mouth. 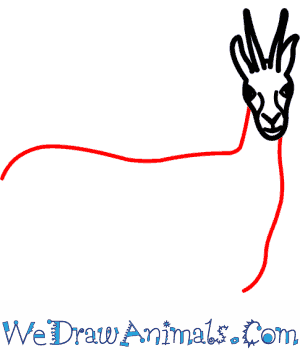 Step 3: Draw the neck, which is a bit longer, and a long curve for the top of the body. Draw another curvy line downward as well. 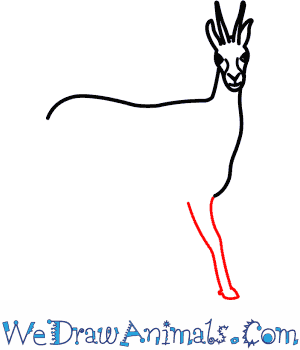 Step 4: For the first front leg, draw two small curved lines and then bring them all the way down and add the hoof at the bottom of the leg. 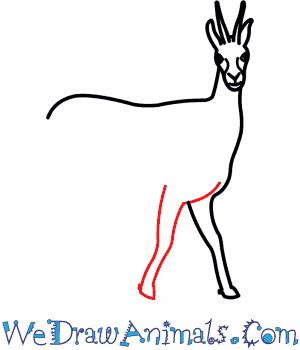 Step 5: To add the other front leg, draw a small curve that goes above the first leg, and make it as long as the first leg 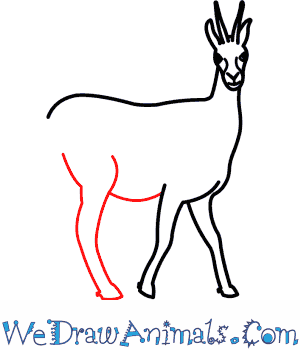 Step 6: Now, add the belly and the first hind leg. Notice that it is higher up than the front leg. The Chamois has strong hind legs because it is a very fast runner! 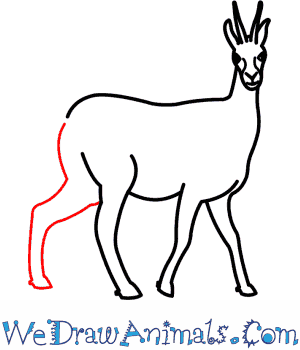 Step 7: To draw the second hind leg, draw a long curve to connect the back, and an L shape that leads down to the hoof. Don’t forget to leave a small space for the tail. 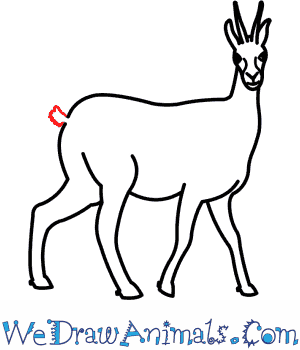 Step 8: Draw the tail, which is short. 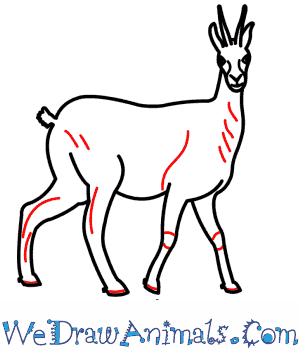 Step 9: Add the patterns on the body as shown in the picture, and you’re done! To color the Chamois, use brown with white patches for the body and white stripes on the face. Their horns are black.

Chamois are animals that look like a cross between a goat and a deer. They are hooved, with brown fur, and long black curved horns. Chamois live in the Alps, a mountain range in Europe. They also live in Turkey, Romania, and the Balkans. A full grown Chamois is 28 to 31 inches tall and 42 to 54 inches long from head to tail. They eat plants like grass, herbs, and tree bark. Because there are so many predators around them such as Grey Wolves and Eurasian Lynxes, the Chamois has to be a fast runner. They can run as fast as 50 Kilometers per hour.

Activity: Use brown and black construction paper to make horns for students. Measure a strip long enough for each student’s head. Glue into a band, and then add two long black “horns” to the side of the headband. When everyone has their horns, they are ready for the lesson. 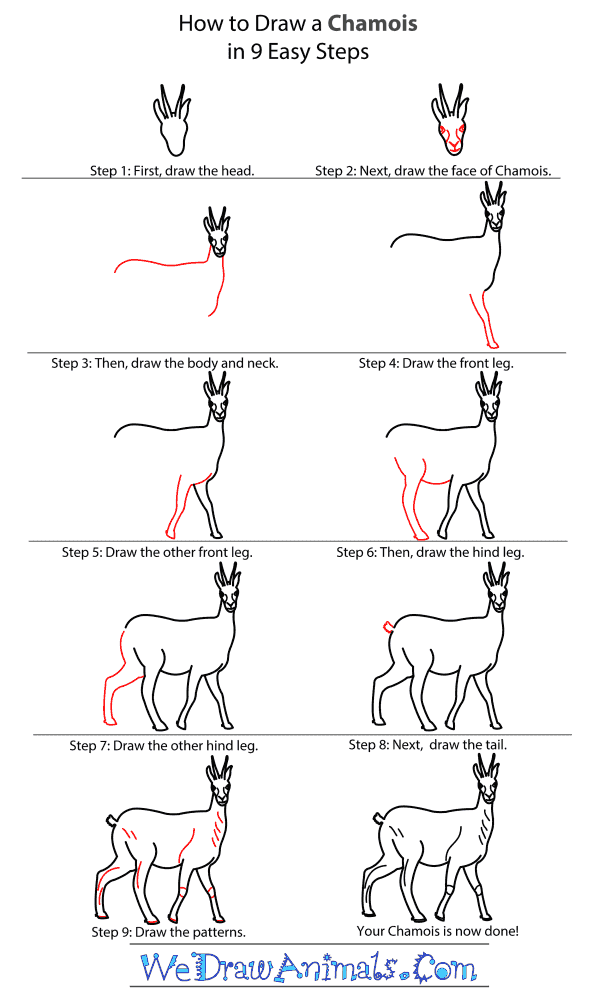 How to Draw a Chamois – Step-By-Step Tutorial