How to Draw a Chinese Alligator 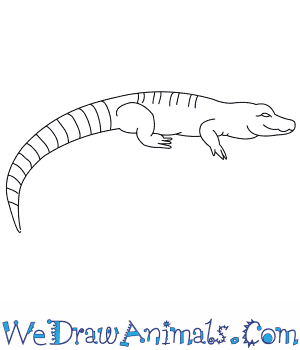 In this quick tutorial you'll learn how to draw a Chinese Alligator in 7 easy steps - great for kids and novice artists.

At the bottom you can read some interesting facts about the Chinese Alligator.

How to Draw a Chinese Alligator - Step-by-Step Tutorial 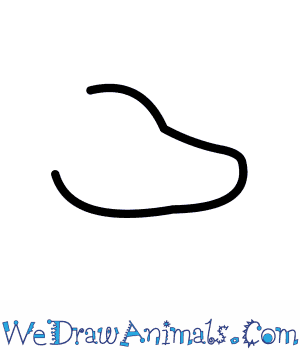 Step 1: First draw the head. It is a sideways "U". The top side of the head has a bump on the very end. 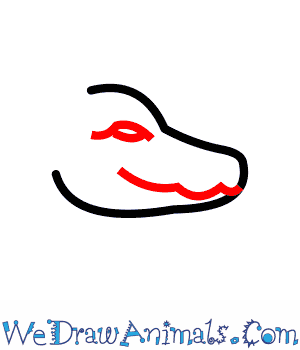 Step 2: Now draw the face. There is a slightly curvy line starting at the end of the snout to about halfway up the head line. This makes the mouth. Above the end of the mouth line draw an oval eye. 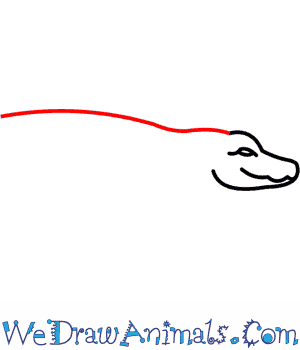 Step 3: Continue the top head line back to the left and curve it down slightly at the end. 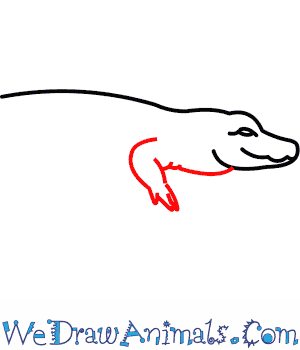 Step 4: Starting under the back of the jaw line draw a neck line to the left. Next draw the front leg. It is a short line down with three toes pointing down. Bring the other leg line back up and bend the top of the line back to the right. 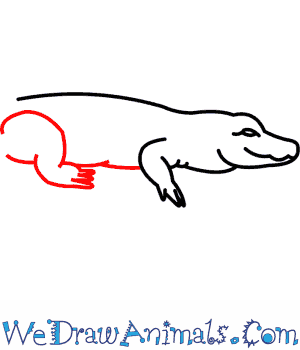 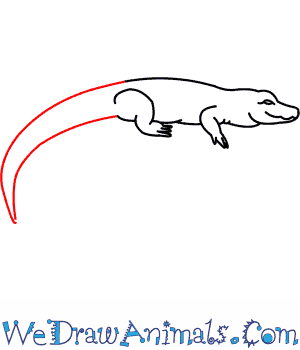 Step 6: To make the tail continue drawing the top back line and the belly line to the left. Curve both lines downward and gradually bring them to a point. 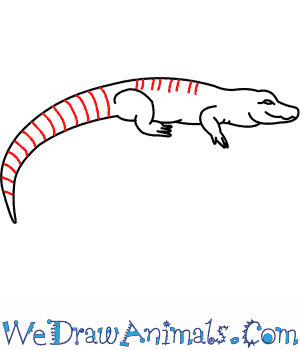 Step 7: Finally draw the body markings. These are a series of short lines that go across the tail. There are shorter lines across the top of the back.

Interesting Facts about the CHINESE ALLIGATOR

The Chinese Alligator is a member of the reptile group and the scientific term for them is Alligator sinensis. This species only lives in eastern China in subtropical waters and is a relative of the American Alligator. They are the most docile member of Alligators or Crocodiles and are behaviorally solitary. However, they spend some of their time singing to each other. This happens usually during mating season in the Spring, and in Winter they remain in their cave.

The reduction in population of this animal is due partly to the ingestion of poisoned rats, the increase of rice paddy farms, and their use as food. Native humans believe that eating the Alligator meat will cure illnesses, including cancer. In market places, live alligators are on display with their mouths taped shut, waiting to be chosen by the purchaser, similar to the way lobsters are shown and sold. These animals have a low population amount and are considered to be critically endangered to the possibility of extinction. 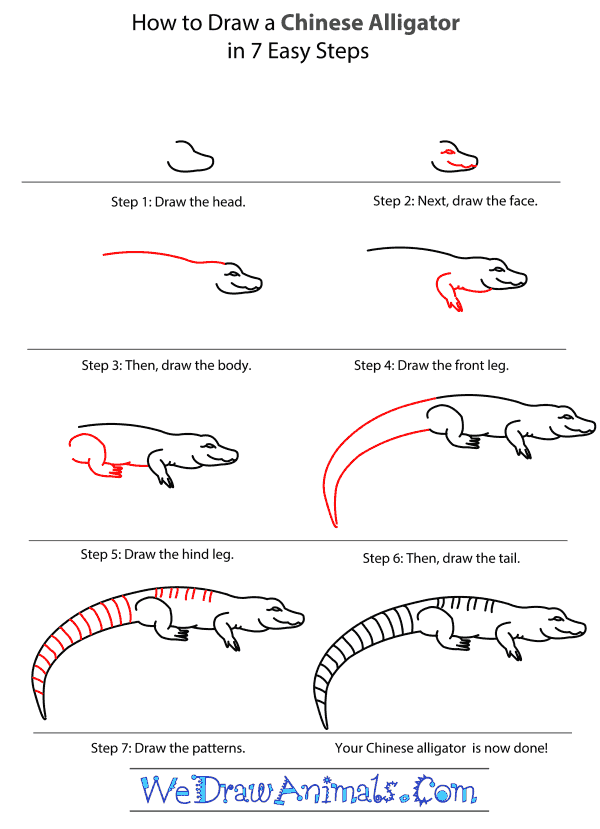 How to Draw a Chinese Alligator – Step-by-Step Tutorial

Next post: How to Draw a Chinese Water Deer