How to Draw a Crab Spider 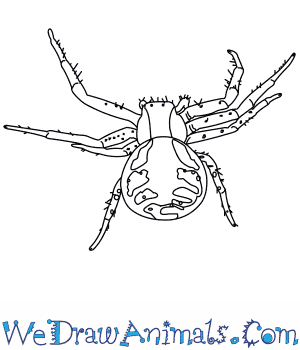 In this quick tutorial you'll learn how to draw a Crab Spider in 8 easy steps - great for kids and novice artists.

At the bottom you can read some interesting facts about the Crab Spider.

How to Draw a Crab Spider - Step-by-Step Tutorial 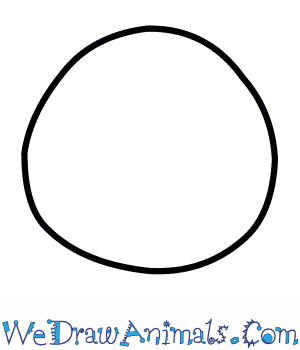 Step 1: To draw a Crab Spider, start with a large circle. Female Crab Spiders can grow to 8mm's and are usually bigger than Males. 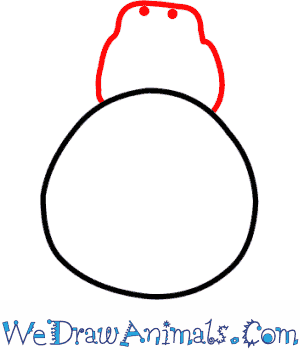 Step 2: Add a rounded rectangle shape at the top to make the head, with two small dots for eyes. 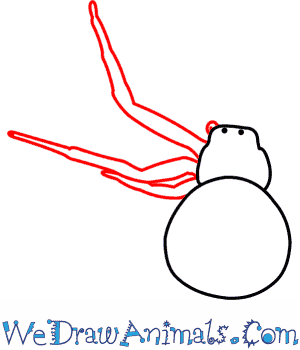 Step 3: Now let's draw the legs on the top left side as shown in the picture. The Crab Spider has long legs with points at the end. They also do not make webs like other spiders do. Instead, they jump on their prey and poison them. 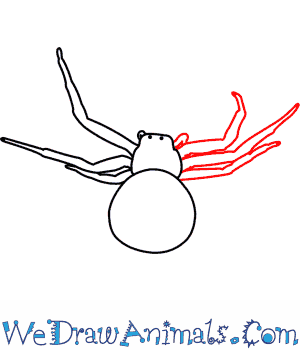 Step 4: Add the legs on the top right to match the ones you drew on the left. They are called Crab Spiders because the front legs look just like a Crab and they walk sideways, just like a crab! 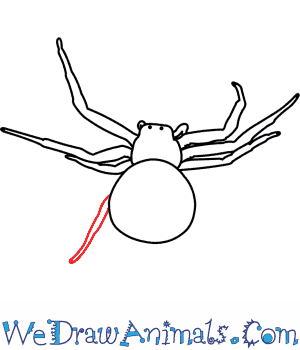 Step 5: Draw the first hind leg on the bottom right with two straight lines and a closed tip. 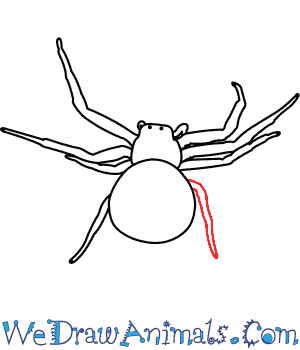 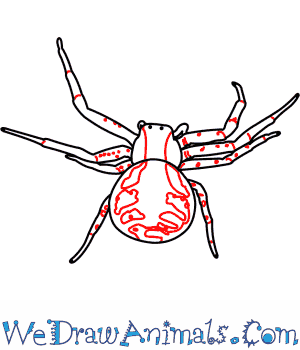 Step 7: Next, add dots on the legs for the pattern, and some squiggly lines on the body for detail, which is very unique! 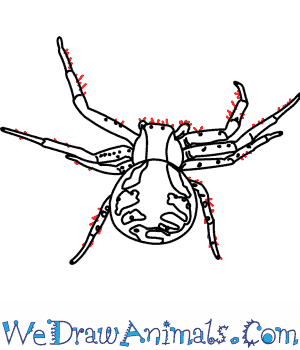 Step 8: Finally, draw small lines around the body to add the hairs on the Crab Spider. You can use brown or gray to color your Crab Spider.

A Crab Spider got its name because it walks side to side like a crab. They are found all over the world and are most often found in gardens. Crab Spiders are normally brown, but they can be grey. These spiders don’t build webs; they jump on their prey and poison them. The female is much bigger than the male; she can grow to 8 millimeters, while the male only grows to 5. During mating season a male has to trap a female to mate. It he doesn’t, she’ll eat him.

Activity: For those days that the kids just won’t settle down try a Spider Crab Race. Find a suitable place to have a foot race and tell the kids they have move side to side. Make them do laps if necessary, but it will help burn off that extra energy. 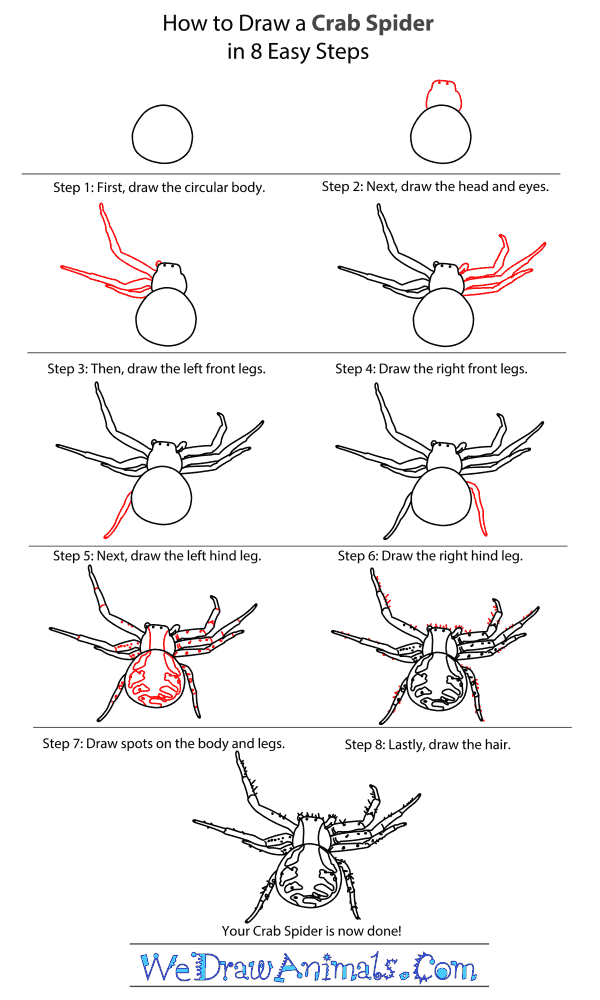 How to Draw a Crab Spider – Step-By-Step Tutorial

Next post: How to Draw a Desert Rain Frog