How to Draw a Crabeater Seal 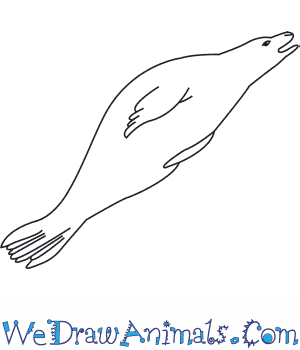 In this quick tutorial you'll learn how to draw a Crabeater Seal in 5 easy steps - great for kids and novice artists.

At the bottom you can read some interesting facts about the Crabeater Seal.

How to Draw a Crabeater Seal - Step-by-Step Tutorial 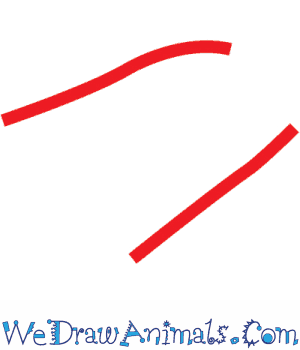 Step 1: To draw a crabeater seal, start with two lines that angle toward each other. This will make the head. 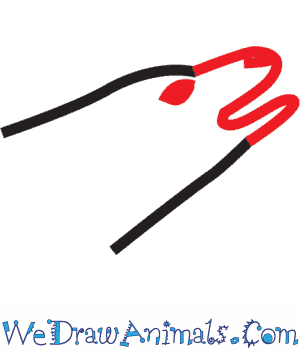 Step 2: Next, draw an m shape at the smaller end for the nose and mouth. Add a dot on the tip of the nose, and another circle for the eye. Although this is called a crabeater seal, there are no crabs in its natural habitat! Instead, it has specially designed teeth to catch and eat krill. 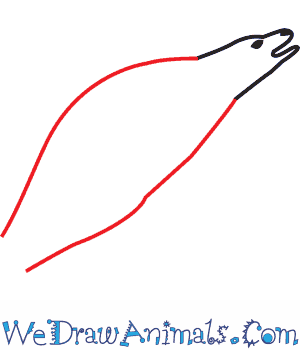 Step 3: Now draw the body. Curve the top line out for the back, and angle both lines toward each other, leaving the bottom open for the tail. 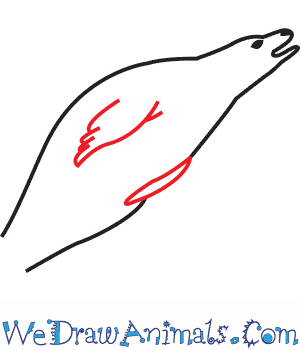 Step 4: Next, make the flippers. They are shaped a lot like wings. 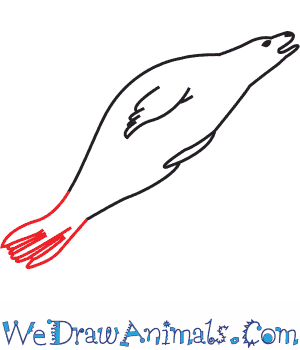 Step 5: Lastly, draw the tail by making two Ws right next to each other at the base of your body. Congratulations, you just drew a Crabeater Seal! These seals are white or light gray as adults if you want to color it.

Interesting Facts about the CRABEATER SEAL

The Crabeater Seal is a member of the seal family and the scientific term for them is Lobodon carcinophaga. They get their name by having lobe-toothed (lobodon) jaws and crab eater (carcinophaga) diets. Their name is misleading, since they don’t feed on large crustaceans like the “Crab” but small crustaceans like Krill, for which their mouth is specialized for filtering from water.

These pale animals live on the coast of Antarctica and make up the most abundant species of seal in the world. They’re one of several different species that are ancestors of the prehistoric Elephant Seal. Crabeaters use a serpentine motion to travel on land for short distances. They may hunt in groups of several hundred individuals and jump entirely out of the water. 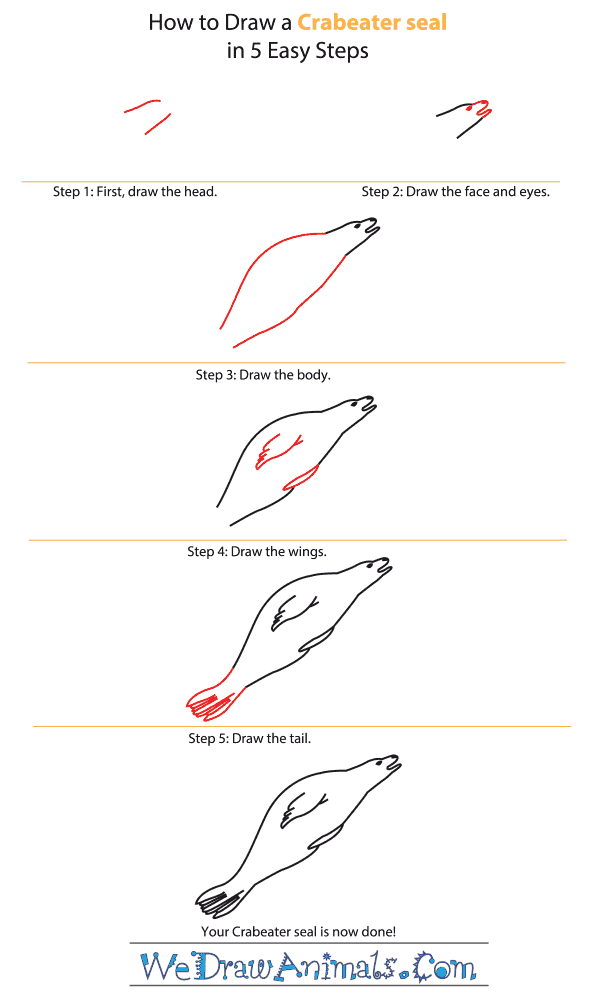 How to Draw a Crabeater Seal – Step-by-Step Tutorial

Next post: How to Draw a Death Watch Beetle