How to Draw a Dusky Shark 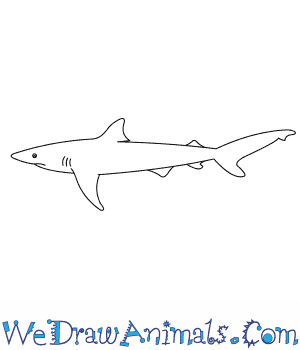 In this quick tutorial you'll learn how to draw a Dusky Shark in 6 easy steps - great for kids and novice artists.

At the bottom you can read some interesting facts about the Dusky Shark.

How to Draw a Dusky Shark - Step-by-Step Tutorial 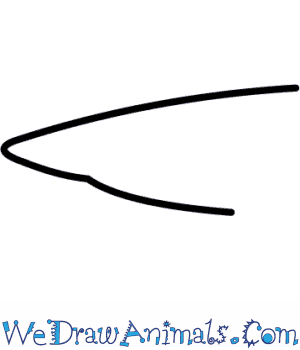 Step 1: First, draw half of an oval for the head of your shark. Curve the bottom slightly for the mouth. 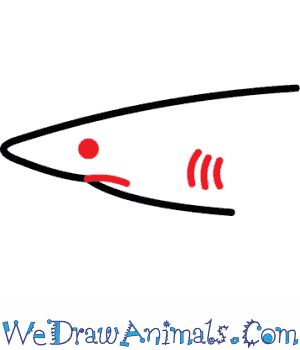 Step 2: Next, draw the face. Place a small black circle above the slight curve you made. From that curve draw a short line that bends downwards into a frown. Draw three slightly curved lines for the gills of your shark. 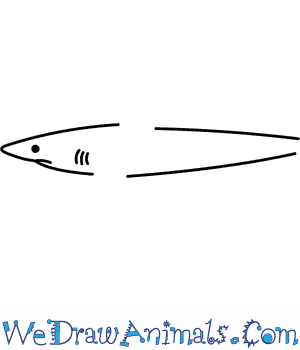 Step 3: Then, draw the body by making two lines that mirror each other. Leave an empty space on the back and chest of your shark for the upper and lower fins to go later. 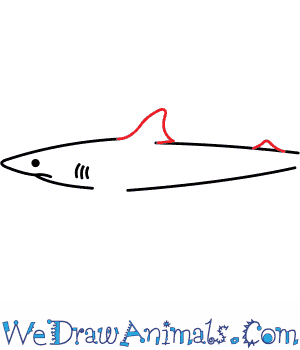 Step 4: Draw the two upper fins in a triangular shape. In the top space you left, draw the bigger fin and bring it to a rounded point. The smaller fin at the back should come to a fine point. 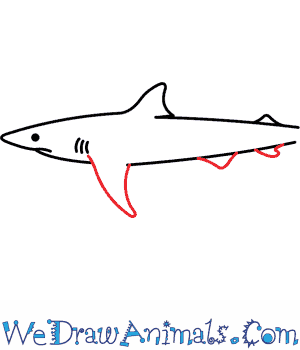 Step 5: In the empty space you left at the bottom of your shark, draw a long fin that points down. Draw two more fins at the back of the shark like you see in this picture. 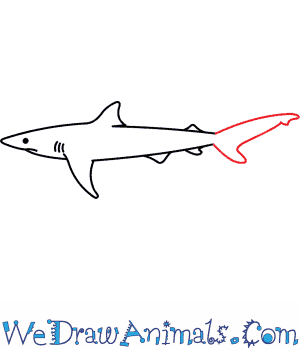 Step 6: The last step is to draw a large boomerang-shape for the tail. Add a notch with a point at the tip of your shark's tail.

Interesting Facts about the Dusky Shark

Dusky sharks (Carcharhinus obscurus) live in warm and tropical waters around the world. They migrate towards the poles in the summer and the equator in the winter, often covering hundreds of miles.

Lesson plan note: Discuss how commercial and overfishing can have such a negative impact on dusky shark populations. 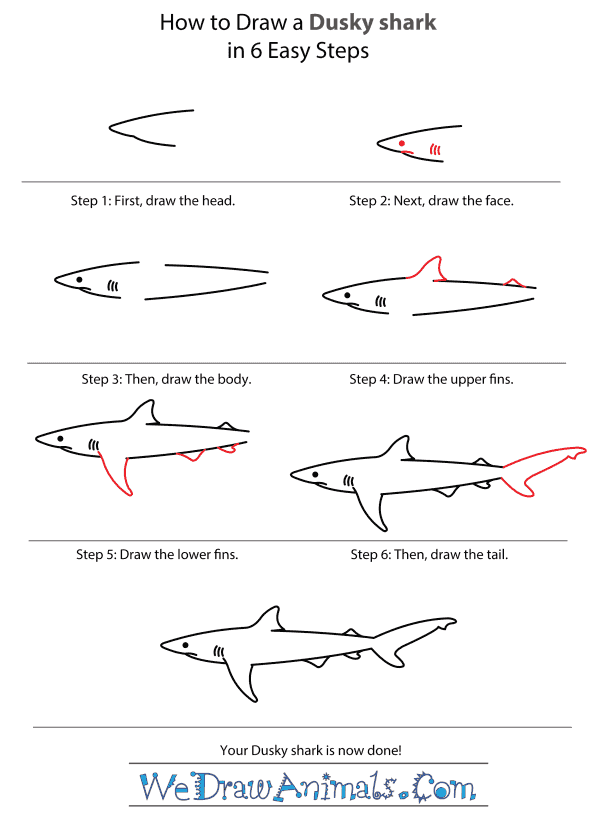 How to Draw a Dusky Shark – Step-by-Step Tutorial