How to Draw a Field Grasshopper 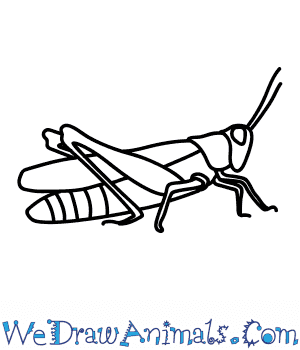 In this quick tutorial you'll learn how to draw a Field Grasshopper in 7 easy steps - great for kids and novice artists.

At the bottom you can read some interesting facts about the Field Grasshopper.

How to Draw a Field Grasshopper - Step-by-Step Tutorial 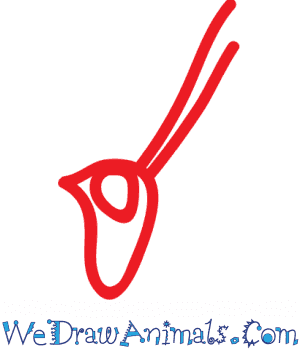 Step 1: Draw the head, with a large eye and two large curved antennae 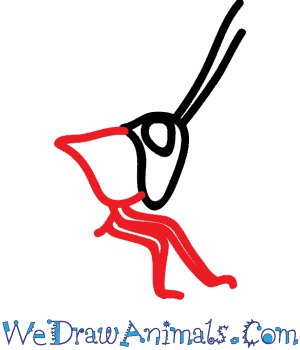 Step 2: Add the next section of the body and two thin legs 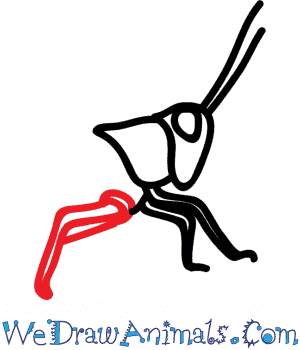 Step 3: Draw the next set legs, longer than the first 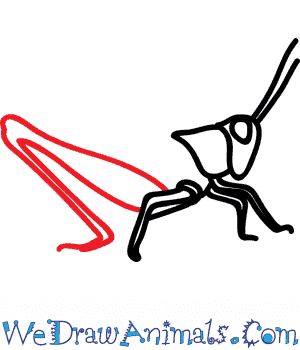 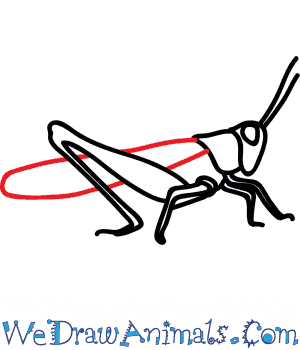 Step 5: Draw the wing down the middle behind the bent back leg 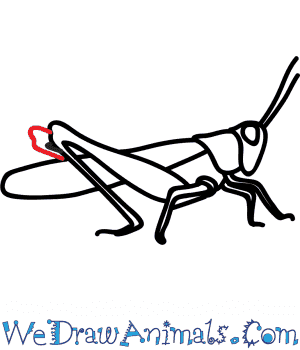 Step 6: Draw the other hind leg 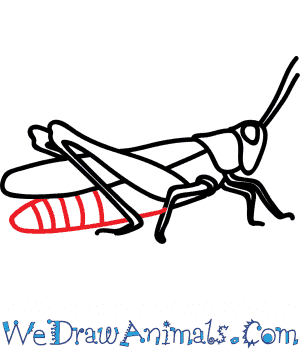 Step 7: Underneath the wing, draw the abdomen (oblong shape) and add lines on it.

Interesting Facts about the Field Grasshopper

This small insect shows a great variety in its appearance, its colors ranging from brown to black, green, white and purple. Most of these creatures are brown in color, but the other colorings are not rare to see among their numbers. In addition to the coloring of their bodies, the field grasshopper’s wings can also be quite varied. The wings of this grasshopper can be mottled in pattern, striped, stripe-mottled or entirely plain. This is associated with their body color, as green and purple grasshoppers tend to have plain wings, black ones have mottled wings, and the brown variant of this species has a varying wing pattern that differs from insect to insect. This animal is found in the dry shrub lands of Europe, North Africa and Asia. They prefer to live in heathlands, areas with acidic soil and low-growing woody vegetation, because there is less human intervention in these habitats than one would find in more commonly-used agricultural areas. They are very common in these areas additionally because there is no livestock grazing that can interrupt their food supply. The field grasshopper is an herbivore that eats mostly grasses.

This species is very adaptive, able to engage in a process called “diapause,” which is a delay in development caused by environmental conditions that will make it hard for eggs and hatchlings to thrive. While the offspring are still in their eggs, there is not much water needed to sustain them. However, they cannot become completely dehydrated. It matters far less how much water they take in, than it does that they take in any water at all. Grasshopper eggs will undergo diapause during the winter, but will usually hatch ten weeks after being laid. The development of the hatchlings is not affected by humidity, but rather by the source of heat that they receive their warmth from. Radiant heat helps them to reach adulthood on average six weeks sooner than other grasshoppers who do not have access to radiant heat. Pollution caused by humans has negatively impacted the growth of this species, because grasshoppers will use their body’s own resources to fight against harm caused by heavy metals and garbage in their habitat, instead of focusing these internal resources on their own growth. 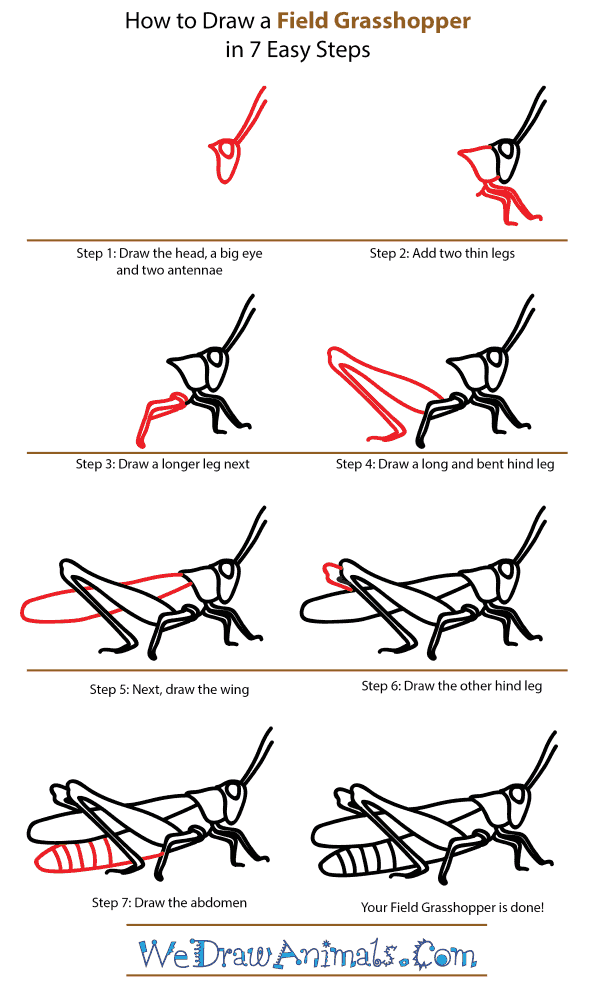 How to Draw a Field Grasshopper – Step-by-Step Tutorial