How to Draw a Gerenuk 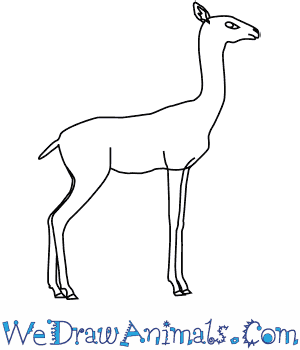 In this quick tutorial you'll learn how to draw a Gerenuk in 6 easy steps - great for kids and novice artists.

At the bottom you can read some interesting facts about the Gerenuk.

How to Draw a Gerenuk - Step-by-Step Tutorial 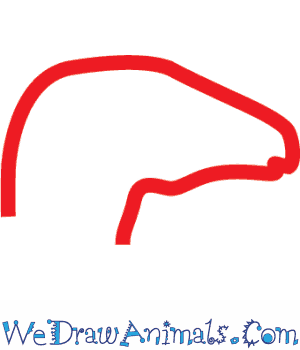 Step 1: Start drawing the Gerenuk by making the head first. Draw two curved lines in the shape of an almond. 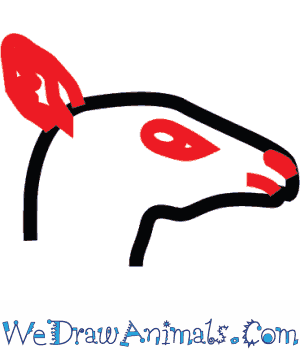 Step 2: Add a small oval shape at the top for the ears, and another small almond shape for the eye as well. The eyes and ears are large in comparison to the small head. Also draw a very small line for the mouth. 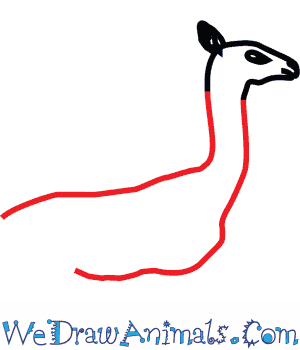 Step 3: For the body, first draw the neck by bring two lines straight down, and then curve them towards the back. Make sure to leave the back open for the tail. The Gerenuk means 'giraffe-necked in the Somali language. 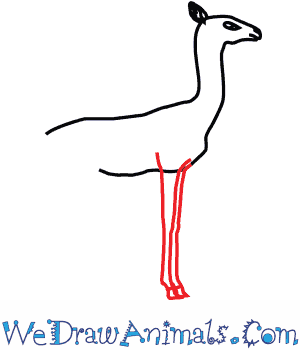 Step 4: Now draw three lines down to make the front legs. Close them off with two small squares to make the hooves. 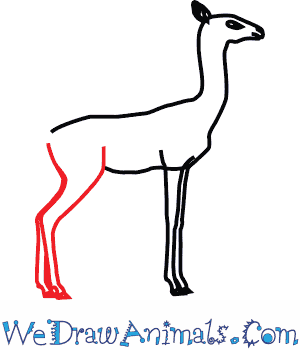 Step 5: Notice the back legs are a bit wider at the top and have more of a curve than the front legs. Their legs are long and thin, which makes helps them run very fast. 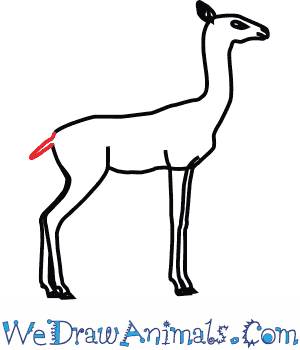 Step 6: Finish off by adding a small tail at the back of the Gerenuk. You can color the Gerenuk brown with a few black marks inside the ear. Only the male Gerenuk ever have horns.

Interesting Facts about the Gerenuk

The Gerenuk, often also commonly called the Waller’s Gazelle, is a type of long necked antelope. You can find these long necked creatures in the Horn of Africa as well as the African Great Lakes area. These antelopes have a medium shade of brown for a coat with a white or a paler brown for their underbelly. They also have small tails that are black at the tip. 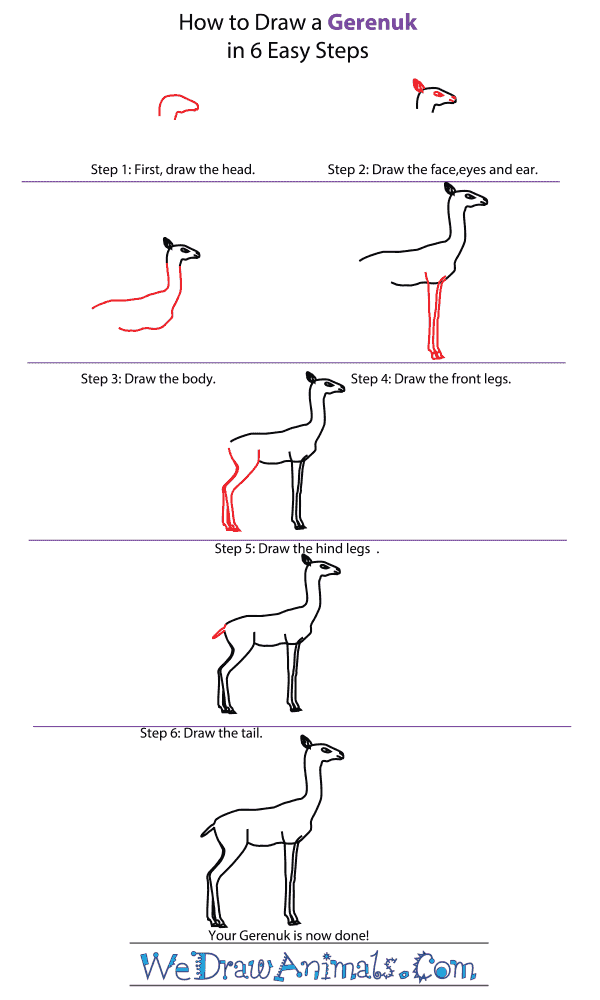 How to Draw a Gerenuk – Step-by-Step Tutorial