How to Draw a Giant Catfish 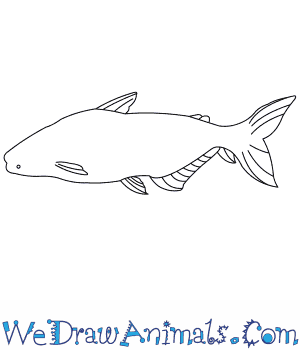 In this quick tutorial you'll learn how to draw a Giant Catfish in 7 easy steps - great for kids and novice artists.

At the bottom you can read some interesting facts about the Giant Catfish.

How to Draw a Giant Catfish - Step-by-Step Tutorial 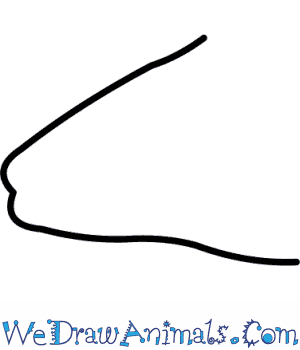 Step 1: Draw a curved, sideways M for the head. 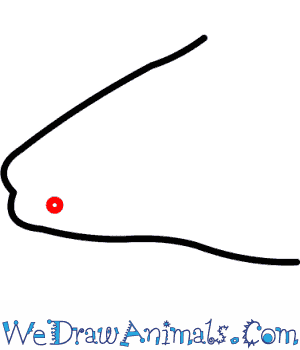 Step 2: Draw a tiny circle near the bottom of the head for the eye. 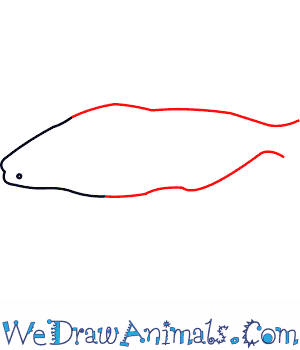 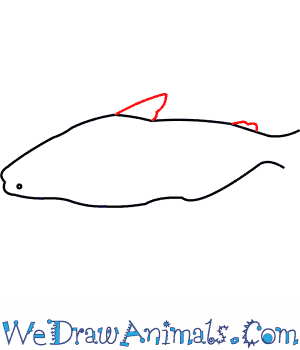 Step 4: On top of the body, draw one fin on the highest point, and one very small fin near the tail. 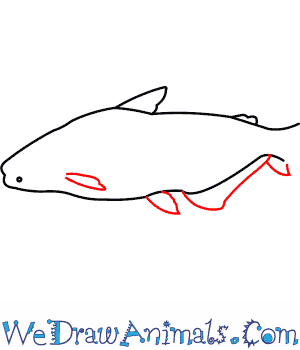 Step 5: Draw a narrow fin on the back of the head, near the bottom. On the bottom of the body, draw one fin in the middle, a very long one on the upward curve behind it, and a small fin near the tail end behind that. 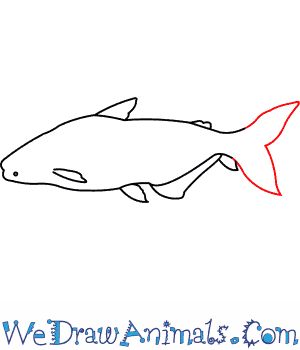 Step 6: End the tail in a wide, sideways W-shaped fin. 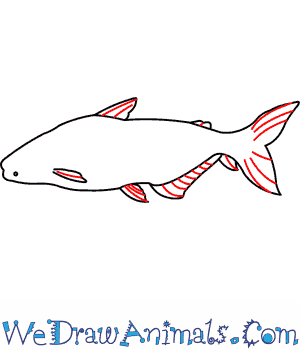 Step 7: Draw lines on all of the fins. Done! You can color it any shade of grey to white. These fish are native to the Mekong River in Southeast Asia.

Interesting Facts about the GIANT CATFISH

The Giant Catfish is a member of the fish group and the scientific term for them is Pangasianodon gigas. Another common name for this species is the Mekong Giant Catfish. It lives in a river of the Mekong basin at Vietnam on Southeast Asia. Legends of Thailand make this fish highly revered, so there are rituals and offerings made to this creature on a regular basis. This creature is the largest freshwater fish in the world.

Former sightings have placed this creature in China and Cambodia, but currently it only officially resides in the brackish water of the Mekong River delta at the sea. This animal is harmless to humans as they contain no teeth. As babies this species eats zooplankton and can be cannibalistic. Afterward, the fish feed on filamentous algae from rocks and occasionally ingest larvae, algae, bacteria, and microbes. These animals have a low population amount, and are considered to be critically endangered to the possibility of extinction. 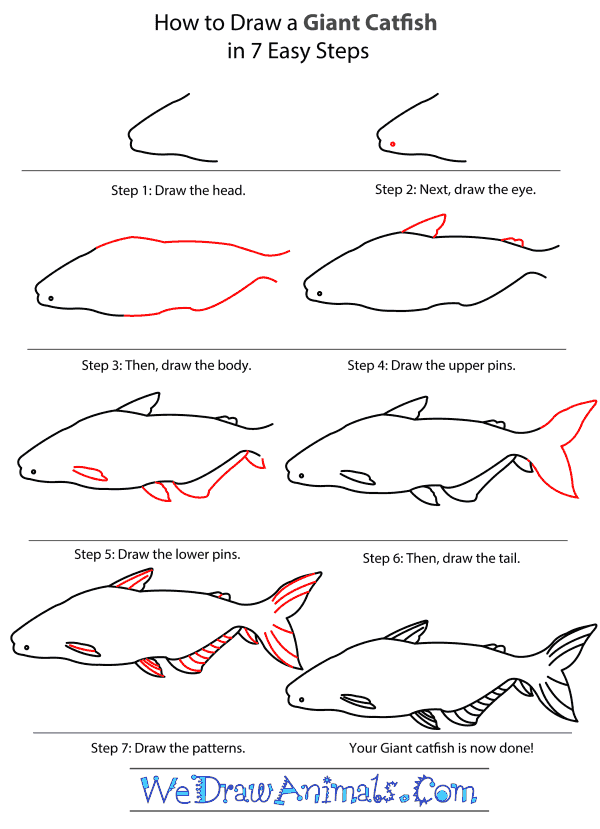 How to Draw a Giant Catfish – Step-by-Step Tutorial

Next post: How to Draw a Great Crested Newt