How to Draw a Golden Toad 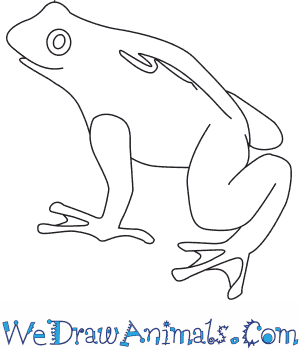 In this quick tutorial you'll learn how to draw a Golden Toad in 5 easy steps - great for kids and novice artists.

At the bottom you can read some interesting facts about the Golden Toad.

How to Draw a Golden Toad - Step-by-Step Tutorial 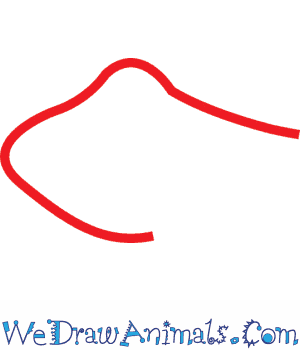 Step 1: Start with our golden toad's head. Add in enough room for the eye on top. 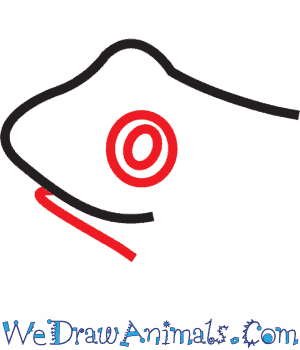 Step 2: Draw a circle within a circle for the eye and give the toad a mouth. He's looking pretty pleased! 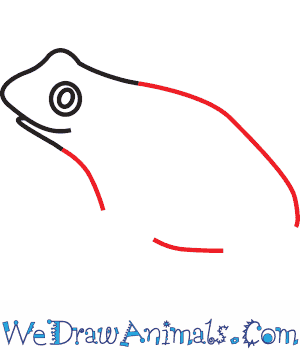 Step 3: From the base of the neck draw a curved line for his back. Do the same for the underbelly, but leave spaces for his legs! 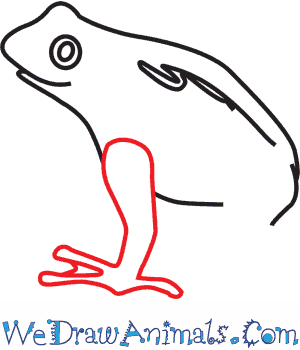 Step 4: Draw the front legs and feet. See the webbing between the toad's toes? That helps him swim! 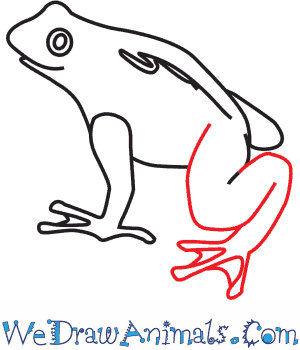 Step 5: Now draw the back legs. These will be thicker than the front legs, and curved too. Add webbing here as well!

The Golden Toad is one of the most well-known cases of extinction. Scientists can tell us how the toads were killed off and why. Golden Toads lost their habitat and the climate changed. The fast change of wet rainforests caused many eggs to die before they could hatch. The Golden Toad lived in Costa Rica, they liked ponds and marsh areas, but those breeding grounds eventually dried up. Females were larger than males; they measured 42-56 millimeters long. A male only reached 39-48 millimeters long.

Activity: Draw a Golden Toad and distribute a copy to each student. Gather up art supplies like markers, crayons, colored pencils, and tempera paint. Tell each child to color their toad according to whether they are a girl or a boy. So if a student is a boy his toad will be the orange gold color. If the student is a girl, then her toad needs to have red and yellow spots. 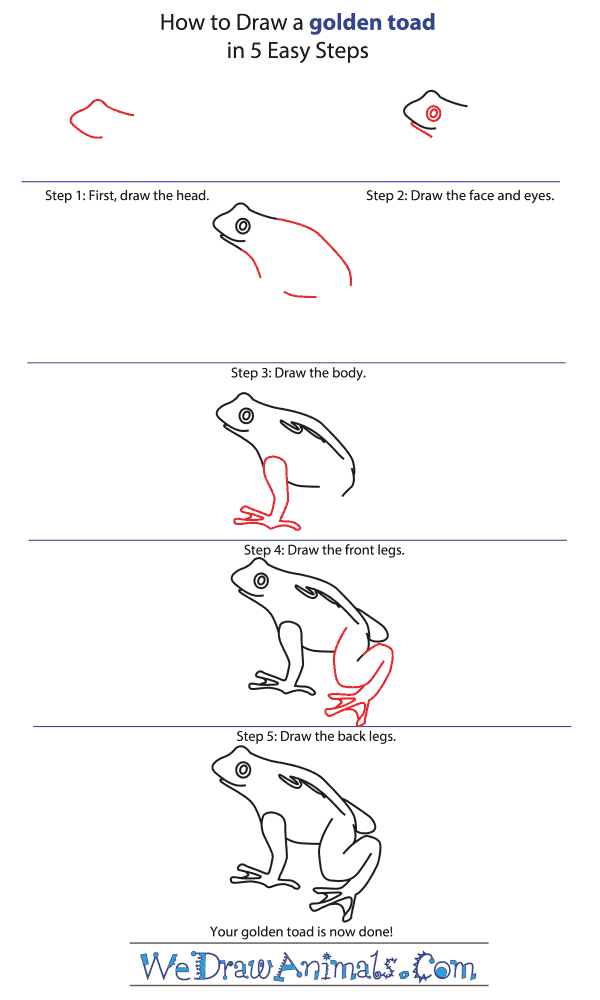 How to Draw a Golden Toad – Step-by-Step Tutorial