How to Draw a Great White Shark 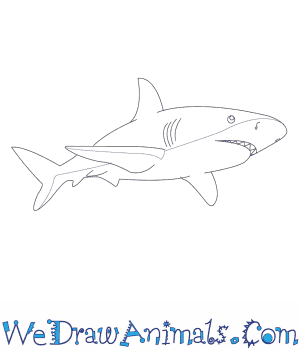 In this quick tutorial you'll learn how to draw a Great White Shark in 9 easy steps - great for kids and novice artists.

At the bottom you can read some interesting facts about the Great White Shark.

How to Draw a Great White Shark - Step-by-Step Tutorial 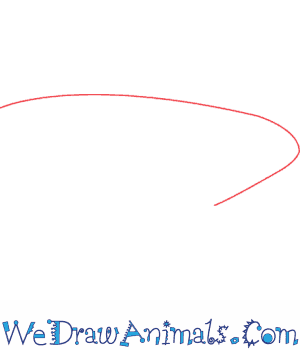 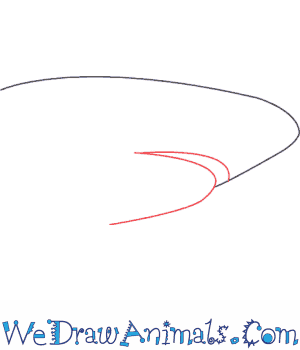 Step 2: Trace two smaller frowns, one for the mouth and one for the lower jaw making it longer than the first one. 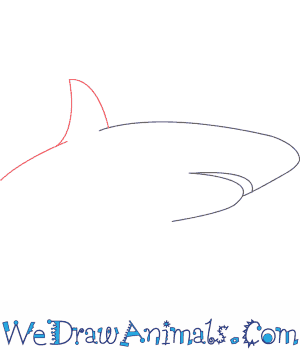 Step 3: Now, draw the upper fin by tracing a triangular shape at the top of the head, and continuing the line to create the back. 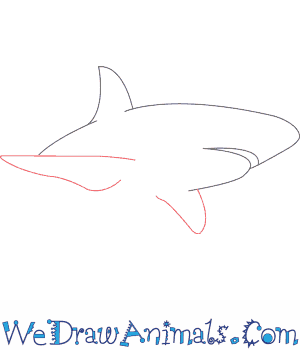 Step 4: Draw the side fins, now, giving them a triangular shape. 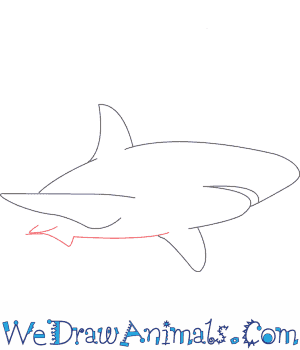 Step 5: Trace a line along the bottom for the belly of the shark. 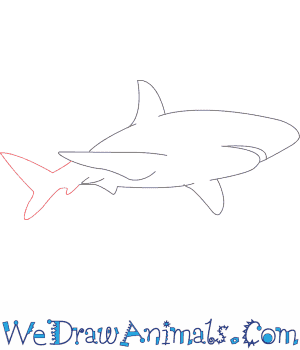 Step 6: To help you draw the tail, trace two triangular shapes stuck together at one end. Make sure to trace a line that connects the tail to the top of the body, and draw some tiny triangular shapes next to the belly for detail. 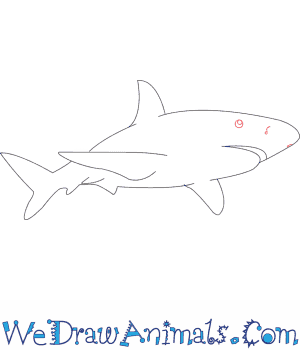 Step 7: At the top of the head, draw a circle for the eye, and at the front of the head draw two long holes for nostrils. 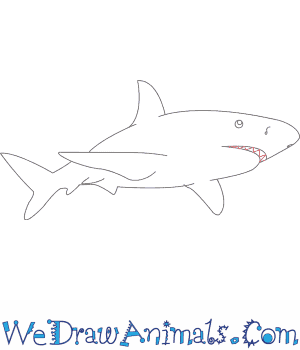 Step 8: Next, draw little triangles along the mouth for sharp teeth. 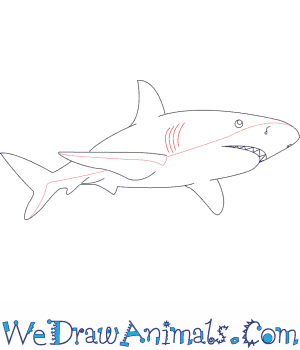 Step 9: Trace four curbed lines above the fin for gills, and trace a light line along the whole body of the shark for more detail. There's your great white shark! Did you know that great white sharks have a lifespan of about 30 years?

Great white sharks are a species of sharks that live on all coastal waters except in Antarctica. The United States, Japan, and South Africa are three of the countries with the largest populations of great white sharks.

The most famous great white shark, perhaps, is the one from the movie Jaws. The movie is about a shark that attacks people on a beach. Although this movie has made many people afraid of sharks, shark attacks are actually very rare. 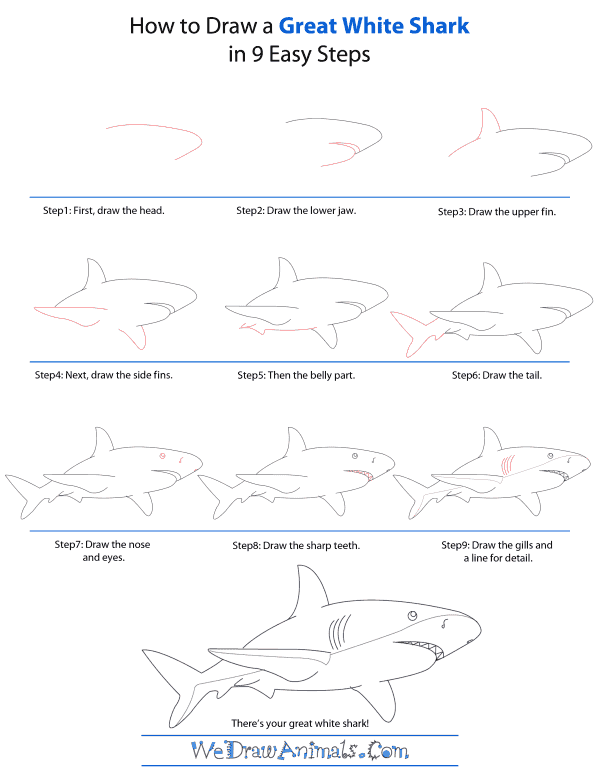 How To Draw A Great-White-Shark – Step-by-Step Tutorial