How to Draw a Guillemot 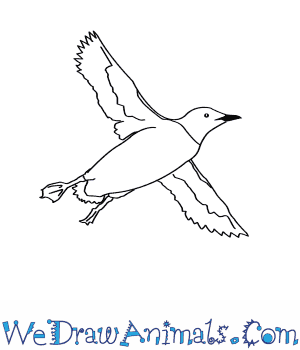 In this quick tutorial you'll learn how to draw a Guillemot in 7 easy steps - great for kids and novice artists.

At the bottom you can read some interesting facts about the Guillemot.

How to Draw a Guillemot - Step-by-Step Tutorial 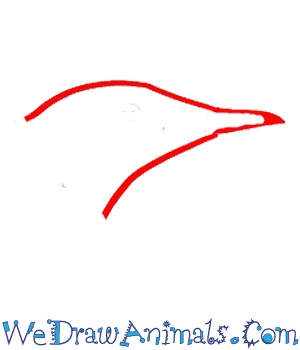 Step 1: Start off our guillemot by outling the shape of its head. Include the shape of the beak to the right of the head. 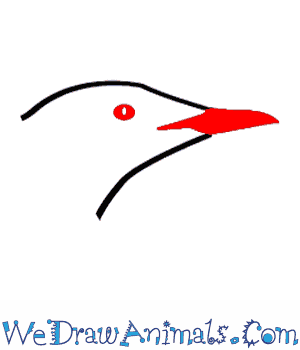 Step 2: Add detail to the face and the beak. A single, bold dot will serve for the eye. Fill in the beak and draw a short, straight line onto the face. 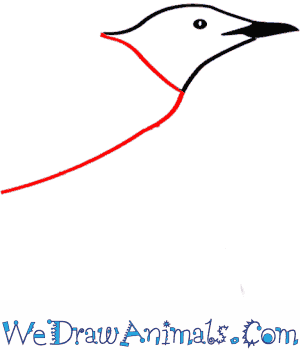 Step 3: Let's move on to the body. Give the guillemot a neck and from there curve around to draw the underbelly of the bird. 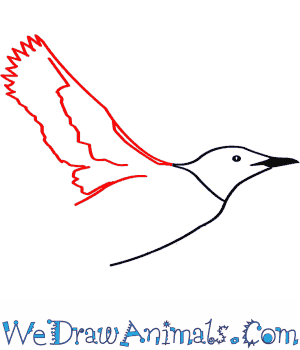 Step 4: Now for the fun part! Draw the wing straight out from the base of the neck. Then make jagged marks for the feathers at the end of the wing. Add in some patterns. 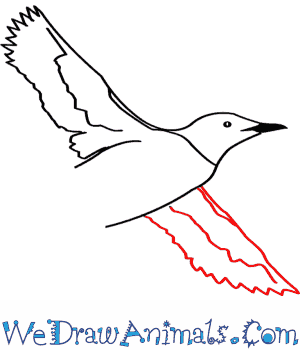 Step 5: Now draw the other wing, do the same thing you did before! Did you know that these birds are so small they'd fit very coomfortably in the palm of your hand? 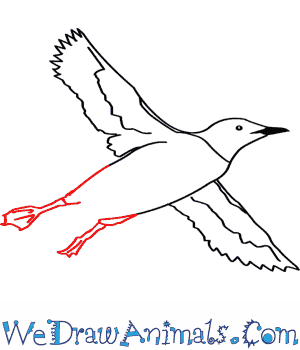 Step 6: Then, draw two short legs and a foot on either one. 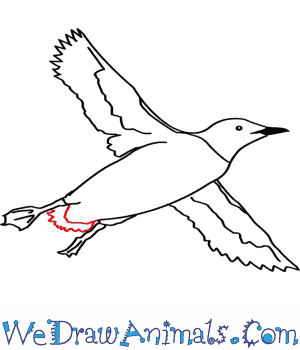 Step 7: And finally, draw a frilly fan shape for the tail!

Black Guillemot is a black and white bird that covers the far northern area of the world such as Canada and Greenland. They are mostly around the coastal areas and unlike other members of the puffin family; they forage in shallow near-shore water.The nest may consist of shells, pebbles, seaweed and bones or eggs might be laid directly on rocks with no nest materials. They are often on rocky coasts, under an overhang or boulder, sometimes in a cavity.

Black Guillemot’s breed colonially with different densities. They are smaller more south on the breeding range due to more predators but in the high arctic region where there is more food, some colonies have 2,000 to 10,000 pairs. 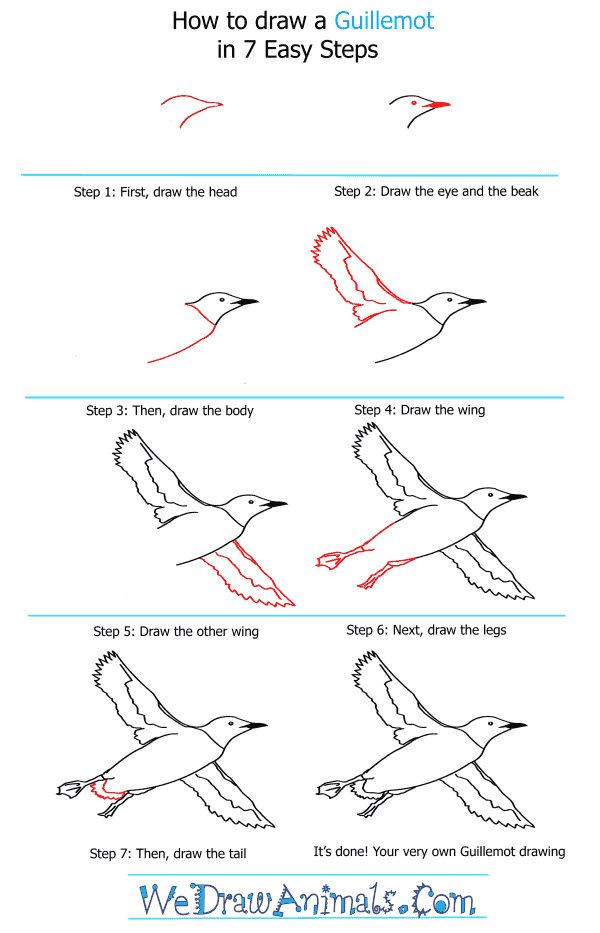 How to Draw a Guillemot – Step-by-Step Tutorial