How to Draw a Hermit Crab 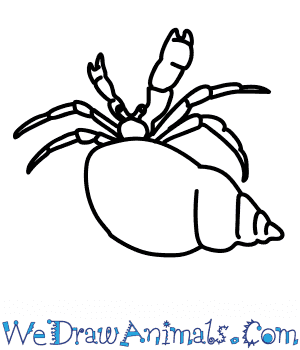 In this quick tutorial you'll learn how to draw a Hermit Crab in 6 easy steps - great for kids and novice artists.

At the bottom you can read some interesting facts about the Hermit Crab.

How to Draw a Hermit Crab - Step-by-Step Tutorial 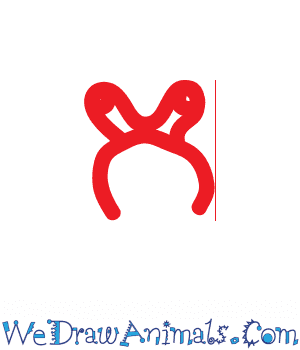 Step 1: Draw a circle with two small ovals on top for the head 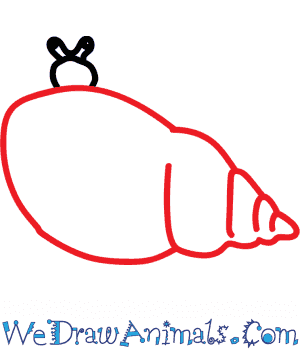 Step 2: Draw a spiral seashell (it can have lots of spirals if desired) 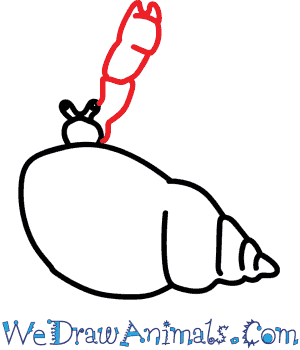 Step 3: From the right side of the head, draw a large claw pointing upward 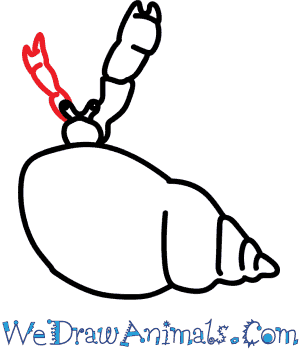 Step 4: Repeat with the left side of the head, only make it smaller 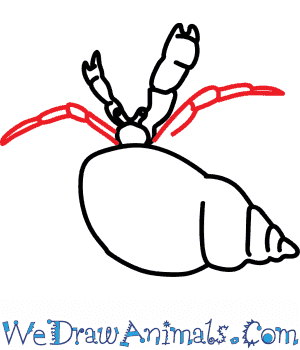 Step 5: Draw another pair of legs underneath them 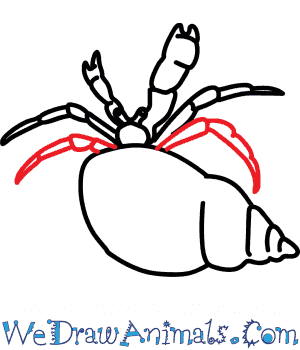 Step 6: Draw the final pair of legs beneath the second set, only smaller

Interesting Facts about the Hermit Crab

This hugely varied species of crab consists of 1,100 different sub-species, both water-dwelling and terrestrial. They are most commonly noted for their shell, which is usually scavenged from other animals and covers their entire torso. Though the torso is not usually seen except for when the hermit crab is changing shells, it has been observed as being long and asymmetrical and resembling a spiral in shape. They can retract their entire body, head and all, into the interior of their shell, which is usually found shells of sea snails, or even hollow pieces of stone or wood. They use their curved tails to hold the shell in place on their backs, as to avoid losing it while they navigate their habitat. There is no consistent size of this species, as they all vary quite a bit in length and height. The largest land invertebrate in the world is the shell-less hermit crab, known as the coconut crab. Despite this species’ name, the hermit crab actually bares fewer resemblances to the common crab than it does with lobsters. The hermit crab requires larger shells as they grow, forcing them to find new shells every now and then to accommodate their growing size. Since intact shells can be difficult to find, they will often have to compete with other hermit crabs for them. If they cannot find a suitably sized shell to change into, the hermit crab’s growth will be noticeably stunted by its small, ill-fitting shell.

Arts and Crafts Activity Notes: : Draw the hermit crab’s spiral body, head and limbs and make enough copies for each participant to have one. Instruct them to color their crab with crayons, colored pencils or markers, and then carefully cut them out with safety scissors. Once this is done, set aside the hermit crab design for now, and have each participant fashion their own shell for their drawn crab. This can be done with pages from magazines, repurposed fabric such as felt or old cloth rags, and anything else that you can think of that can be easily glued or taped to the back of the crab. Instruct each participant to glue their pieces of material together in whatever form they’d like, creating their own custom shell, and once the glue has dried, have them fix it with tape or glue to the back of their crab. Once everyone has finished this task, arrange the hermit crabs on a wall or board in order from smallest to largest shell, to create your own vacancy chain! 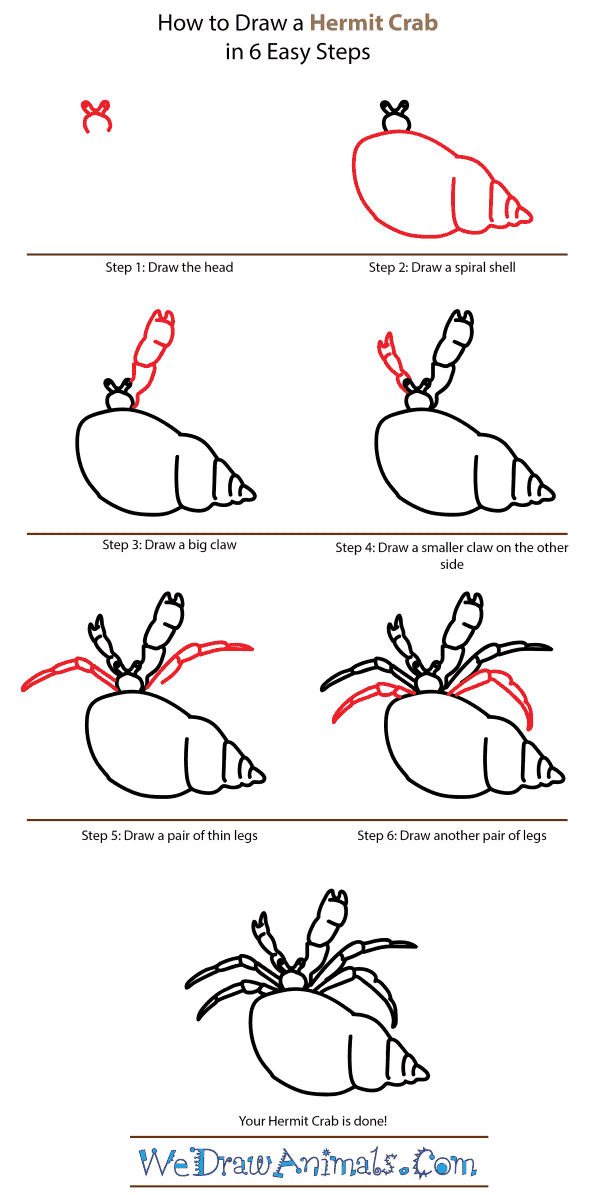 How to Draw a Hermit Crab – Step-by-Step Tutorial