How to Draw a Honeysuckle Flower 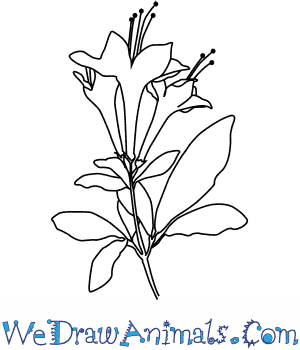 In this quick tutorial you'll learn how to draw a Honeysuckle Flower in 4 easy steps - great for kids and novice artists.

At the bottom you can read some interesting facts about the Honeysuckle Flower.

How to Draw a Honeysuckle Flower - Step-by-Step Tutorial 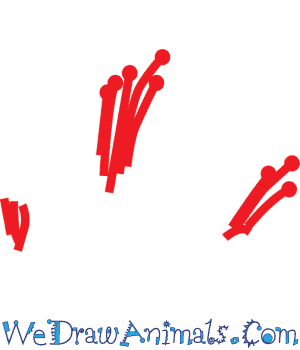 Step 1: Draw the center of the flower by draw a bunch of straight lines with dots at the top of them. 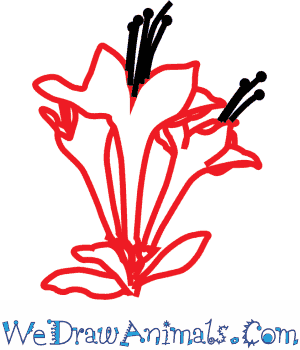 Step 2: Then draw the flower petals which should be long and skinny at the bottom and then become larger towards the top and connect to a point. 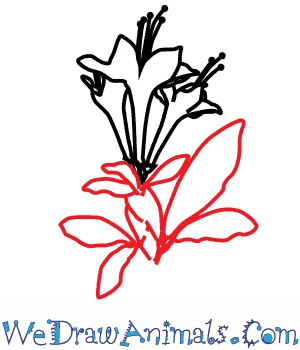 Step 3: Below the flowers draw multiple leaves which should be small closer to the flowers and larger below that. 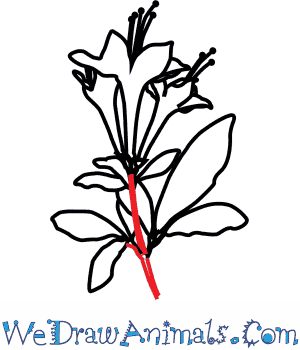 Step 4: In the last step draw the stem between the leaves and up to the bottom of the flower.

Honeysuckle is a climbing vine plant that grows wild in Asia and North America. The vine reaches 20 to 30 feet tall. The branches are covered with hair and produce tube shaped flowers. When the flower dies a black berry takes its place. A Japanese variation of the plant produces red berries. North American honeysuckle is light colored, with lots of white, pink, and yellow. Japanese honeysuckle is a deep yellow orange color. Many animals like to find food on a Honeysuckle vine, but humans cannot eat the berries because they are poisonous.

Lesson Plan Note: Honeysuckle is used for various medicines in the Far East. Spend a day studying Japan and its culture with your class. 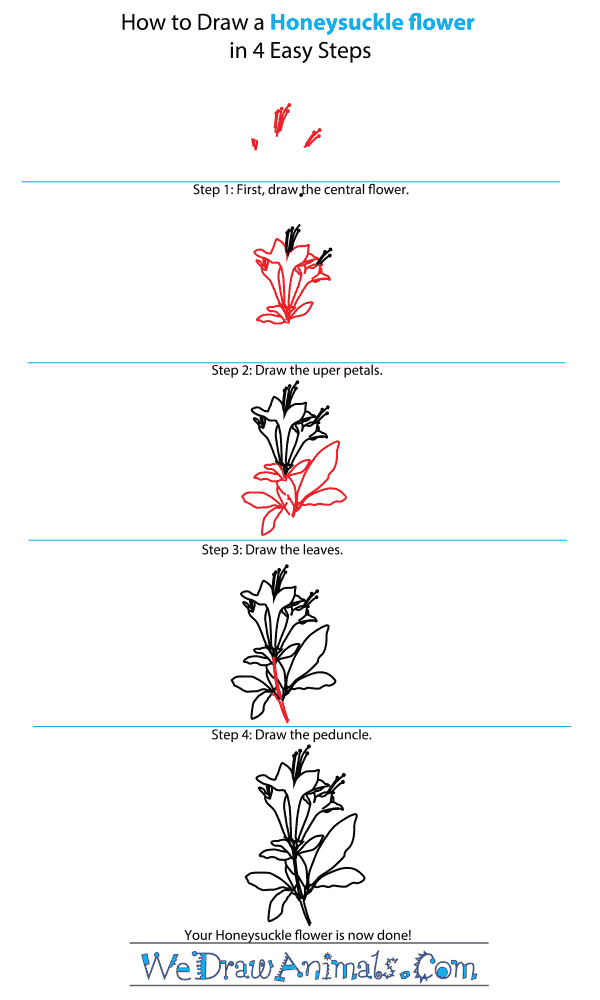 How to Draw a Honeysuckle Flower – Step-by-Step Tutorial