How to Draw a Japanese Giant Salamander 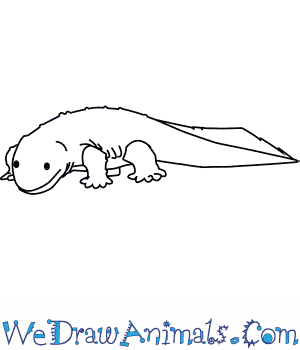 In this quick tutorial you'll learn how to draw a Japanese Giant Salamander in 5 easy steps - great for kids and novice artists.

At the bottom you can read some interesting facts about the Japanese Giant Salamander.

How to Draw a Japanese Giant Salamander - Step-by-Step Tutorial 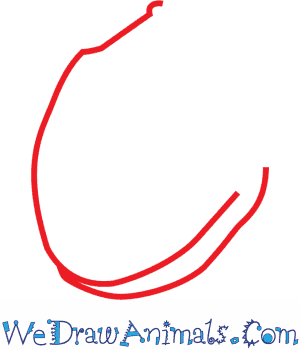 Step 1: Draw the head, and make sure to add a line for the mouth 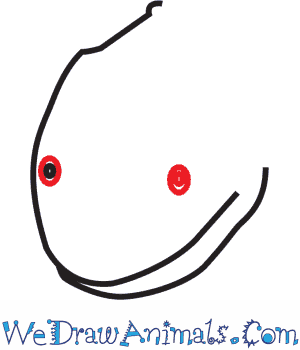 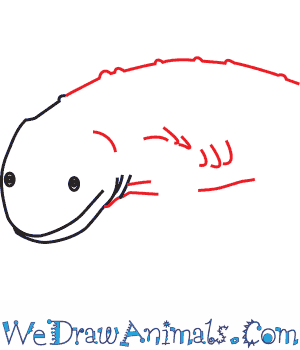 Step 3: Draw the body. The back of the salamander is bumpy, and the body has various lines. Remember to make space for legs. 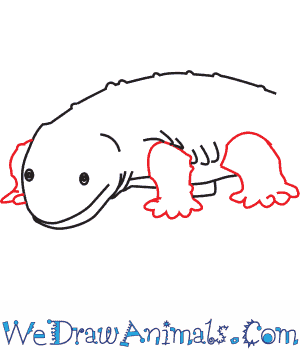 Step 4: Draw the legs. They are pretty big and fat in comparison to the rest of the body 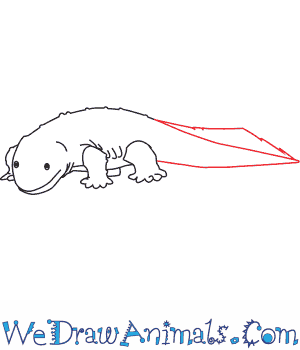 Step 5: Now draw the tail, which which is made up of two separate sections.

Japanese giant salamanders are commonly found cold waters with rapid water flow in Japan. They are 1.5m long and weight about 25kg. They are black, grey, off-white in color skin that is wrinkled. They have two pairs of legs and their head is wide and flat in shape with very small eyes on top, which results in their poor eyesight. Their diet includes insects, worms, fish, small salamanders and snails. Despite of their horrific appearance, they pose no harm to humans.

Lesson plan note: Show children videos online of salamanders competing with each other for mating. This will serve as both entertainment and education! 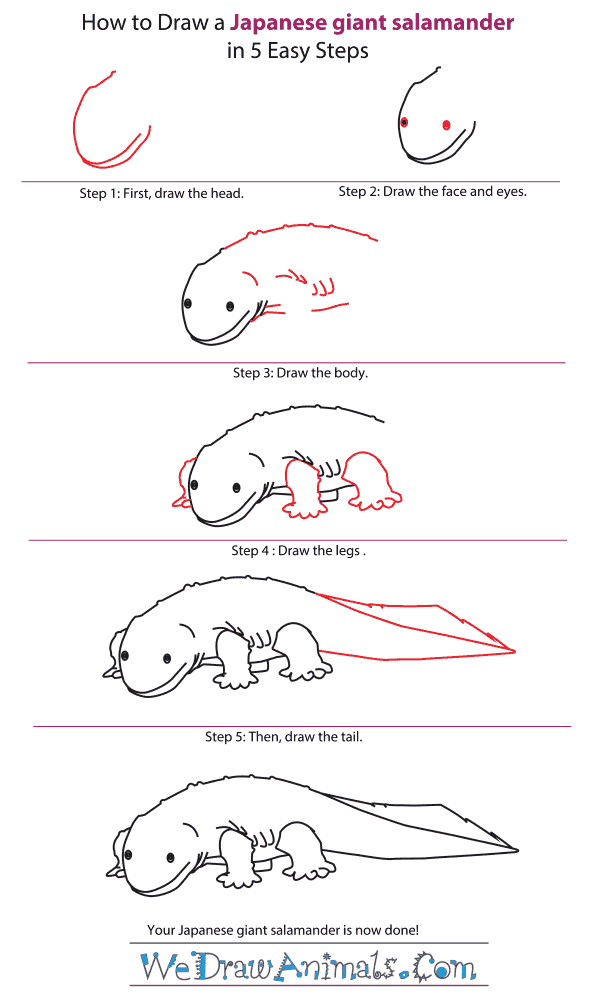 How to Draw a Japanese Giant Salamander – Step-by-Step Tutorial