How to Draw a Killifish 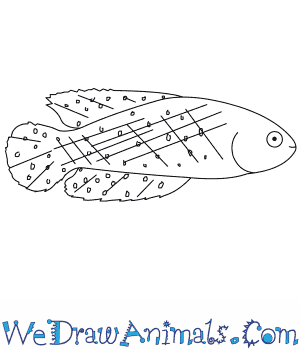 In this quick tutorial you'll learn how to draw a Killifish in 7 easy steps - great for kids and novice artists.

At the bottom you can read some interesting facts about the Killifish.

How to Draw a Killifish - Step-by-Step Tutorial 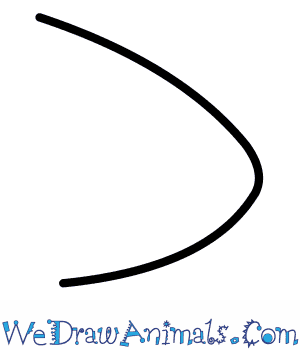 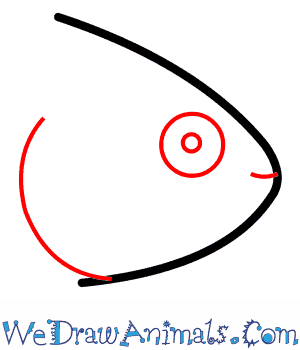 Step 2: Draw a small line in the point of the curve for a mouth. Add a circle with a tiny circle in it near the top of the curve for the eye. Add a curve near the bottom of the first one that meets the end of it. 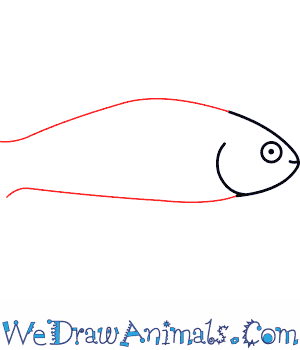 Step 3: Add a curve to each end of the first to make a vase-shaped body. 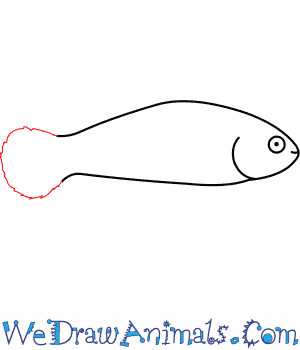 Step 4: Add a zig-zagging C-shape to the end of the body. 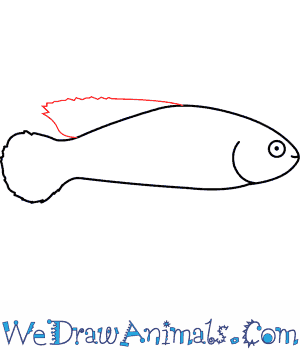 Step 5: Draw an angular, zig-zagging shape on the top of the body, near the tail. 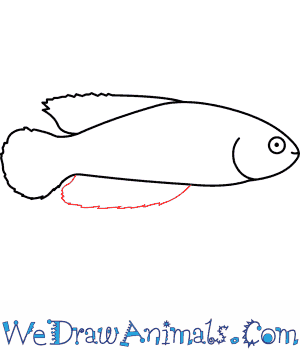 Step 6: Draw a curved, zig-zagging shape on the bottom of the body, near the tail. 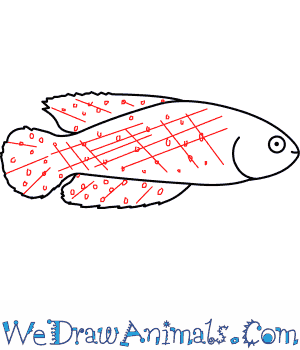 Step 7: Draw hash marks and small circles all over the body. Congratulations, you have drawn a killifish! There are over one thousand species of killifish! They get their name from a Dutch word meaning “small creek/puddle.” Because they lay their eggs in shallow bodies of water, their eggs can survive some amount of dehydration.

Killifish are popular freshwater aquarium fish. They came in all colors and patterns, but their body shape is the same. They are all small fish with three noticeable fins: 1 on top, 1 on bottom, and a fan-like tail. They live in streams, rivers, and lakes. Killifish can also live in brackish water which is a mix of freshwater and salt water. They can be found everywhere, but Antarctica, Australia, and Northern Europe. Killifish eat lots of bugs, worms, crustaceans, and algae. Because they are so popular as pets their population in the wild is considered vulnerable to extinction.

Activity: Draw a drawing of a Killifish. Set out crayons, colored pencils, markers, glue, and glitter for your students. Ask them to show you what they think the prettiest fish they have ever seen would look like. Display the pictures when they are finished. 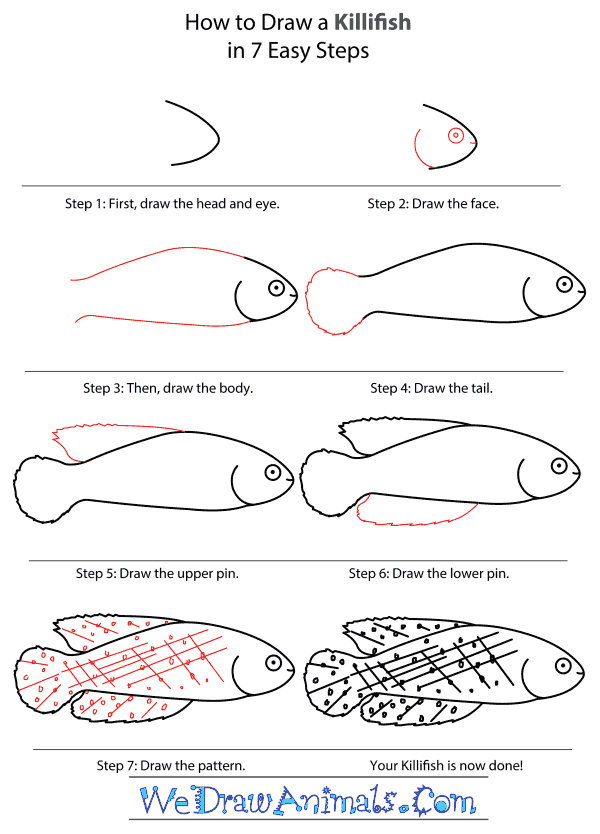 How to Draw a Killifish – Step-by-Step Tutorial

Next post: How to Draw a Leaf-Scaled Sea Snake