How to Draw a King Vulture 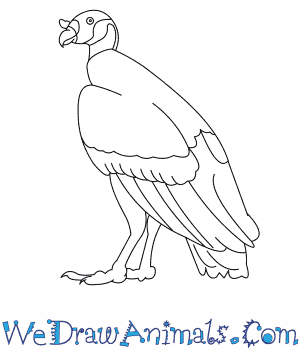 In this quick tutorial you'll learn how to draw a King Vulture in 7 easy steps - great for kids and novice artists.

At the bottom you can read some interesting facts about the King Vulture.

How to Draw a King Vulture - Step-by-Step Tutorial 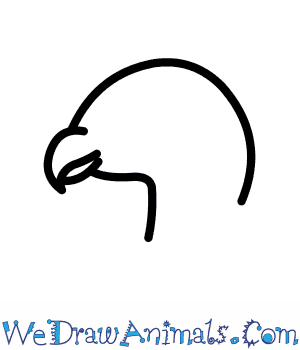 Step 1: First, draw the head and beak first. The vulture's beak is hooked slightly, and is a little bigger than most birds' beaks. 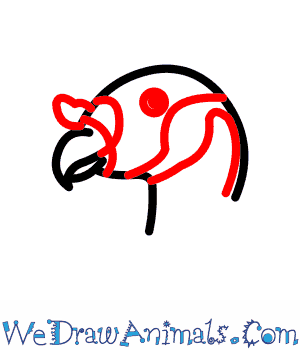 Step 2: Draw the eyes, and then detail to the face and above the beak. 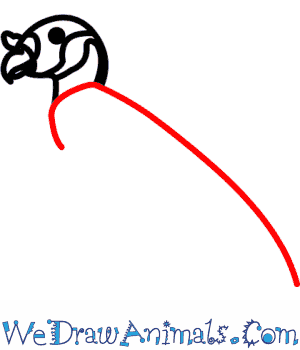 Step 3: Draw the body, leaving a space for the tail and wing. 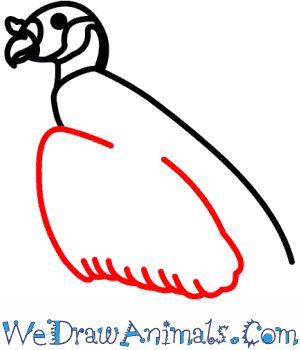 Step 4: Add the tail, which is very large. Add little lines at the bottom for eathers. 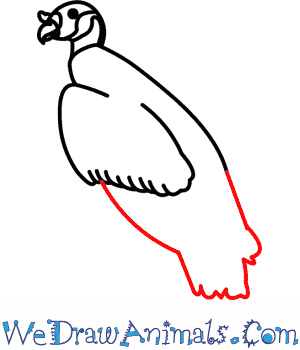 Step 5: Draw the tail, which continues the body and is rough at the bottom. 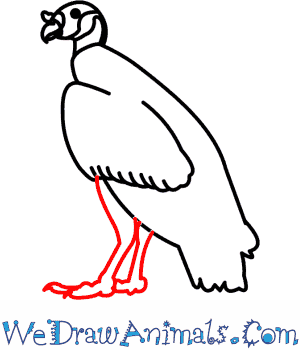 Step 6: Add two legs at the bottom of the vulture. 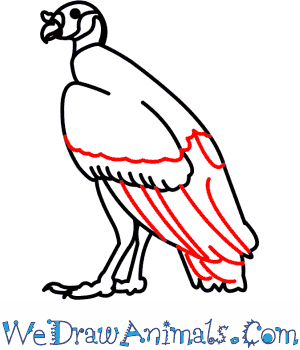 Step 7: Add detail to the wings and tail to create feathers.

Interesting Facts about the King Vulture

The King vulture (Sarcoramphus papa) is a large species of vulture. Unlike other vultures, king vultures are mostly white with some black tail and wing feathers. They have blue, red, orange and yellow feathers around their head, and bright orange skin that droops over their beak called a waddle.

Lesson plan note: In Mayan culture, the king vulture is one of the most commonly represented. Discuss why this would be such a popular animal, especially considering how hard it is to observe in the wild. 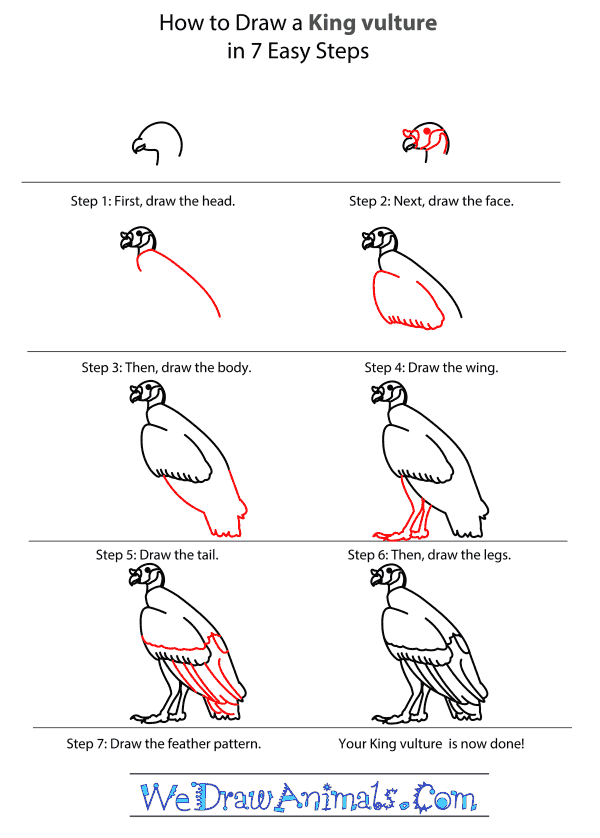 How to Draw a King Vulture – Step-by-Step Tutorial