How to Draw a Longhorn Beetle 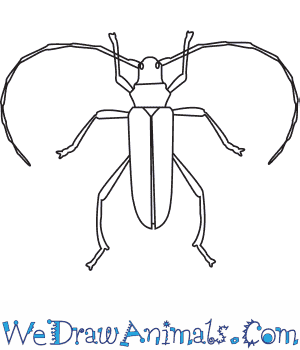 In this quick tutorial you'll learn how to draw a Longhorn Beetle in 6 easy steps - great for kids and novice artists.

At the bottom you can read some interesting facts about the Longhorn Beetle.

How to Draw a Longhorn Beetle - Step-by-Step Tutorial 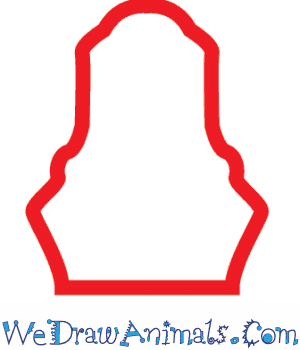 Step 1: Begin your longhorn beetle by drawing the head shape, looks kind of like a vase! 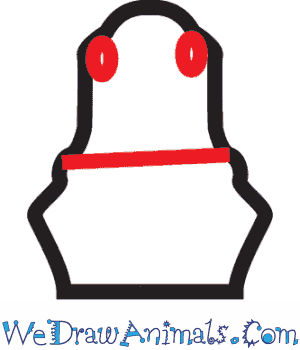 Step 2: Add the neckline and the eyes to the face for some detail. 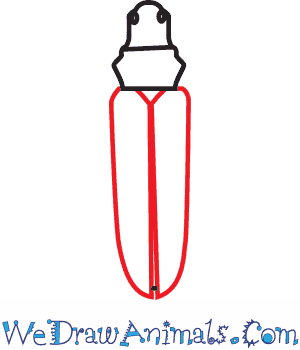 Step 3: Draw a long rounded body behind the beetle's head. Add a thick, bold line down the middle to show where the beetle's wings are housed! 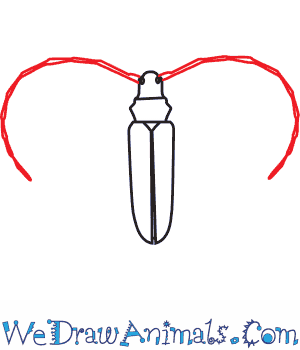 Step 4: Now draw the long antennae, one for either side of the head. These will be long hook shapes sprouting from the head! 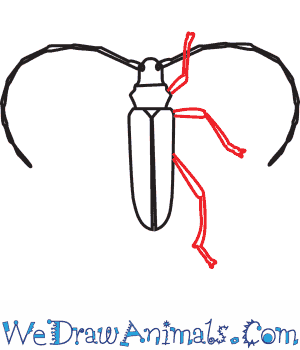 Step 5: Now draw three legs on the right side of the beetle's body. These beetles are typically found on the Asian continent. They eat leaves and bark! 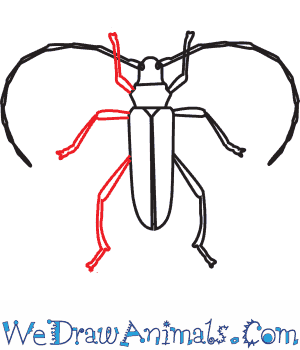 Step 6: Finally add the three legs on the left side of the beetle's body.

Longhorn Beetles are a common pest in Southern Iran. It is most known for destroying True Date Palm Trees. This makes them very undesirable. The Longhorn Beetle doesn’t really have horns, but it does have really long antenna. They are longer than its body! Their bodies are long and tube-like. The normal length is 2 to 4 centimeters.

Activity: Speaking of dates, this beetle is a great excuse to dust off your favorite date recipe. Cookies, bread, or cake just keep food allergies in mind. 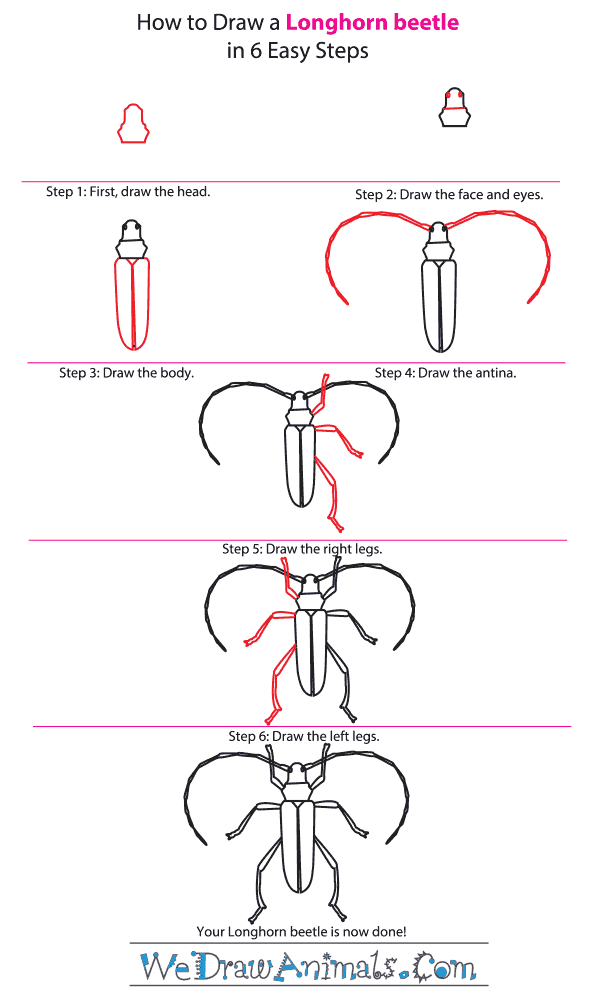 How to Draw a Longhorn Beetle – Step-by-Step Tutorial