How to Draw a Nile Monitor 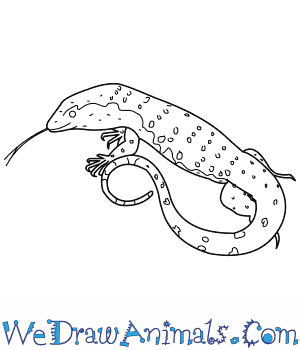 In this quick tutorial you'll learn how to draw a Nile Monitor in 9 easy steps - great for kids and novice artists.

At the bottom you can read some interesting facts about the Nile Monitor.

How to Draw a Nile Monitor - Step-by-Step Tutorial 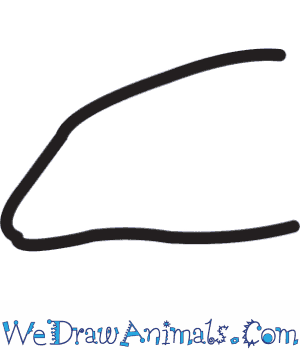 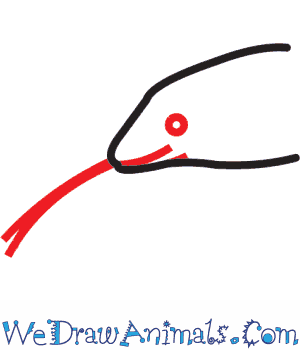 Step 2: Draw a tiny circle for the Nile Monitor's eye and draw two slanting lines to show its forked tongue. 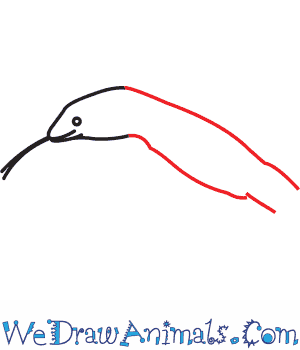 Step 3: Next, draw two gently curved lines for the body of the Nile Monitor lizard. 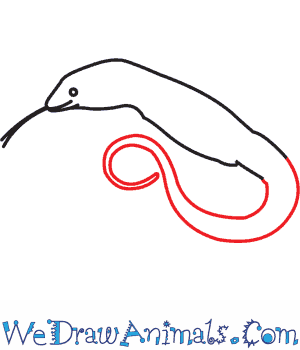 Step 4: Draw the tapering tail of the Nile Monitor by drawing two S-shaped lines, starting from the body and ending in a point, as shown in the image. The end of the tail should look almost like it is forming a small circle. 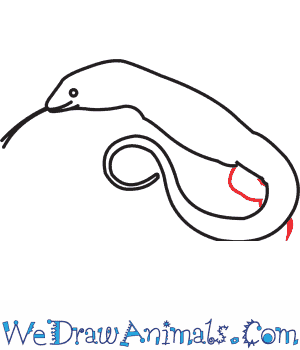 Step 5: Draw the left hind leg of the Nile Monitor using a bent line starting and the end of the body and ending after the tail. 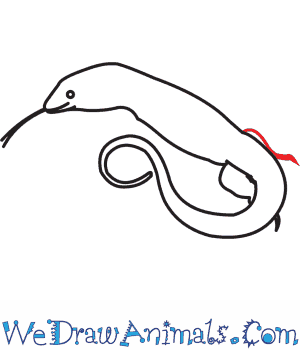 Step 6: Draw the other hind leg using an S-shaped line. 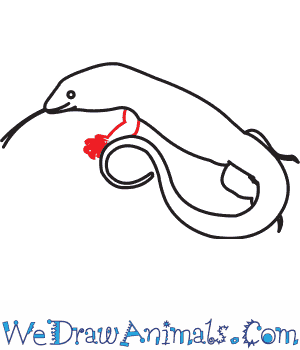 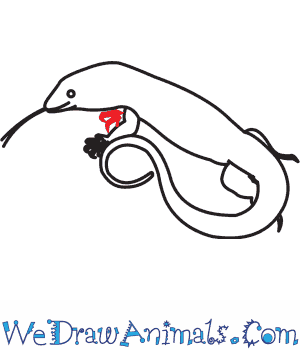 Step 8: Draw just the toes of the other fore leg behind the first one. This will make your drawing more realistic. 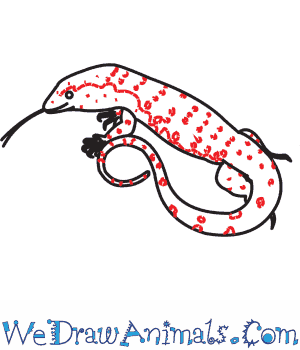 The Nile Monitor is a large species of lizard originally from Africa. In fact, it is Africa’s largest species of lizard! It can grow up to two meters long, which is about as long as a grown man is tall. It has tough, leathery skin that is a brownish-grey color and that has yellow bands of color down its back. Its elongated head is almost like a snake’s head. Plus, it has very sharp claws and can use its long powerful tail as a weapon as well.

Some people keep Nile Monitor lizards as pets. In the U.S. state of Florida, where people sometimes let their pet monitor lizards out into the wild, Nile Monitors are reproducing in the wild and damaging local populations of native fish and birds… and even eating peoples’ house cats! 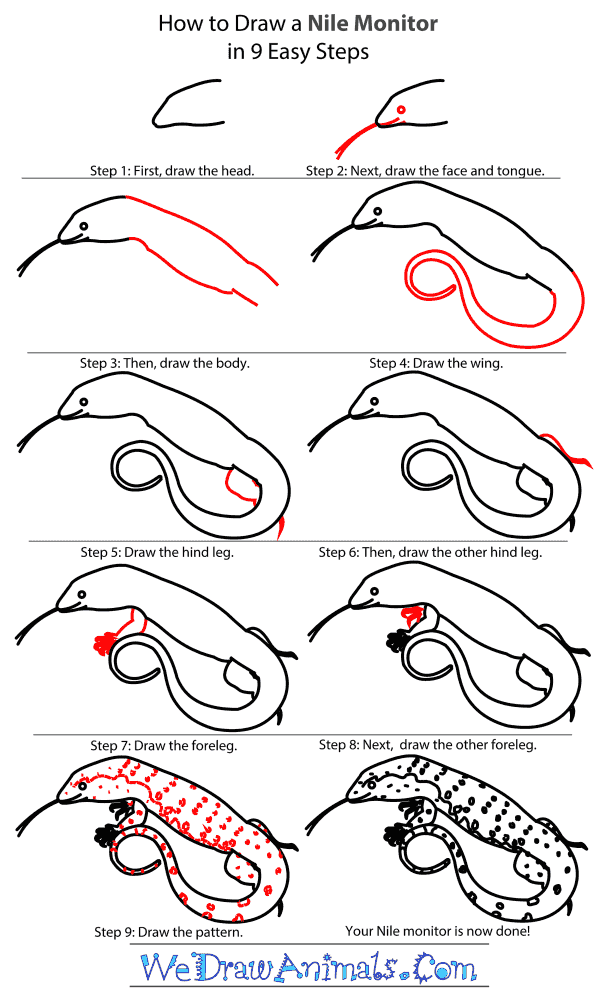 How to Draw a Nile Monitor – Step-by-Step Tutorial

Next post: How to Draw Shere Khan From Jungle Book

Previous post: How to Draw Bagheera From Jungle Book