How to Draw a Purple Martin 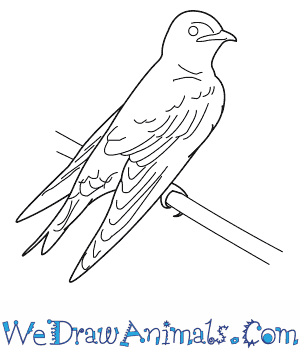 In this quick tutorial you'll learn how to draw a Purple Martin in 8 easy steps - great for kids and novice artists.

At the bottom you can read some interesting facts about the Purple Martin.

How to Draw a Purple Martin - Step-by-Step Tutorial 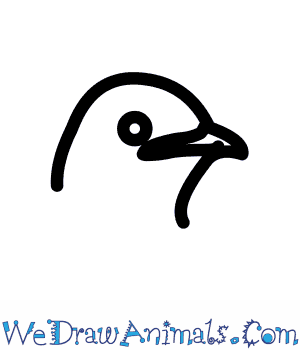 Step 1: Start by drawing the head, beak, and eye. Make a small circle for the eye. 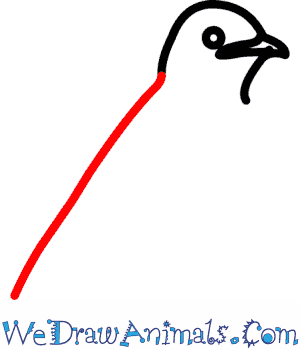 Step 2: Draw a line to make the back of the bird 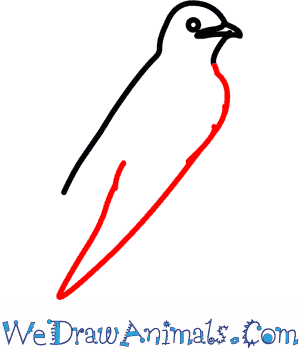 Step 3: Draw the right wing in a long traingular shape 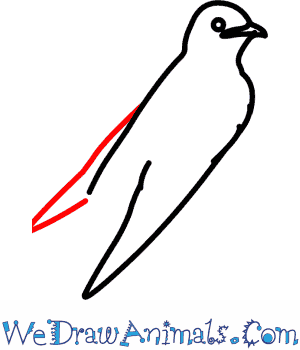 Step 4: Draw the left wing on the other side of the body the same as the first wing, but shorter 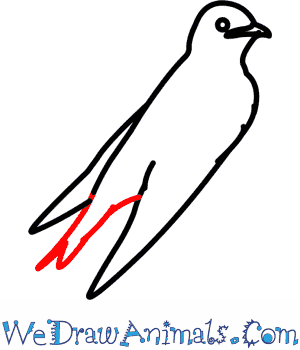 Step 5: Draw the tail between the two wings at the end of the body 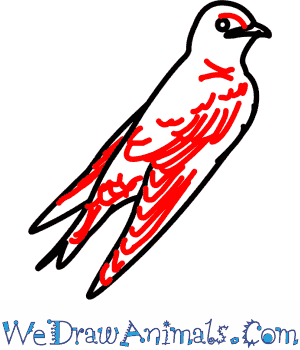 Step 6: Draw the pattern of the feathers on the body by making straight and curved lines clustered together 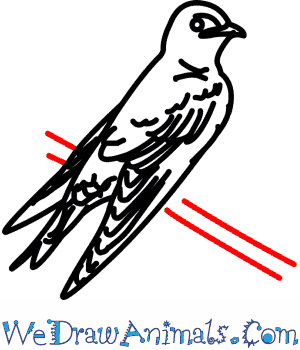 Step 7: Draw two lines to make a perch. Make sure it is near the bottom of the bird 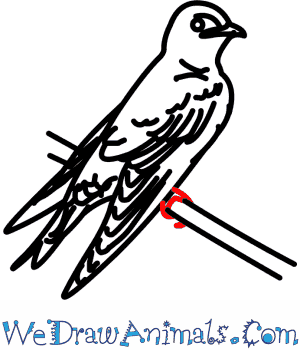 Step 8: Draw the foot with the toe going around the perch

Interesting Facts about the PURPLE MARTIN

The Purple Martin is a member of the bird family and the scientific term for them is Progne subis. They have a purplish color, especially the deep glossy sheen of the males, and they have a forked tail. They are the largest North American Swallow species. They are very fast and agile in the air, and can descend from a very high altitude. During the breeding season, they migrate throughout the western and eastern portion of the continent.

The nests are made in holes, done by woodpeckers or sometimes humans who want to help. The Starling and the Sparrow fight the Marten for nesting sites. There is a Native American tradition to set out hollow gourds for nesting, and modern practices have extended to wood, aluminum, or even plastic structures. There is not many of these creatures, but they are the least concern for a possibility of extinction. 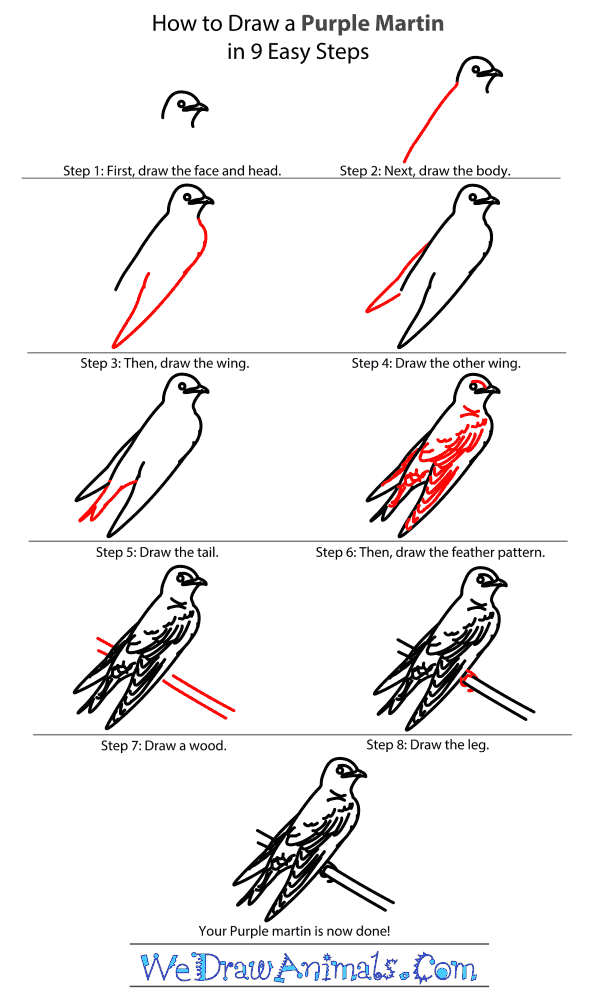 How to Draw a Purple Martin – Step-By-Step Tutorial