How to Draw a Rudd 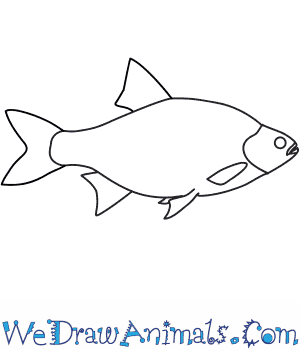 In this quick tutorial you'll learn how to draw a Rudd in 7 easy steps - great for kids and novice artists.

At the bottom you can read some interesting facts about the Rudd.

How to Draw a Rudd - Step-by-Step Tutorial 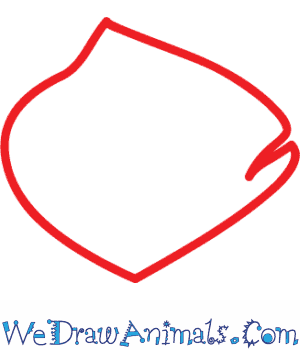 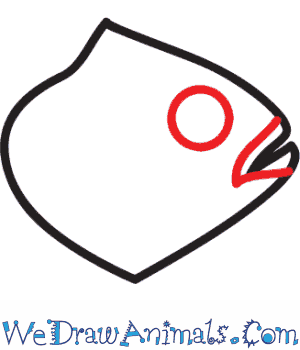 Step 2: Next you will want to add the face. Start by drawing a circle for the eye, then draw lines around the mouth to make the lips. 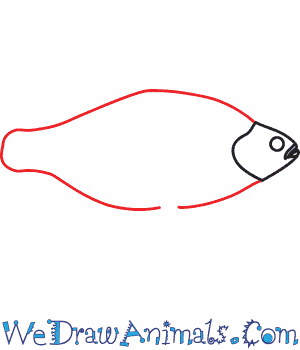 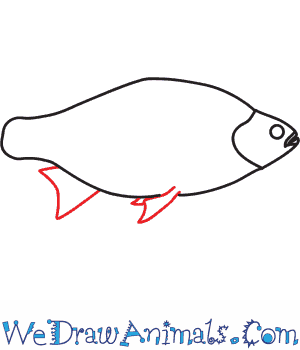 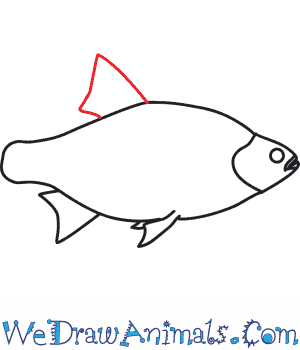 Step 5: Step five is to add the upper fin. This fin can be created the same way as the lower back fin and should come out of the top front part of the body. 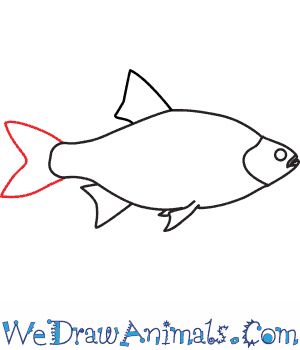 Step 6: Next to draw the tail you will want draw two triangles coming out of the back of the body with one side of each triangle joining the edge of the body and the other joining each other. 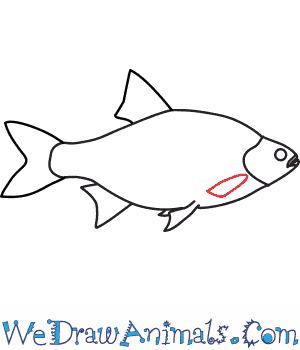 Step 7: The final step is to draw the flipper, by drawing a thin oval on the front of the fish's body. You now have a Rudd.

Interesting Facts about the RUDD

The Rudd is a member of the fish family and the scientific term for them is Scardinius erythrophthalmus. Another common name for this species is the Common Rudd. They spend most of their time on the bottom or in the middle of the water. This animal is found throughout Europe and central Asia, particularly is the basins of the North, Baltic, Black, Caspian and Aral seas.

They are very similar to the Roach, except there is a yellow color above their eyes instead of the red, and they have a greenish silver body instead of a bluish silver body. The Golden Rudd is much more distinct, and may be found with other Rudd types in captivity. This species prefers clear water with many plants in it. There are not many of these creatures, but they are the least concern for a possibility of extinction. 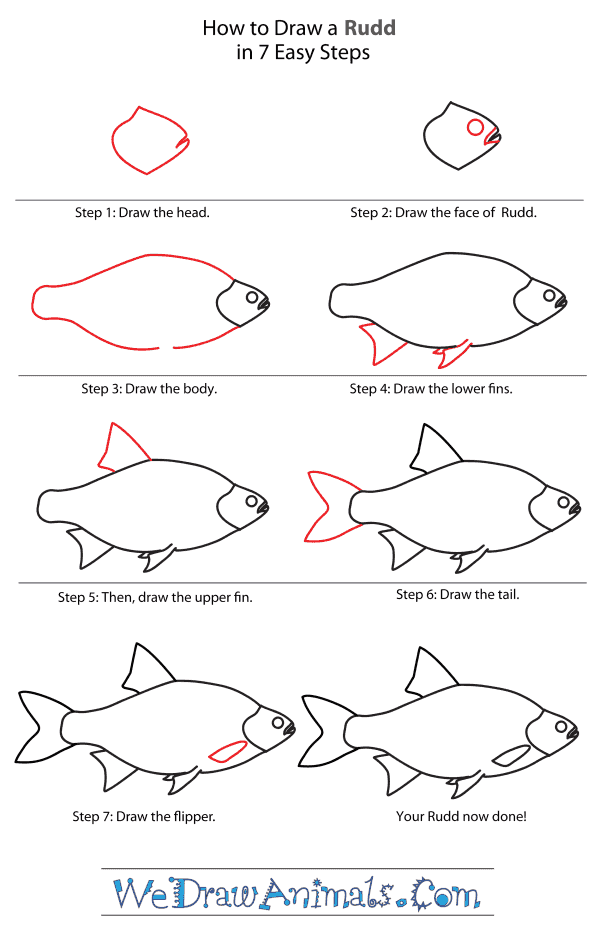 How to Draw a Rudd – Step-By-Step Tutorial