How to Draw a Ruffed Grouse

In this quick tutorial you'll learn how to draw a Ruffed Grouse in 7 easy steps - great for kids and novice artists.

At the bottom you can read some interesting facts about the Ruffed Grouse.

How to Draw a Ruffed Grouse - Step-by-Step Tutorial 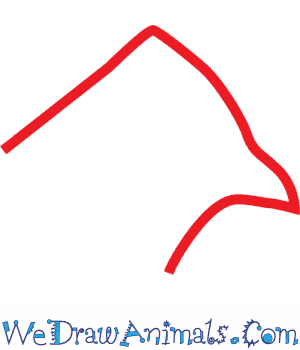 Step 1: First, draw the outline of the head and beak. The head points at the top 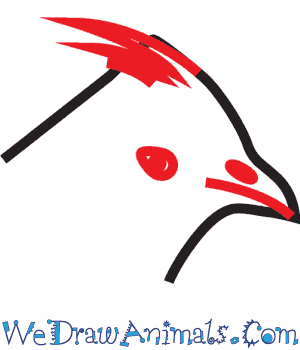 Step 2: Draw the hair, eyes, and mouth. Draw lines on the point of the head to make hair, a tiny circle to make the eye and a jagged line separating the beak. The line is jagged to show feathers on the face 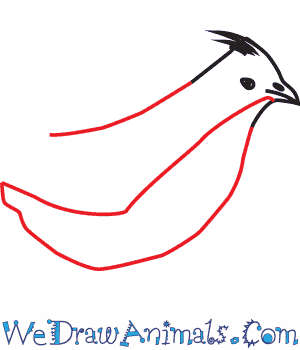 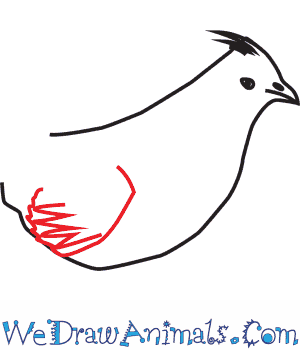 Step 4: Draw the wing with some feathers. Draw a jagged U shape at the end of the body with zig zag lines inside on the left side 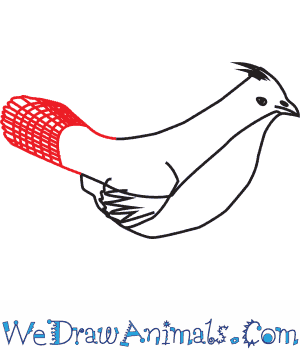 Step 5: Draw the fan tail by drawing curved horizontal lines and then straight vertical lines. Connect them at the top 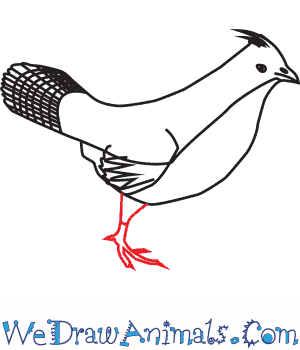 Step 6: Draw the right leg and foot. Make the toes long with some lines curving out at the ends to make claws 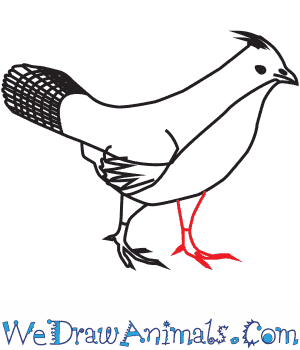 Step 7: To finish, draw the left leg and foot in front of the right in the same way

Interesting Facts about the RUFFED GROUSE

The Ruffed Grouse is a member of the bird family and the scientific term for them is Bonasa umbellus. This animal has a medium size in relationship to the other members of the Grouse species. This bird exists in woodlands of The Appalachian Mountains from Canada to Alaska, where they don’t migrate. They have a white body, brown back, and black spots. They are commonly mistaken for the Partridge bird.

They are the state bird of Pennsylvania, and eats buds, leaves, berries, seeds, insects, amphibians, and snakes. These animals are hunted in thick bushes and trees, where they may burrow in snow to keep warm or be found taking a dust bath to rid themselves of parasites, but are easily flushed out when a human approaches too closely. There are not many of these creatures, but they are the least concern for a possibility of extinction. 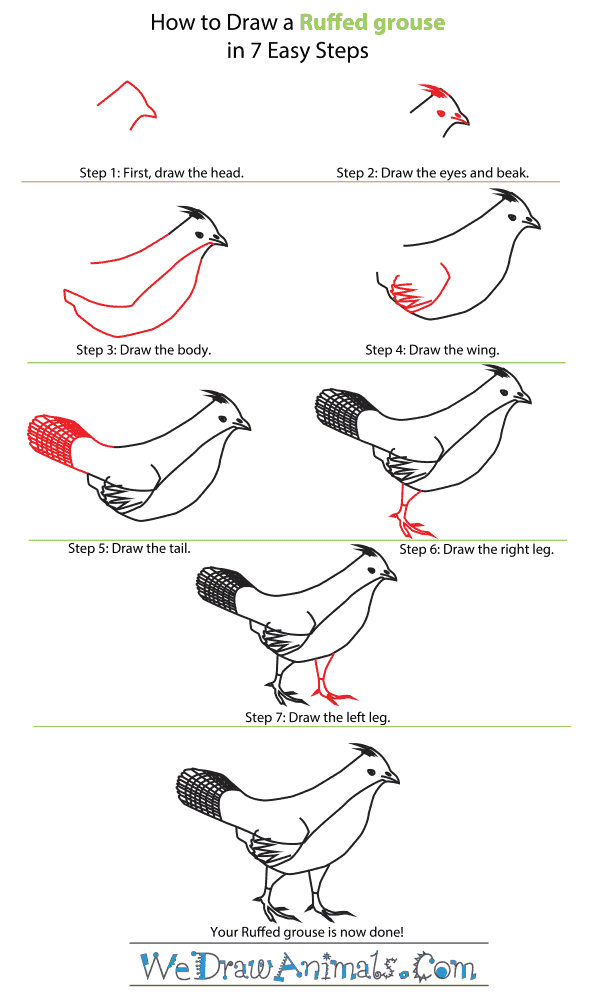 How to Draw a Ruffed Grouse – Step-By-Step Tutorial