How to Draw a Sandhill Crane 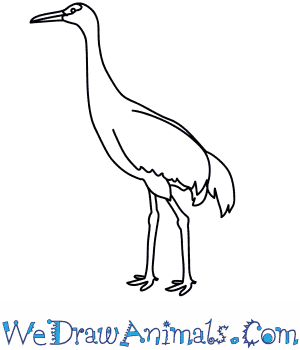 In this quick tutorial you'll learn how to draw a Sandhill Crane in 7 easy steps - great for kids and novice artists.

At the bottom you can read some interesting facts about the Sandhill Crane.

How to Draw a Sandhill Crane - Step-by-Step Tutorial 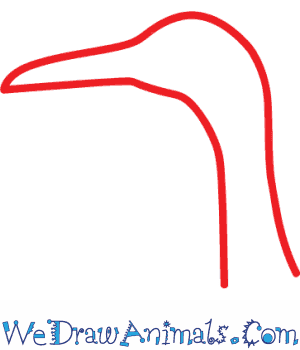 Step 1: To create you Sand hill Crane you need to start with the head. Use a triangle for the beak and then use a curved line for the top of the head and extend it down to form the neck. Have another straight line come down from the beak to create the front of the neck. 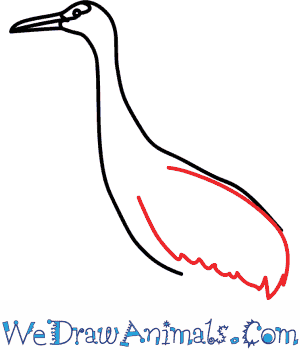 Step 2: Next you will want to draw the crane's face. Add a circle with a larger circle around it for the eye and a line through to separate the beak. 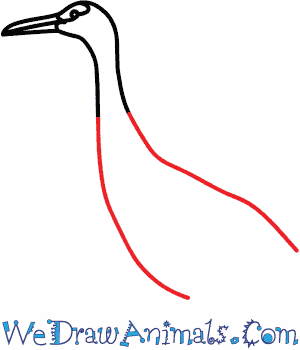 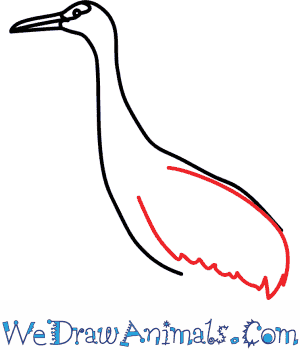 Step 4: Now you will need to draw the wing. Start by drawing a rounded line for the top of the wing in the middle of the body. Then draw a jagged line to create the shape of feathers on the bottom of the wing. 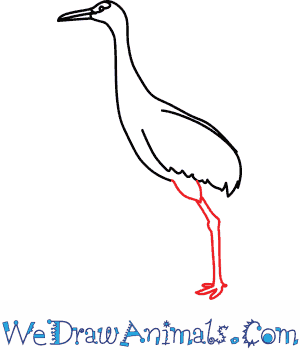 Step 5: To create the leg, you will need to draw a semi circle with two straight lines coming out from it and ending at the foot. Draw three toes on the foot. 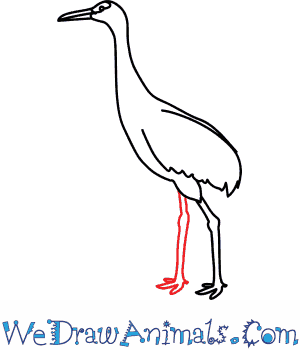 Step 6: Draw the other leg the same as the first placing it a little further to the front of the body. 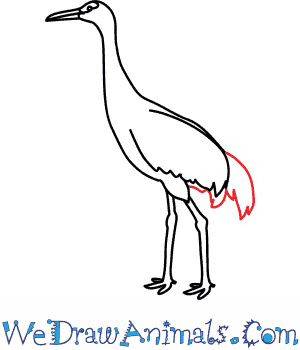 Step 7: The final step in the drawing is to add the tail. Start with an angled line coming out of the back of the body. Then draw several jagged, pointed lines along the bottom portion of the tail. You have now successfully drawn a Sand hill Crane.

Sandhill Cranes can be found in wetlands in North America, Mexico, Cuba, and even Siberia. That means they can be found in places like swamps and bogs. They have trademark red foreheads, white cheeks, and long pointed bills. A male will weigh about 10 lbs. and a female will weigh about 9 lbs., and they both have wingspans between 5 ft. and 7 ft. The average lifespan of a Sandhill Crane in the wild is 20 years. The oldest crane was recorded in New Mexico in 2010. It had been tracked back to Wyoming in 1973. That’s 36 years old! Fossils have been found of these cranes that are 2.5 million years old!

Lessons Plan Note: Draw the head and neck of a Sandhill crane and distribute copies to each student. Have each student color the head with the trademark red foreheads and white cheeks. Grade school children will enjoy the art project. 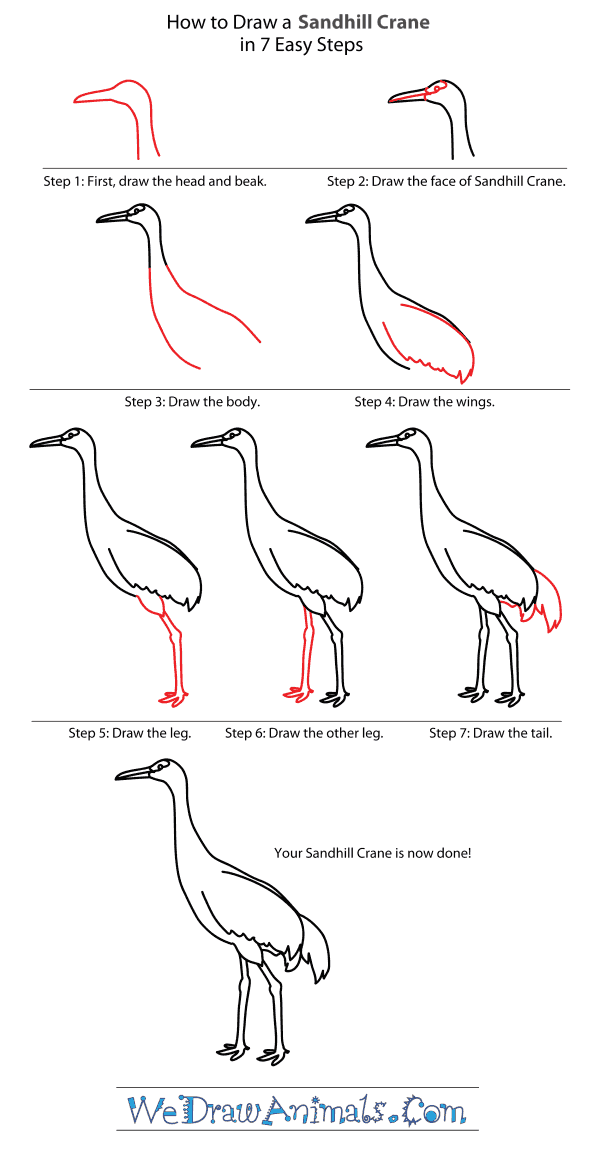 How to Draw a Sandhill Crane – Step-By-Step Tutorial