How to Draw a Skylark 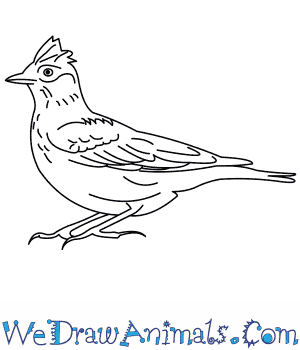 In this quick tutorial you'll learn how to draw a Skylark in 9 easy steps - great for kids and novice artists.

At the bottom you can read some interesting facts about the Skylark.

How to Draw a Skylark - Step-by-Step Tutorial 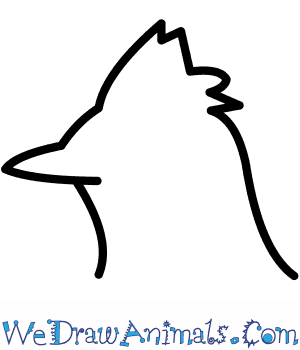 Step 1: Let's draw a Skylark! Begin by drawing the head by making a triangle shape, and add the pointy beak on the left side. Make the neck with two curved lines going down. It is a small songbird that lives in wide open areas. 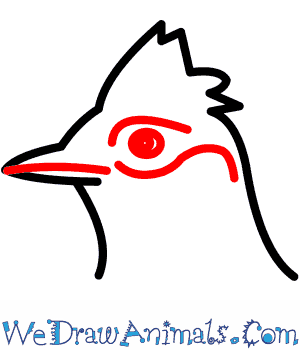 Step 2: Draw an almond shape with a circle inside for the eye, and a line inside the beak for a mouth. 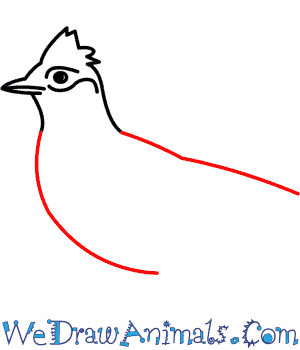 Step 3: To draw the body, draw a smooth line down the back. For the front, draw a log curved line going downward. 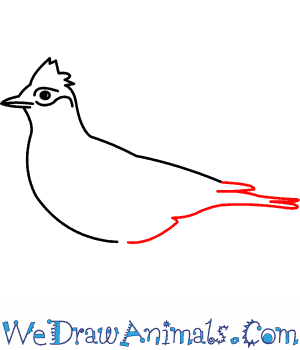 Step 4: Draw the tail as shown by making a few curved lines ending in round feathers. 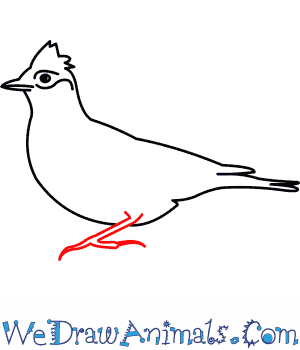 Step 5: Add the leg by drawing several long lines that come to points for the toes. 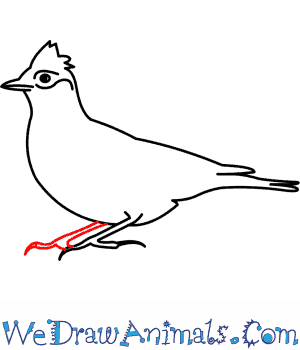 Step 6: Add the second leg behind the first in a similar way. The Skylark has only three toes on its feet. 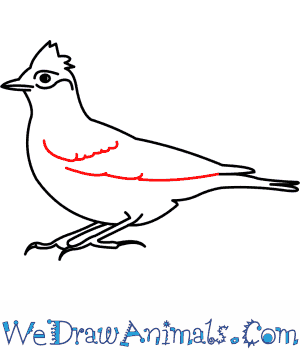 Step 7: Now, add a few feathery wing by using a bumpy curved line and and another curved line underneath. Skylarks are known to have short round wings. 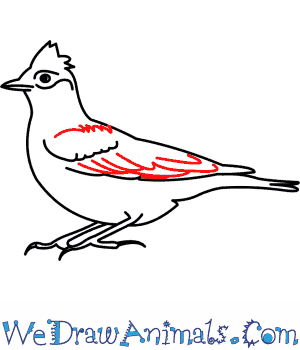 Step 8: Draw the feather pattern as shown by adding small curved lines throughout the wing. 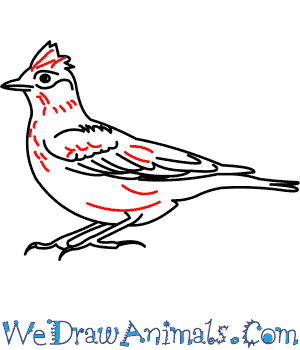 Step 9: Continue adding a few small curved lines to finish the pattern. You can color the Skylark light brown.

A Skylark is small songbird that be found all throughout Europe and Asia. They are normally 15-20 centimeters long, and have short rounded wings. Skylarks prefer wide open areas like meadows and farm land. They build their nests on the ground and raise about 4 nests of chicks a year. That means as many as 20 chicks can hatch in a year. Skylarks are considered a common bird and have left their mark on literature and art.

Activity: Draw a Skylark and distribute it to your students. Allow them to color it however they want. Cut out the bird and write the child’s name across the bird. Staple the birds to a meadow themed bulletin board. The bird can be used as a marker for good behavior in the classroom. 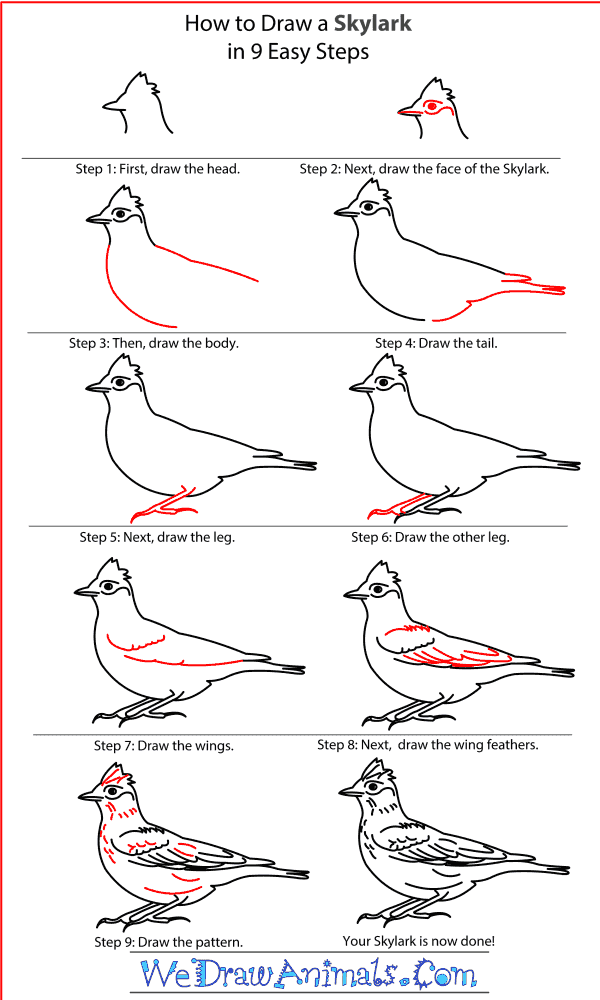 How to Draw a Skylark – Step-By-Step Tutorial

Previous post: How to Draw a Siamese Fighting Fish