How to Draw a Slow Worm 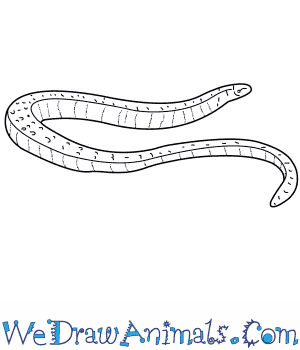 In this quick tutorial you'll learn how to draw a Slow Worm in 5 easy steps - great for kids and novice artists.

At the bottom you can read some interesting facts about the Slow Worm.

How to Draw a Slow Worm - Step-by-Step Tutorial 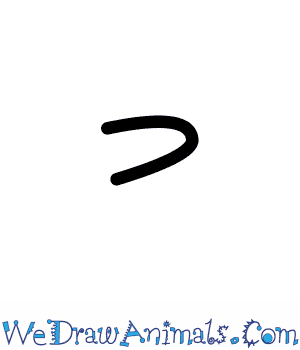 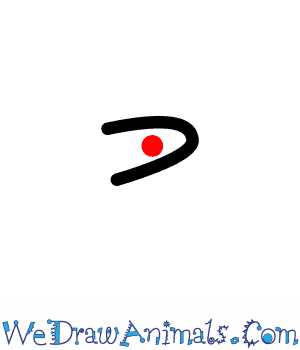 Step 2: Now for the face. Simply draw a small circle for the eye. 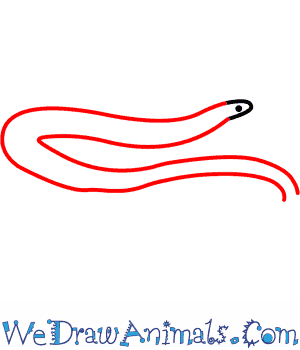 Step 3: Draw two long lines that curve to the right for the body. 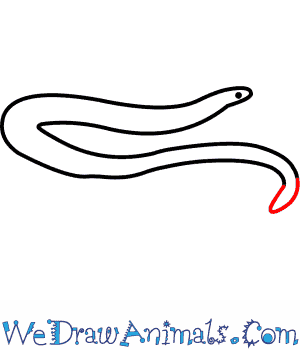 Step 4: Then, draw the tail by connecting the body. 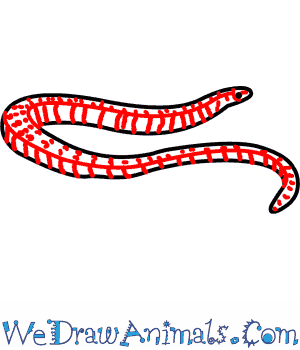 Step 5: Now you can draw the pattern. The slow worm's body is flat on top so draw a line and add some dots. Then, draw squigly vertical lines for the pattern on both sides.

Interesting Facts about the SLOW WORM

The Slow Worm is a member of the reptile family and the scientific term for them is Anguis fragilis. Despite the indication of the proper name, this animal is a lizard. Other common names for this species are the Slow-Worm, Slowworm, Blind Worm, and Blindworm. They are native to Europe and Asia, have a light brown color, but no limbs. The body is very long, causing the appearance of the animal to resemble a snake. However, it has eyelids, mobile eyeballs, visible ears, an internal tongue, a detachable tail, no teeth, and doesn’t shed its skin, like a lizard.

They can be identified from their age and gender by the coloration. The young ones have golden scales on top, while the males possess blue spots on their back. These lizards are mostly nocturnal, but like to bask in the sun during daylight. Otherwise they stay under rocks or logs, eating mostly snails and slugs. Their main enemy is the Cat. 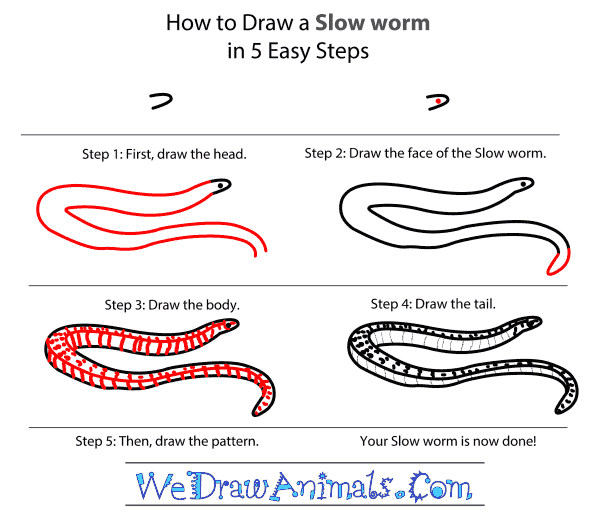 How to Draw a Slow Worm – Step-By-Step Tutorial

Previous post: How to Draw a Realistic Emperor Penguin