How to Draw a Spotted Python 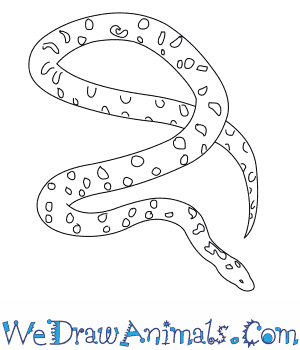 In this quick tutorial you'll learn how to draw a Spotted Python in 5 easy steps - great for kids and novice artists.

At the bottom you can read some interesting facts about the Spotted Python.

How to Draw a Spotted Python - Step-by-Step Tutorial 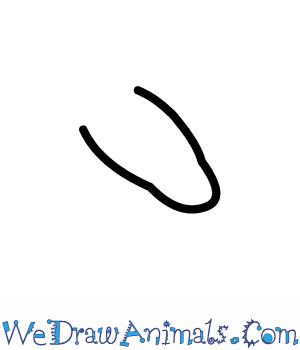 Step 1: A spotted python's head is shaped like a letter U. This snake has no venom, so it is a popular snake to keep as a pet. 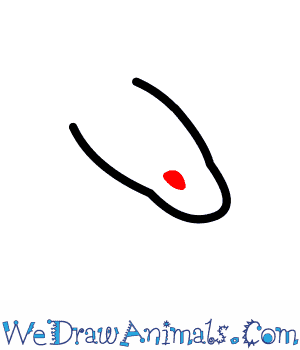 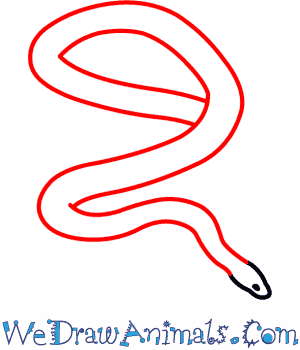 Step 3: Draw a wavy line for the body any way you like. These are fairly small snakes, so don't make it too long. 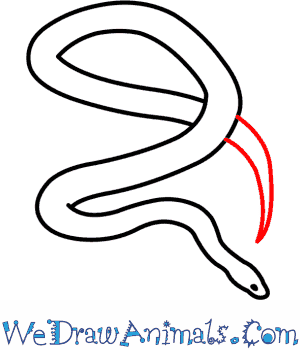 Step 4: Then add the pointy tail. 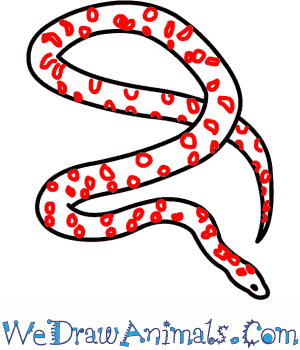 Step 5: Lastly, draw the spots. The spots near the head and tail are so close together they look like stripes. That it, you're done! If you'd like to color it, it is light brown with dark brown or black splotches.

Interesting Facts about the Spotted Python

The spotted python (Antaresia maculosa) is one of the shortest in the python species and is not poisonous. Originally found in Australia, spotted pythons are commonly kept as pets due to their lack of venom and their gentle nature.

Lesson plan note: Discuss the differences between the spotted python and more dangerous snakes, and what kind of personality in a snake makes it a good candidate for a pet. 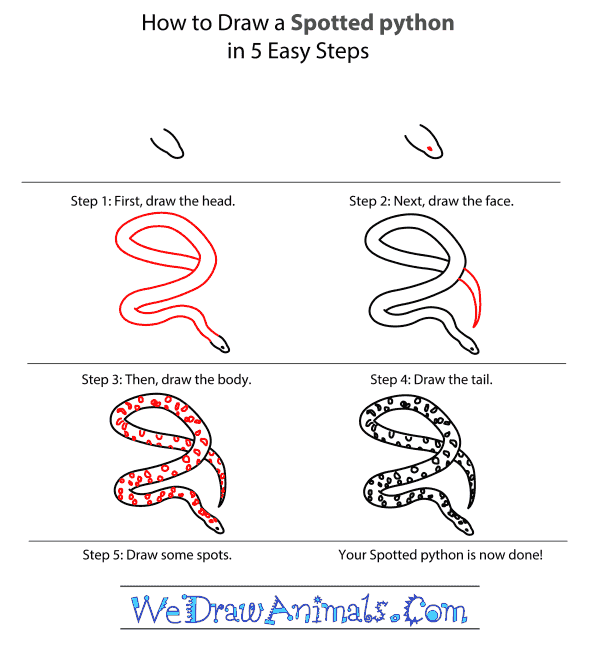 How to Draw a Spotted Python – Step-by-Step Tutorial