How to Draw a Timber Rattlesnake 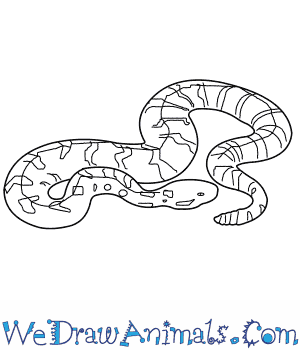 In this quick tutorial you'll learn how to draw a Timber Rattlesnake in 5 easy steps - great for kids and novice artists.

At the bottom you can read some interesting facts about the Timber Rattlesnake.

How to Draw a Timber Rattlesnake - Step-by-Step Tutorial 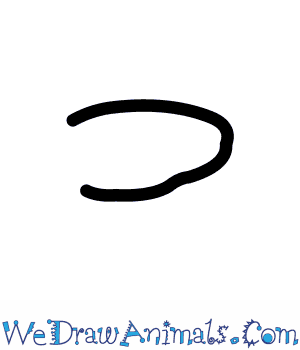 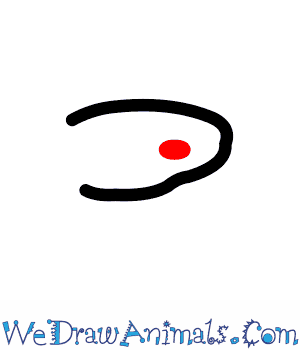 Step 2: Simply draw a tiny circle for the eye. 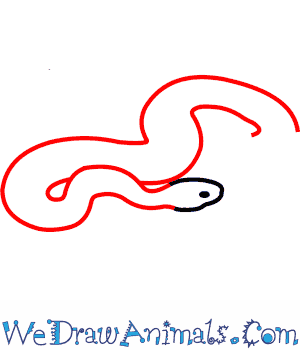 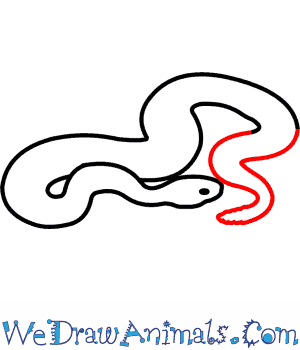 Step 4: Draw the bottom part of the body by completing the wavy first part. 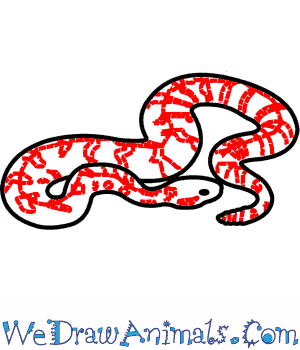 Step 5: Finally we can draw the snake's scaly pattern! Draw one long line the length of its body, and smaller curvy lines going down all along the long line.

Interesting Facts about the TIMBER RATTLESNAKE

The Timber Rattlesnake is a member of the reptile family and the scientific term for them is Crotalus horridus. Other common names for this species are the Canebrake Rattlesnake and the Banded Rattlesnake. It is native to eastern United States and is related to the Pit Viper, which is a poisonous snake that contains pitted indentations in its cheeks that access the sinuses for heat detection.

These have dark brown or black colored irregular bands on a light brown or grey background. The color and pattern of them serves as camouflage that helps them follow their live food source, but also prevents humans from noticing them before they become bitten, which may be deadly. Pregnant females require a warmer area to increase their metabolism, such as on the edges of the forest where direct sunlight can warm them in a rocky area. There are not many of these creatures, but they are the least concern for a possibility of extinction. 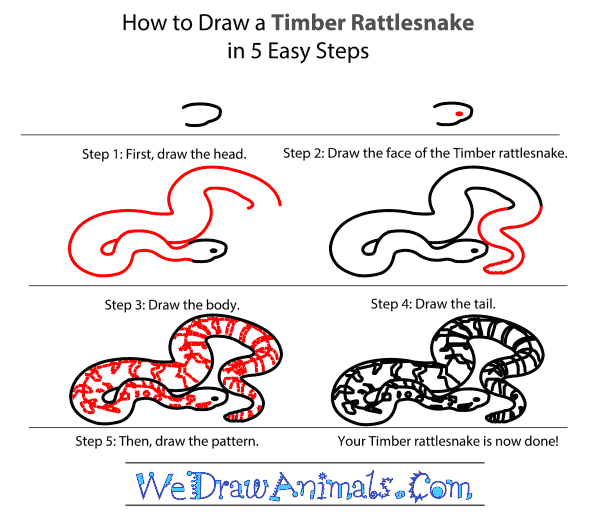 How to Draw a Timber Rattlesnake – Step-By-Step Tutorial