How to Draw a Veery 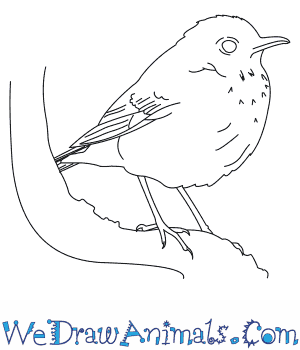 In this quick tutorial you'll learn how to draw a Veery in 6 easy steps - great for kids and novice artists.

At the bottom you can read some interesting facts about the Veery.

How to Draw a Veery - Step-by-Step Tutorial 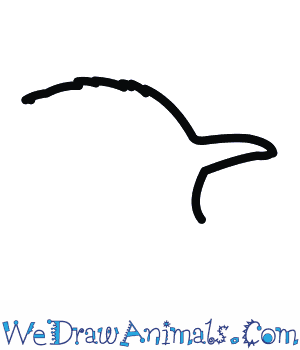 Step 1: The veery gets its name from its song. This medium-sized bird is fun to draw! First, make the head. Its beak is thin and pointy. 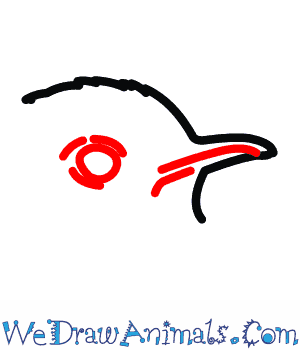 Step 2: Add an eye and some lines to separate the beak. Step 3: Draw the body of your bird. Its head is very round and it has a plump body. Add some line details. 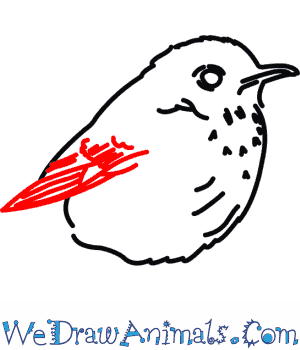 Step 4: Next, add the wing. It is a sharp triangle on the side of the bird. Add some straight lines to make feathers. 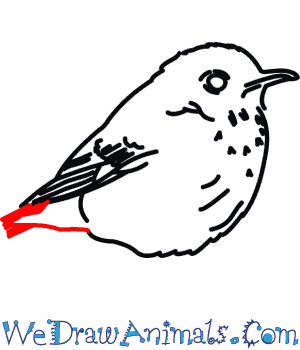 Step 5: Make the tail next. Make the lines on the top and the edge darker and thicker. 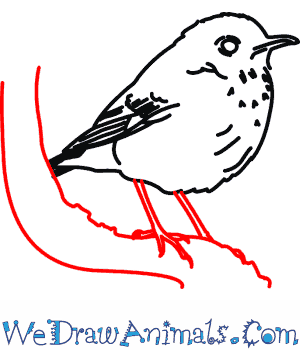 Step 6: Then draw the veery's legs. They are long and straight to help the bird hop around the forest floor when it looks for food. Add a branch for your bird to perch on, and you are finished! If you want to color it, the veery is cinnamon colored on its wings and head, with a white chest that has cinnamon colored spots.

Interesting Facts about the Veery

A small forest thrush Veery, are a little smaller than an American Robin but have a similar body shape. They spend much of their time on the forest floor searching for small fruit and insects. They have a distinct cinnamon color on top, cinnamon spots on their throats, and white bellies. They spent most of their time in Eastern North America but migrate to eastern South America during the winter. They are often seen checking their surroundings, hopping a short distance, and repeating the process.

Lesson plan note: Veery spend much of their time hopping along the ground looking for food. Teach students how that makes them different than other birds by having them mimic the Veery’s hunting methods. Have students look around themselves and then quickly hop across the room stopping to turn over papers and find treats underneath. 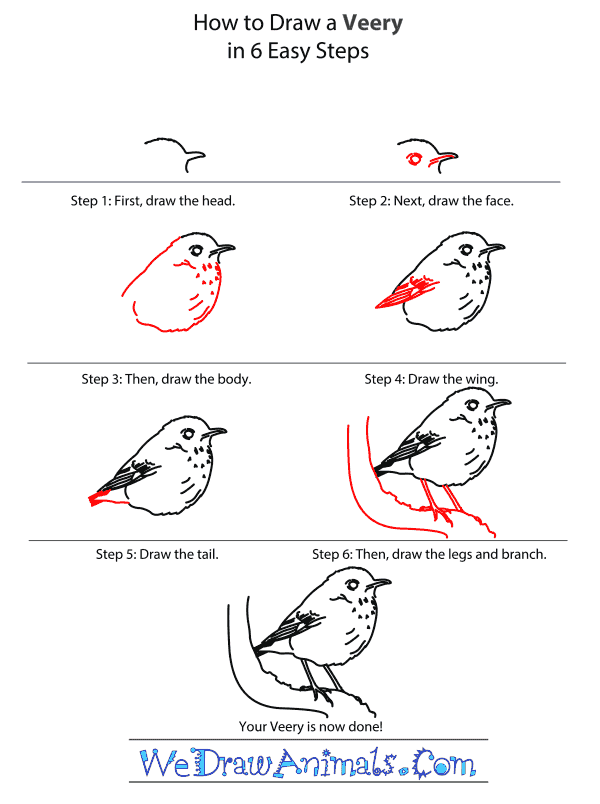 How to Draw a Veery – Step-by-Step Tutorial