How to Draw a Weka 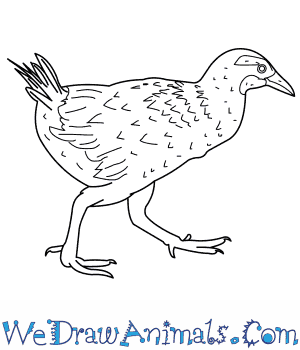 In this quick tutorial you'll learn how to draw a Weka in 8 easy steps - great for kids and novice artists.

At the bottom you can read some interesting facts about the Weka.

How to Draw a Weka - Step-by-Step Tutorial 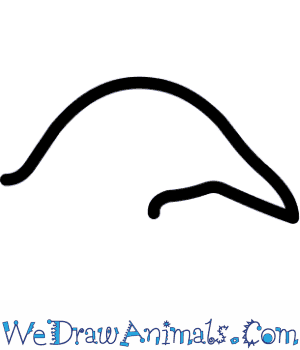 Step 1: Let's start our weka bird with the head. Draw a line that goes up then down into a pointy beak. 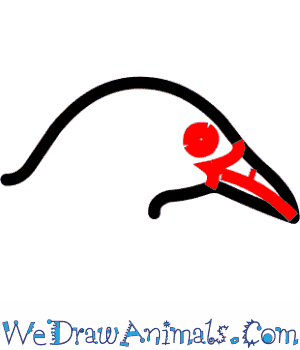 Step 2: Add some detail to the face - a circle for the right eye and a few lines in the beak for the mouth. 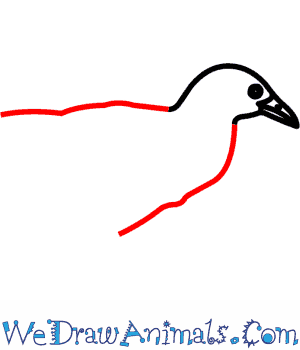 Step 3: Now you can start the body. Draw a wobbly line at the top, and another at the bottom that slopes down.

Step 4: This part is easy! Draw a bushy tail, then a line that curves down, leaving space for the leg. 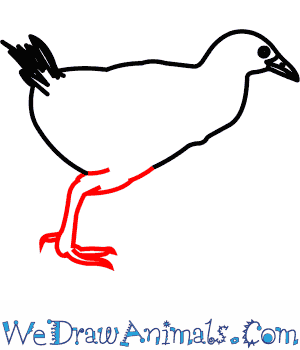 Step 5: Now draw the first leg. Draw two lines that connect to the body for the leg, and then three long, sharp claws for the feet. 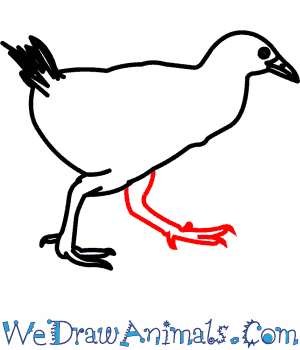 Step 6: Draw the left leg on the right of the weka's body. 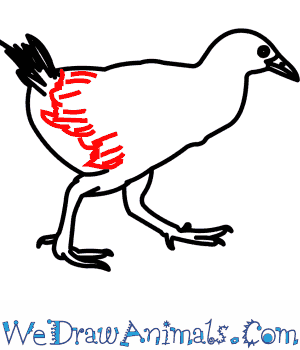 Step 7: Okay, now you can draw the wings. Wekas, just like chickens, are flightless birds! Draw a choppy line that starts at the tail and add some lines on the right. 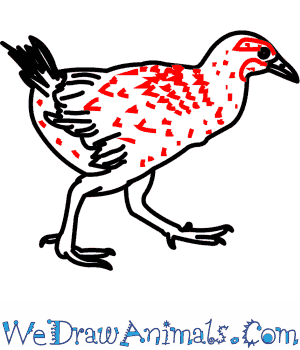 Step 8: One last thing - draw little triangles and dots for the weka's feather pattern - and you're done!

Interesting Facts about the WEKA

The Weka is a member of the bird family and the scientific term for them is Gallirallus australis. Other common names for this species are the Maori Hen or the Woodhen. This bird cannot fly and is native to New Zealand. They are the size of a chicken, but built much stronger.

They are members of the Rail family because they are a medium size for a Wetlands dweller. It has a brown body with black and grey markings. The creature eats worms, insects, crustaceans, and fruit. These animals make nests between August and January, and if there is little food then there would be less months of breeding. Both parents help to hatch the eggs. Since there are so few of these creatures, they are vulnerable to extinction. 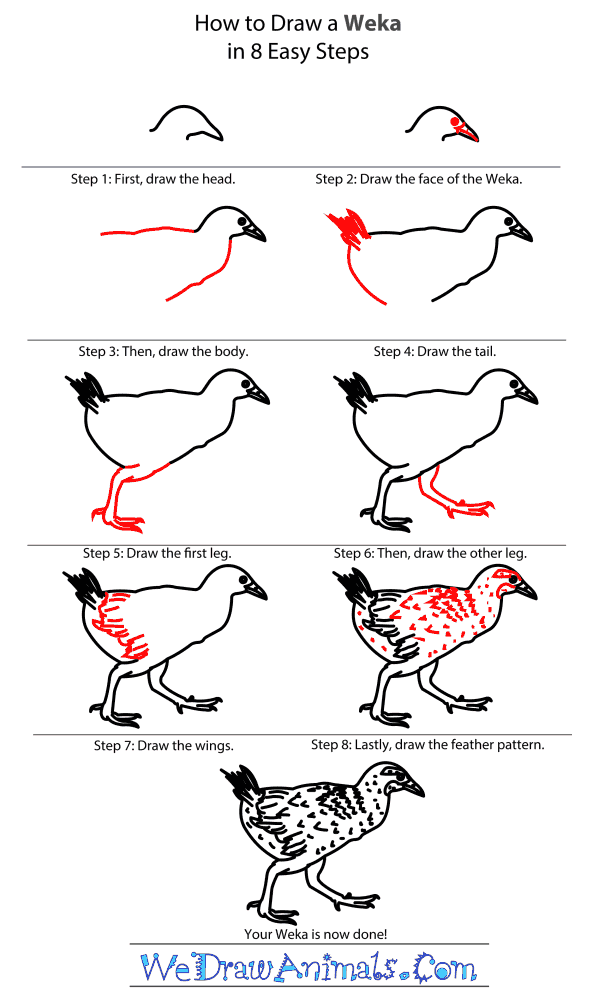 How to Draw a Weka – Step-By-Step Tutorial

Previous post: How to Draw a Butterfly for Kids