How to Draw a Western Meadowlark 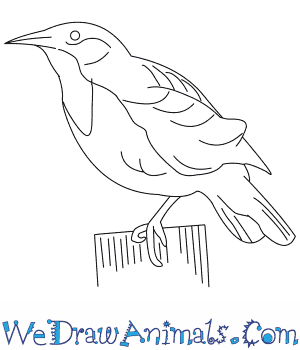 In this quick tutorial you'll learn how to draw a Western Meadowlark in 8 easy steps - great for kids and novice artists.

At the bottom you can read some interesting facts about the Western Meadowlark.

How to Draw a Western Meadowlark - Step-by-Step Tutorial 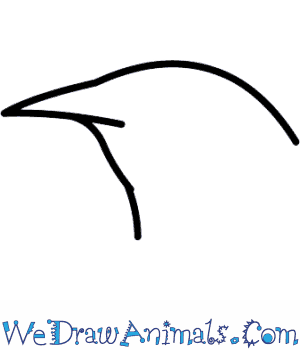 Step 1: Draw the head. The top of the head looks like a boomerang. The left side of the boomerang comes to a sharp point to make the beak and comes back to the right. From the end of this line draw a short line curved slightly down to start the neck line. 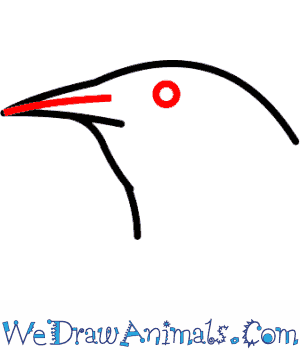 Step 2: Next draw a line in the middle of the beak to make the mouth line. At the end of that line draw a round eye. 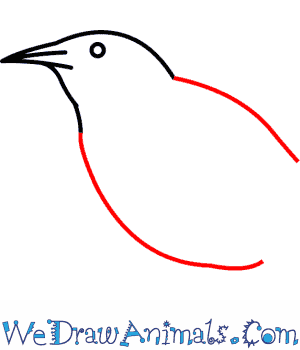 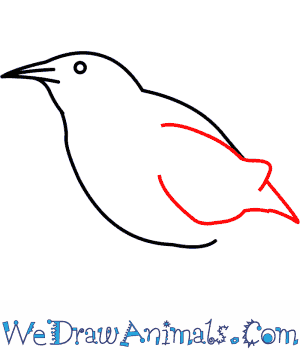 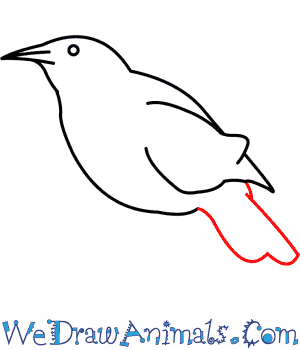 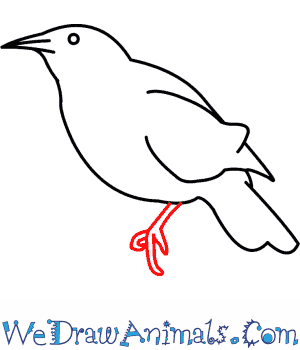 Step 6: At the very bottom of the left body line draw two lines to make the hind leg. The leg is very thin and ends in three toes at the bottom. Make the toes very long and pointy. 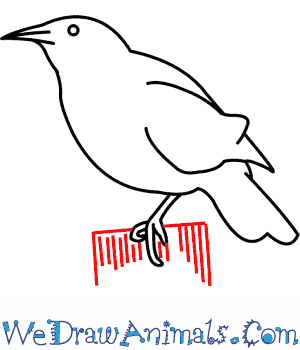 Step 7: Draw a straight line across the foot at the top of the toes to make the block of wood the meadowlark is perched on. Now draw several lines straight up and down inside the wood. 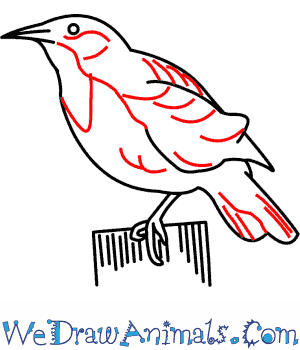 Interesting Facts about the WESTERN MEADOWLARK

The Western Meadowlark is a member of the bird group and the scientific term for them is Sturnella neglecta. This species derives its English name from it apparently having fun (larking) in the openness of sparse trees (meadow). They belong to the Icterids (Greek word for “jaundiced [yellow] ones”) family because of their small to medium size, colorful feathers, and a passerine (3 toes forward, 1 toe backward) bird in the New World. The Latin word “neglecta” was included because documentation began on the Eastern Meadowlark and discoverers of the Western Meadowlark assumed that they were the same species (neglected), until the 1800s.

This bird is similar to the Eastern Meadowlark in that they both have brown and white stripes on their back, but this species is distinguished by their more flowing singing rhythm. They make nests on the ground of western and central grasslands of North America. These animals have a low population amount, but are considered to be the least concern for the possibility of extinction. 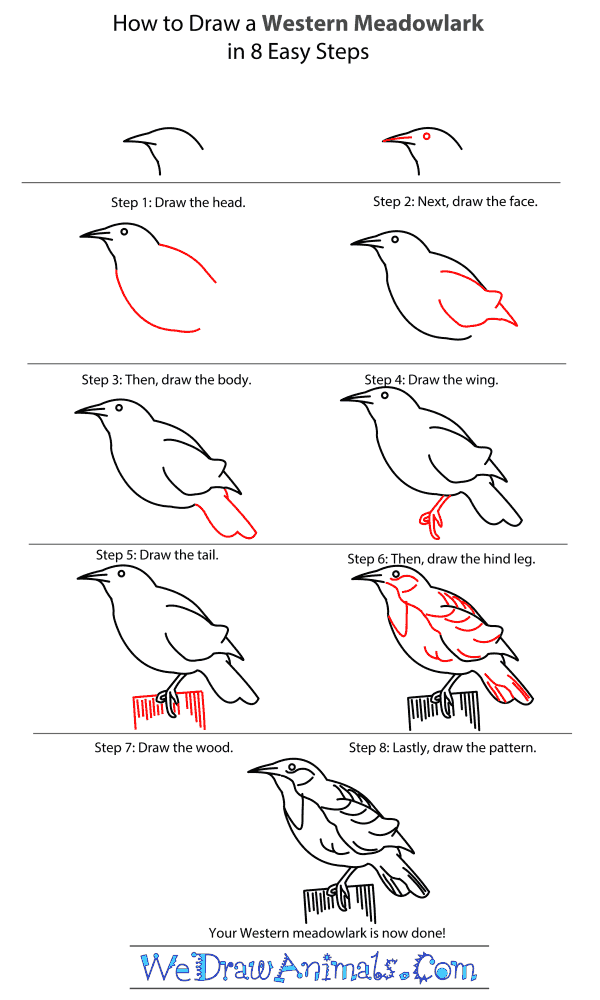 How to Draw a Western Meadowlark – Step-by-Step Tutorial