How to Draw a Whale Shark 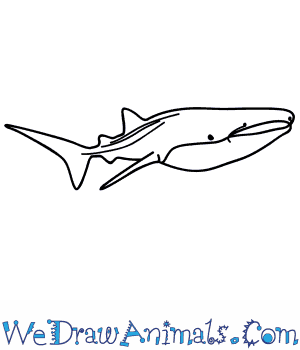 In this quick tutorial you'll learn how to draw a Whale Shark in 7 easy steps - great for kids and novice artists.

At the bottom you can read some interesting facts about the Whale Shark.

How to Draw a Whale Shark - Step-by-Step Tutorial 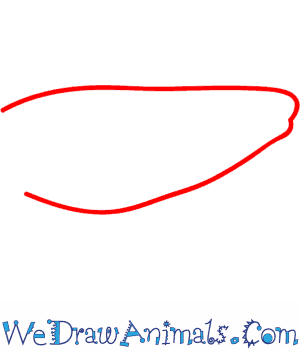 Step 1: To draw a Whale Shark, start with the head. It should be two curving lines that meet on the right, with a few bumps to imply a mouth. The top line should be flat, except at the back and the front. The bottom line will be a concerted curve, before slanting up to make the mouth. 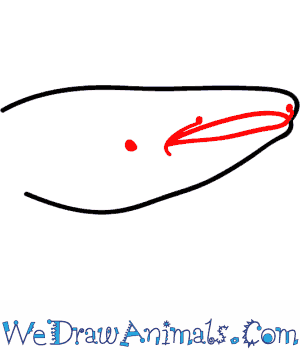 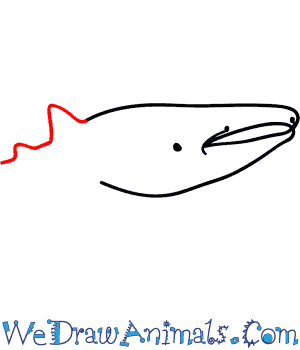 Step 3: Next we draw the top fins. The first is taller than the second, and is drawn with two sides of a triangle. A short straight line is put in after the first top fin, before making the smaller one. Make this one with a small hump with a straight down line on it's left side. Make another small straight line after that to draw the rest of the animal's back. 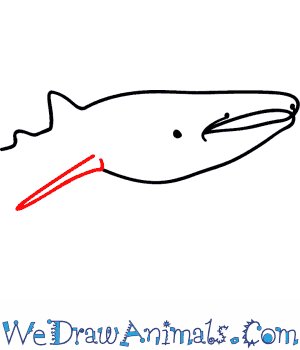 Step 4: Now for the big, bottom fin. This can be drawn with two lines that start very close to eachother, and slant backwards, getting slightly closer as they go. The tip should be only slightly rounded, implying a sleek shape 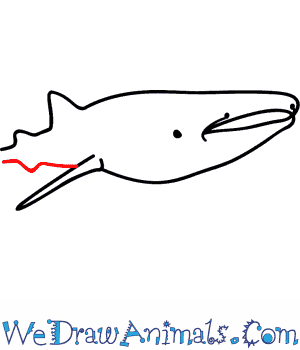 Step 5: The smaller bottom fin is drawn much like the top. After a small line going back to make part of the belly, make two sides of a triangle pointing down. Then add another small line to make the rest of the body. 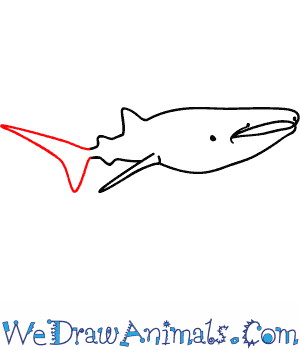 Step 6: Now the back fin is just four long lines. One will slant up and to the back, before connecting to another slanting down and to the right. Another will go mostly down, but slightly right, before the last line connects the entire shape to the rest of the body. 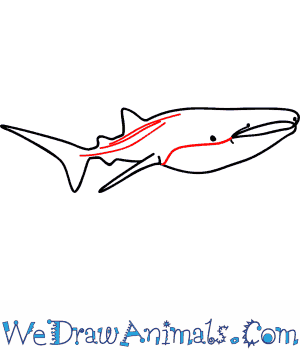 Step 7: The Whale shark has neat line patterns on its body. Draw a few lines on the back, as well as a line going from the back corner of the mouth down to a point just to the right of the big bottom fin to add textured details to your animal, and you're done! You have a Whale Shark!

Whale sharks live in warm and tropical oceans, and they can be found in open waters. Whale sharks are not known to attack humans. In fact, like dolphins, they let people ride on them, even though it is not advisable. 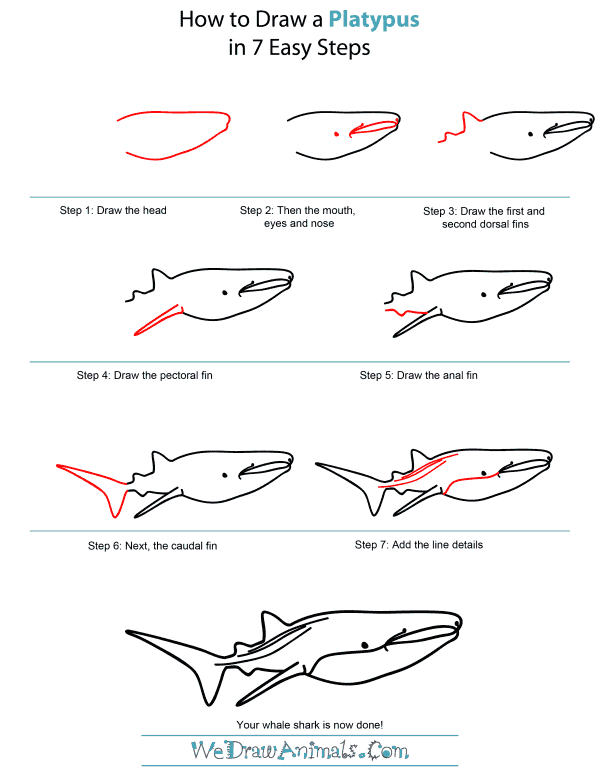 How To Draw A Whale Shark – Step-by-Step Tutorial