How to Draw a Wood Stork 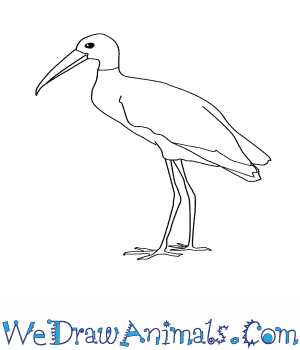 In this quick tutorial you'll learn how to draw a Wood Stork in 7 easy steps - great for kids and novice artists.

At the bottom you can read some interesting facts about the Wood Stork.

How to Draw a Wood Stork - Step-by-Step Tutorial 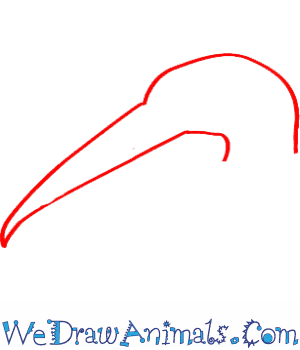 Step 1: Let's begin the stork by drawing its head and beak. Draw a line that goes up and then down into a very long beak. 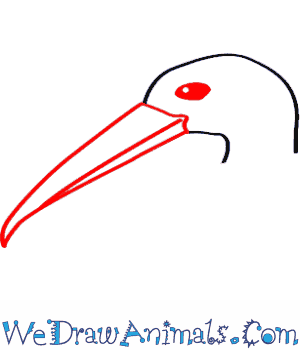 Step 2: Draw a small circle for the eye and then a line seperating the beak. 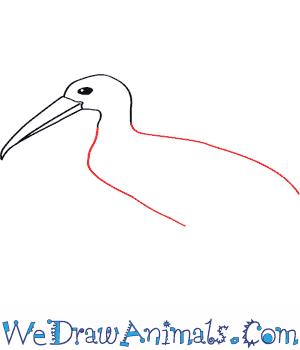 Step 3: Now you can draw the wood stork's long body. Draw the first line down, then ilting it to the right. Draw the second line with a slight downward slope. 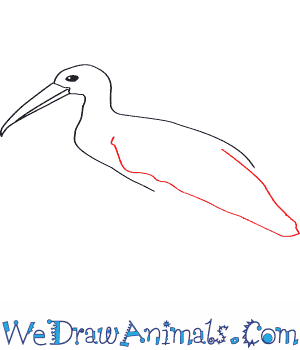 Step 4: Okay, let's draw the wing. Start the line just below the stork's neck. Draw it down and to the right, making it squiggly, then curving it sharply back up and finishing it just below the top of the bird's body. 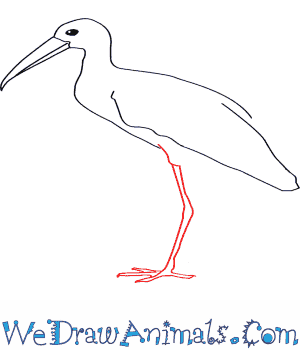 Step 5: Let's draw the first leg. Woma stork's have especially long legs. Draw a total of four digits at the feet - three at the front and one at the back of the foot. 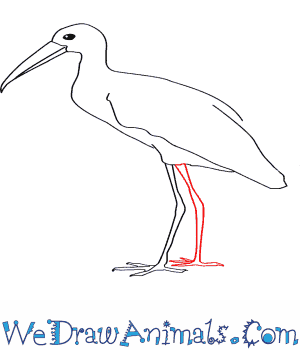 Step 6: Draw the second leg behind the first, and draw a line that reaches the wing at the top of the leg to complete the body. 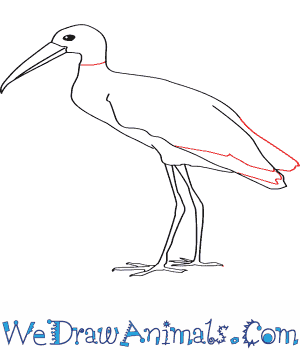 Step 7: Lastly, draw the tail by continuing the line at the top of the stork's body and curving it like the wing, just above the wing, and then connecting it to the middle of the wings base!

Wood Storks are a tall white bird that lives in southern east coast of the United States and largely in South America. Wood Storks are long legged birds that wade in water looking for food. Their neck is 45 inches long and their wingspan is 60 to 65 inches long. Although they are mostly white, there are black bands on the edge of their wings. Their heads and tails are black; the long curved bill helps with pulling fish out of the water. A hunting Wood Stork dips its bill into the water partially open, when a fish swims in, they snap their bills shut and gulp it down their long necks. Wood Storks are freshwater birds they like swamp areas and calm lakes.

Activity: If you live a rural area, you can teach older children how to hand fish. If that isn’t an option, here is a simple craft for the indoor kid. Fold a white paper plate in half and color the edge black with markers or crayons. Glue some white craft feathers above the line. Glue a black stork head made out of construction paper to the fold. Add some google eyes and gray or black construction paper beak to the head. To finish your stork, just glue some black pipe cleaners to the underside of the plate. Wrap some smaller black pieces to make toes. 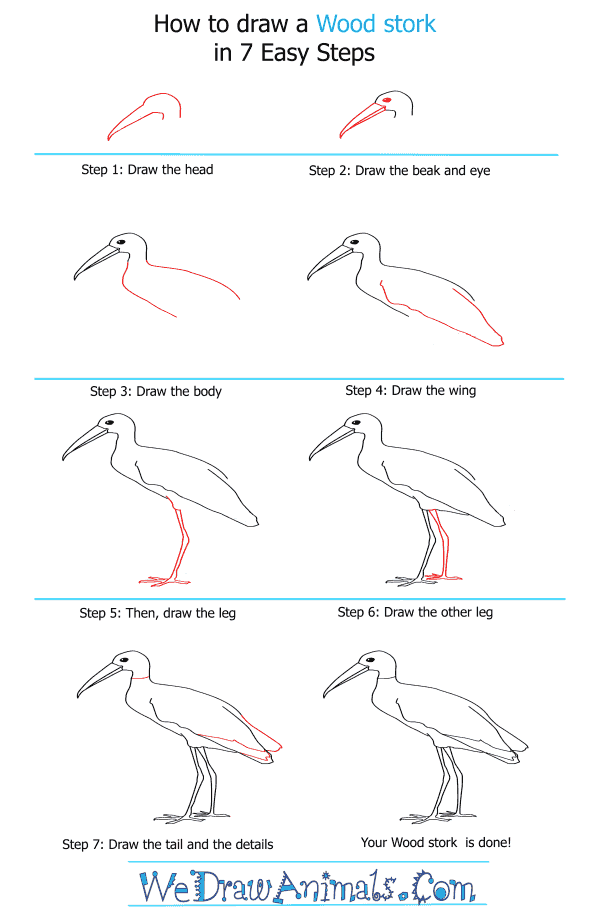 How to Draw a Wood Stork – Step-by-Step Tutorial

Previous post: How to Draw a West Indian Manatee