How to Draw a Wreckfish 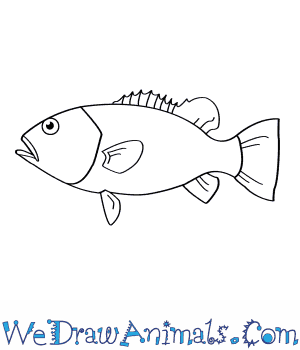 In this quick tutorial you'll learn how to draw a Wreckfish in 6 easy steps - great for kids and novice artists.

At the bottom you can read some interesting facts about the Wreckfish.

How to Draw a Wreckfish - Step-by-Step Tutorial 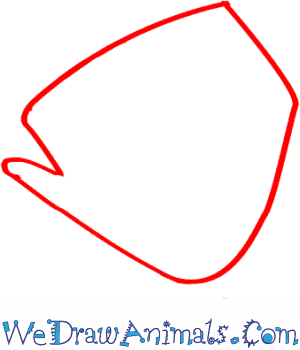 Step 1: Let's begin with the wreckfish's head. Draw a quadrilateral with a square back side, and leaving an opening for the mouth. 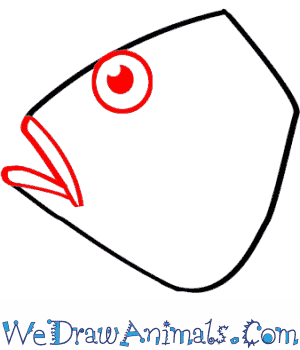 Step 2: Now we can detail the face - draw a circle then a smaller circle inside for the eye, and draw two thin ovals for the lips. 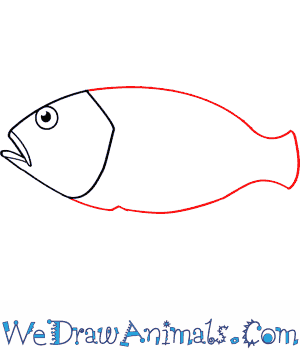 Step 3: Draw the fish's rounded body. Leave a slight indent at the bottom for the fin. 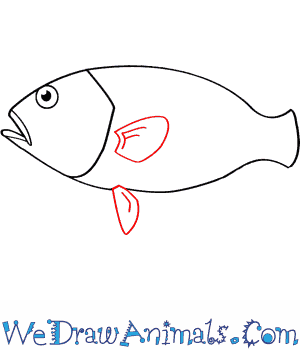 Step 4: Let's give our wreckfish some fins so he can swin. Draw the first on the right of the line seperating his face, and draw an "F" inside for detail. The the second, smaller fin at the indent you made, and again draw a line inside for detail. 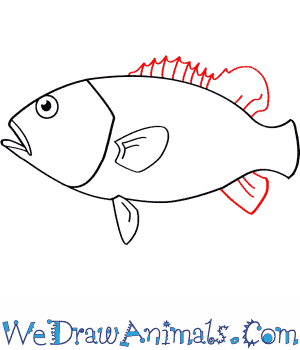 Step 5: Now draw a square fin at the back and give it two lines for detail. Draw a spiky line for the first half of the dorsal fin, and then into a round shape at the back. Draw vertical lines inside for detail. 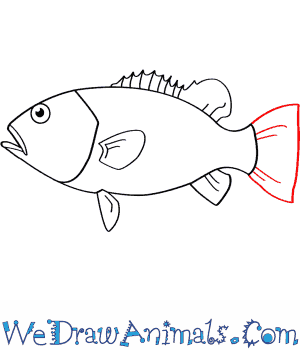 Step 6: To finish your wreckfish, draw a large squared-off tail with four lines for detail.

Wreckfish are all over the Atlantic, Pacific, and Indian Oceans. The like to live water that is 40 to 600 meters deep. The longest a Wreckfish gets is 210 centimeters. They are silver with two fins at the top and the bottom of the tail fin and two side fins. The most noticeable feature on a Wreakfish is a spiky ridge down its back. They like to eat crustaceans, and smaller fish.

Theme: Open your child’s culinary tastes by trying new foods like Wreckfish. They might just like it. If you are home schooling parent, make meal time part of the lesson. Study popular species of fish, chicken, pork, etc. You just might find your child’s favorite food accidently. With older children and teenagers, exotic and new foods are a fun way to learn how to cook. Teach your children how to prepare the same food in a variety of ways. There might be a future chef in the family. 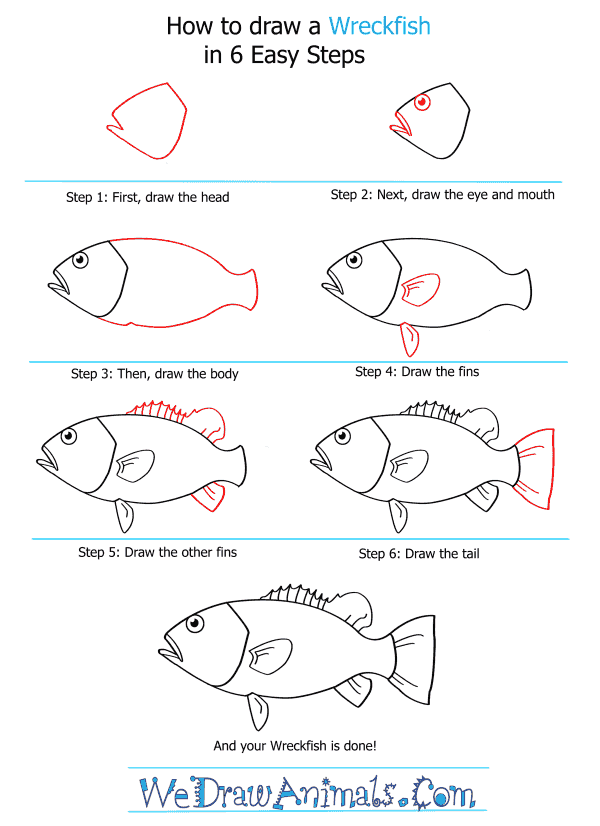 How to Draw a Wreckfish – Step-by-Step Tutorial