How to Draw a Yellow-Eyed Penguin 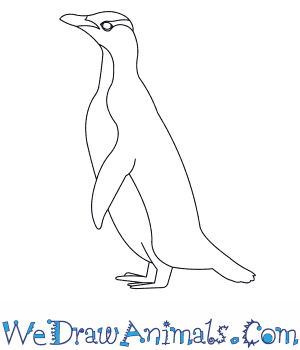 In this quick tutorial you'll learn how to draw a Yellow Eyed Penguin in 6 easy steps - great for kids and novice artists.

At the bottom you can read some interesting facts about the Yellow Eyed Penguin.

How to Draw a Yellow Eyed Penguin - Step-by-Step Tutorial 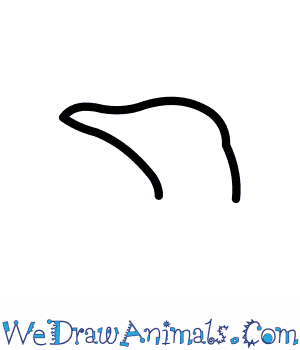 Step 1: First, draw the head of our yellow-eyed penguin. The top of the head is rounded, and it has a rounded beak. 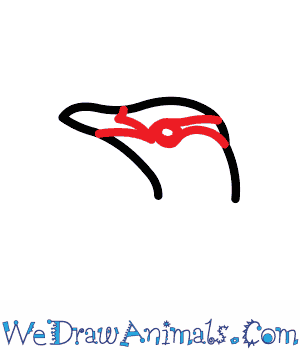 Step 2: Now, add the eye. Draw a band starting on one side of the head, going around the eye, and into a sideways V at the beak. 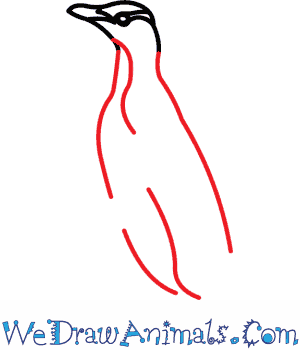 Step 3: Start the body by drawing the back of the penguin as a nearly straight line. Then, starting at the throat, make a line that goes down the front of the bird and curves out for the belly. Leave a break in the line for the flipper. Add another line that starts at the throat but curves like a backwards S. Leave a break in that line and draw another line that is straight nearly to the bottom of the bird before it curves. 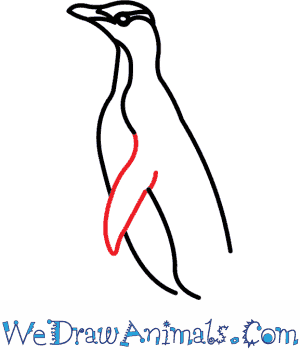 Step 4: Draw the flipper. It looks a lot like a wing but is much better for swimming! 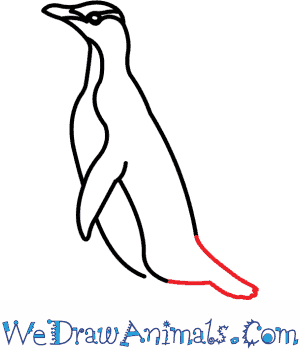 Step 5: Make the tail. It is rounded on the bottom but a straight line coming from the back. 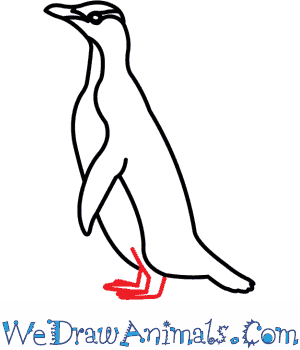 Step 6: Last, add the legs. Penguins have very short legs with webbed feet and claws. Congratulations, you are finished! If you would like to color your yellow eyed penguin, it has black on its head, back and flippers. It has a white belly, an orangey-pink beak and feet. It has a yellow band going from its eye around the back of its head.

Interesting Facts about the Yellow-Eyed Penguin

The Yellow-eyed penguins (Megadyptes antipodes) inhabit the southern areas of New Zealand. Like their name, they have yellow eyes and a yellow band around their eyes that runs to the back of their head. They feed on various types of fish.

Lesson plan note: Many animals choose several mates throughout their lives. Discuss how the fact that yellow-eyed penguins do not migrate and spend most of their time in the same area might affect why they tend to stay with one mate for the length of their lives. 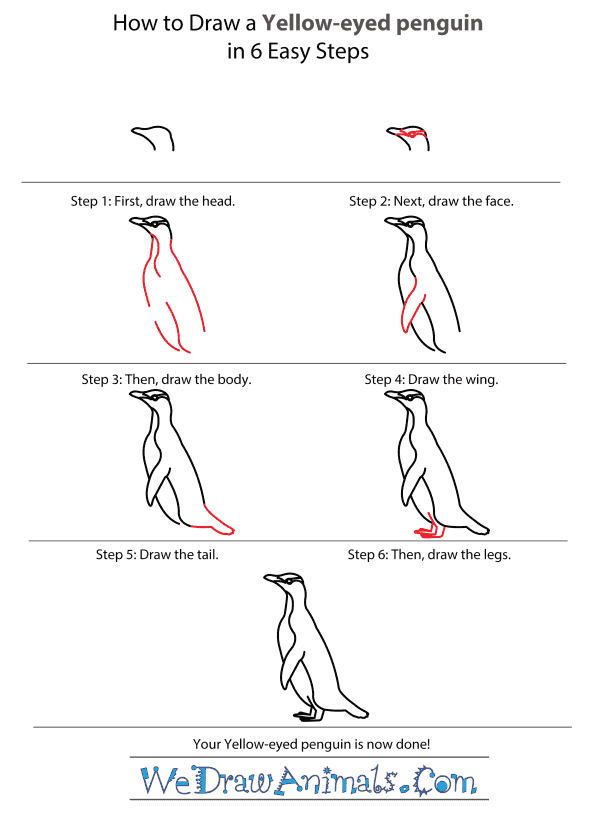 How to Draw a Yellow-Eyed Penguin – Step-by-Step Tutorial