How to Draw a Zebra Danio 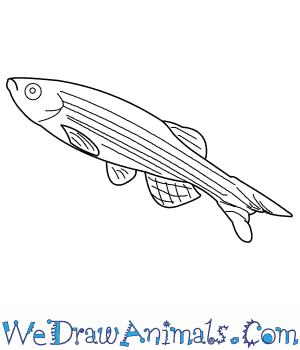 In this quick tutorial you'll learn how to draw a Zebra Danio in 7 easy steps - great for kids and novice artists.

At the bottom you can read some interesting facts about the Zebra Danio.

How to Draw a Zebra Danio - Step-by-Step Tutorial 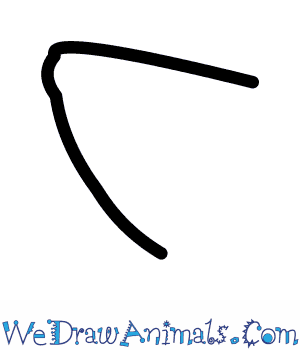 Step 1: Let us start by drawing the head of the Zebra Danio using a slightly pointed half-oval shape as shown. 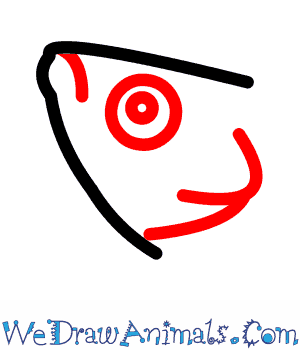 Step 2: Draw a small circle for the eye and draw a ring around it. Draw a curve at the end of the head to show the gill slits of the Zebra Danio. Draw a small downwards curve for the mouth of the fish. 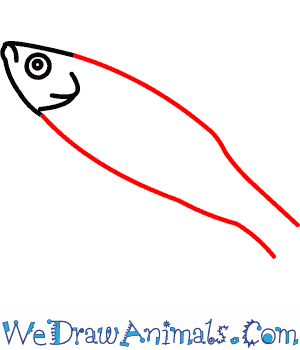 Step 3: Draw the long and narrow cone-shaped body of the Zebra Danio using two gently slanting lines. Make the body wider near the head and narrower near the tail. 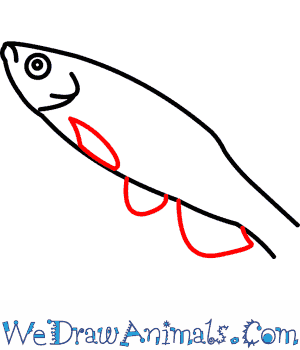 Step 4: Draw the two lower fins below the body and the pectoral or side fin using curved lines as shown in image. 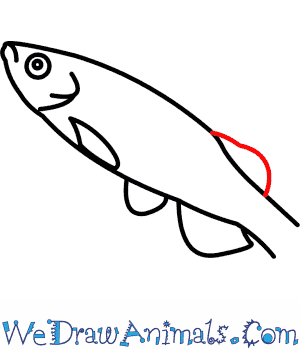 Step 5: Draw the curved upper fin on the top of the Zebra Danio’s body. 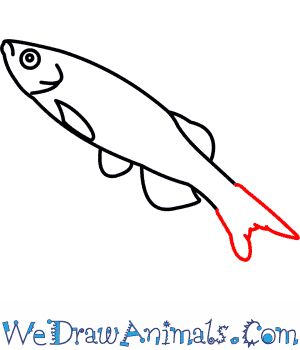 Step 6: Draw the divided tail of the fish using a rough W-shaped line. 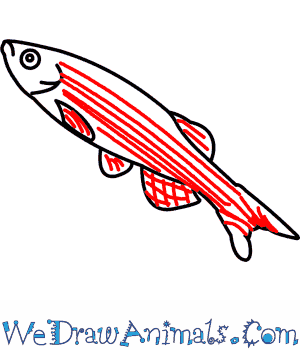 Step 7: To complete the drawing, draw slanting lines down the body to show the zebra-like stripes of the fish. Add small slanting lines and crossed lines to show the scale patterns on the fins and tail. You can color your drawing of the Zebra Danio after you finish it.

The Zebra Danio is a type of minnow that originated in the Ganges River of India. Today, it is one of the most popular freshwater fish for purchase in aquariums, all over the world. The Zebra Danio gets its name from the distractive black stripes that run from head to tail lengthwise along its body.

The Zebra Danio is a hardy and abundant fish. It is not in any danger of extinction. This little striped fish is categorized as a species of “least concern” by the International Union for the Conservation of Nature (ICUN). 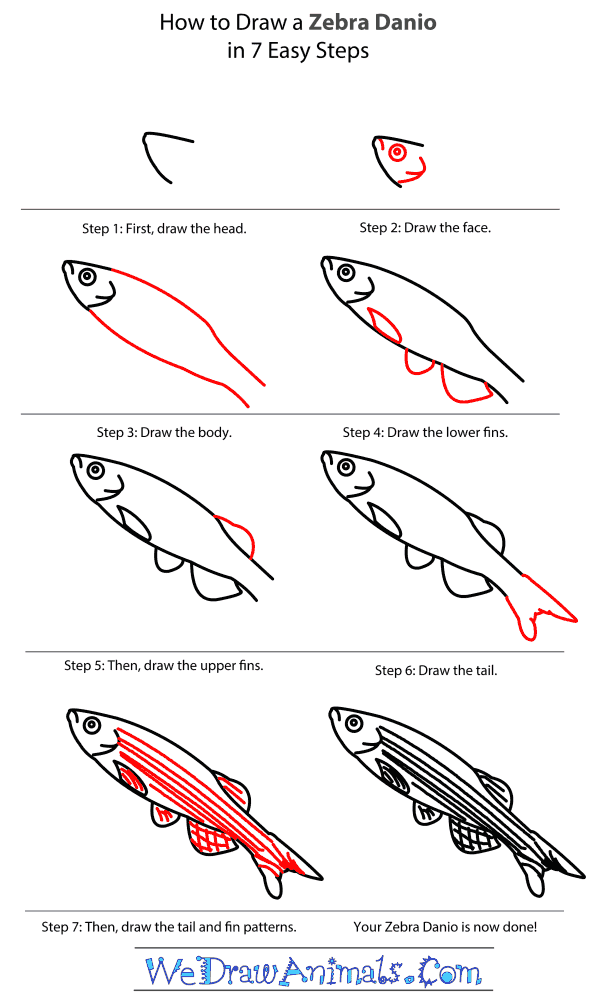 How to Draw a Zebra Danio – Step-by-Step Tutorial

Next post: How to Draw a Crown Of Thorns Starfish