How to Draw an American Bison 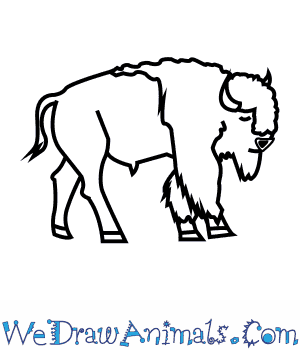 In this quick tutorial you'll learn how to draw an American Bison in 8 easy steps - great for kids and novice artists.

At the bottom you can read some interesting facts about the American Bison.

How to Draw an American Bison - Step-by-Step Tutorial 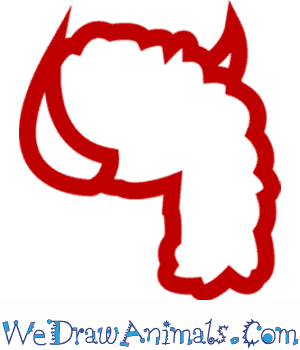 Step 1: Make a big, poofy q-shape. Add a triangle on top for a horn, and two curved lines that end in a sharp point for a second horn on the side. 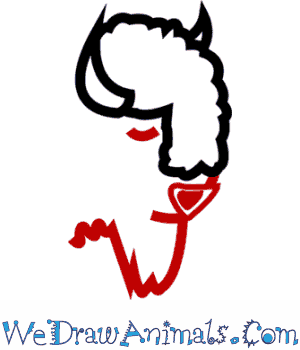 Step 2: Give it a face! Draw a curve just under the middle of the first shape, and a downward-pointing triangle under the tail of the q, connected to it by a curve. Add a triangular, zig-zagging chin underneath. 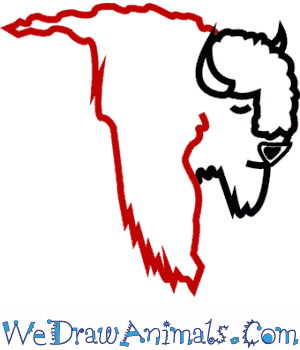 Step 3: Add a zig-zagging line that goes behind the head and then turns down beneath it and back up for the hair. 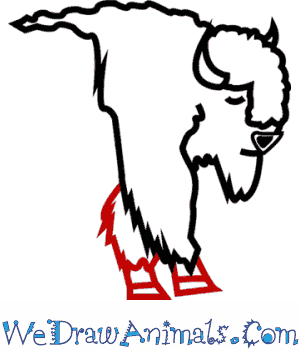 Step 4: Draw two rectangles beneath the hair; add wavy lines on the sides and a horizontal line on the bottom of each. 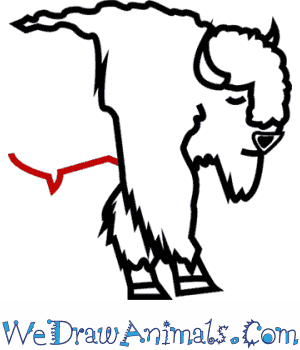 Step 5: Draw a curve next to the hair, with a little downward-pointing triangle under it, for the lower body. 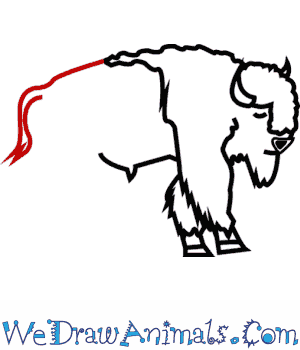 Step 6: Draw a line from the top part of the hair that ends in an S-shape. 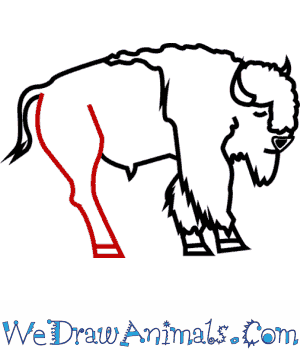 Step 7: Draw two curves that end in straight lines between the tail and lower body for the hind leg. 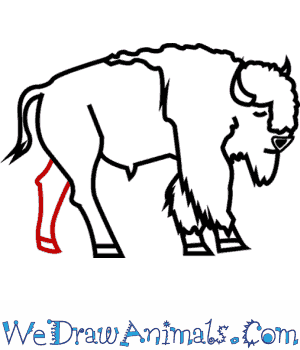 Step 8: Add two straight lines next to the hind leg for a second hind leg. Done! You can color it light to dark brown.

Interesting Facts about the American bison

The American bison is a very iconic animal of the Great Plains and is the heaviest of all land animals that can be found in North America. This animal is deeply rooted into the history of the United States. This large animal used to have the largest range of all of the North American herbivores but now the free range herds of bison are only on one percent of the land that they use to call home. 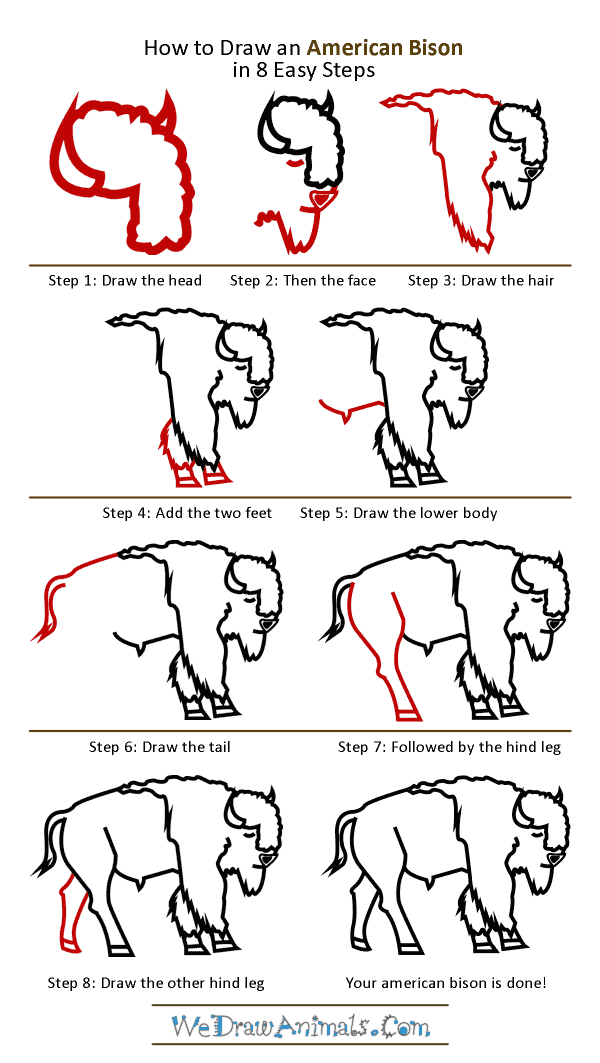 How to Draw an American Bison – Step-by-Step Tutorial