How to Draw an American Woodcock 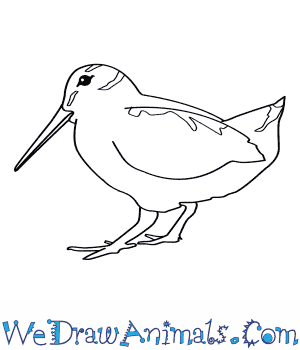 In this quick tutorial you'll learn how to draw an American Woodcock in 7 easy steps - great for kids and novice artists.

At the bottom you can read some interesting facts about the American Woodcock.

How to Draw an American Woodcock - Step-by-Step Tutorial 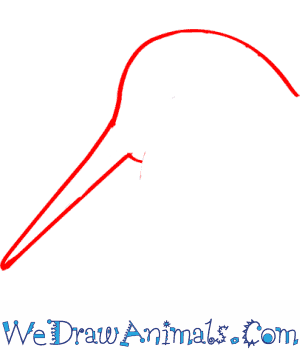 Step 1: Make a half circle for the head, with a long skinny triangle for the beak. 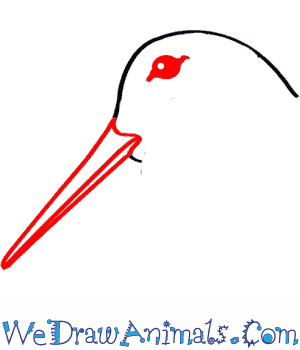 Step 2: Next, draw the face. Make a circle for the eye and color it in, leaving a small white circle. Draw a short line right through the center. Next, draw a small line near the bottom of the beak, connecting it to the other side with a half circle shape. 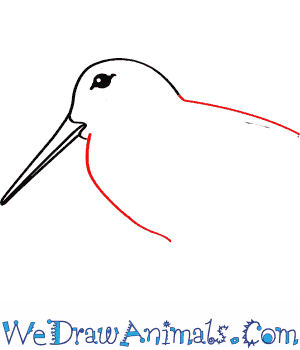 Step 3: Now for the body. It is a small, chunky bird, so make a big curve on the bottom for the lower body and a nearly straight line for the back. 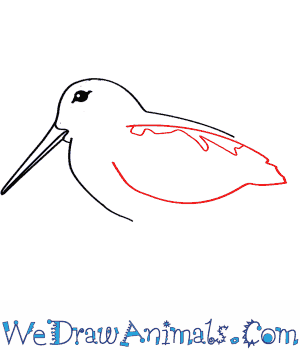 Step 4: The wing's top line has a small curve to it and an indent near the bottom. The lower line has a deep curve that ends in a triangle point. Draw some wavy lines at the top of the wing to make a pattern. It helps him blend into his surroundings! 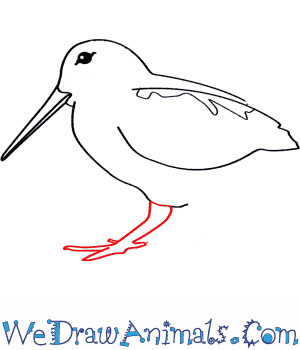 Step 5: Draw a short leg and some narrow, pointy toes. Make sure to add one on the back. 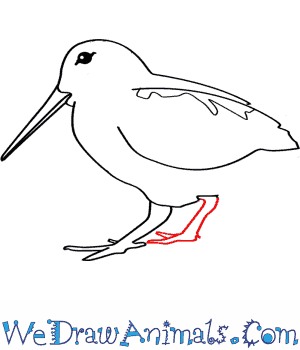 Step 6: Do the same for the other leg. You're doing a great job! 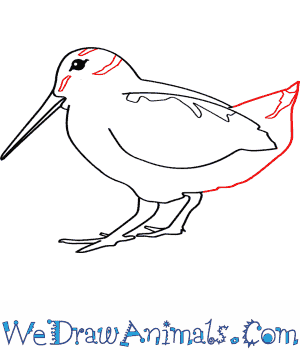 Step 7: Add the tail by drawing a curved line from the back foot past the wing and up into a point. Draw another straight line from the end of the back up to the point. Next, add some wavy lines to the face and one to the tail. Congratulations, your American woodcock is done! To make it more realistic, you can color it. They are typically brown, black, and tan so that they can blend in with the forest floor.

Lesson Plan Note: American Woodcocks could be used for a study of animals that use camouflage. There are many lizards, spiders, insects, and even big cats that can demonstrate the art of concealment. A fun way to start is to see how much the class actually knows about camouflage and its uses. 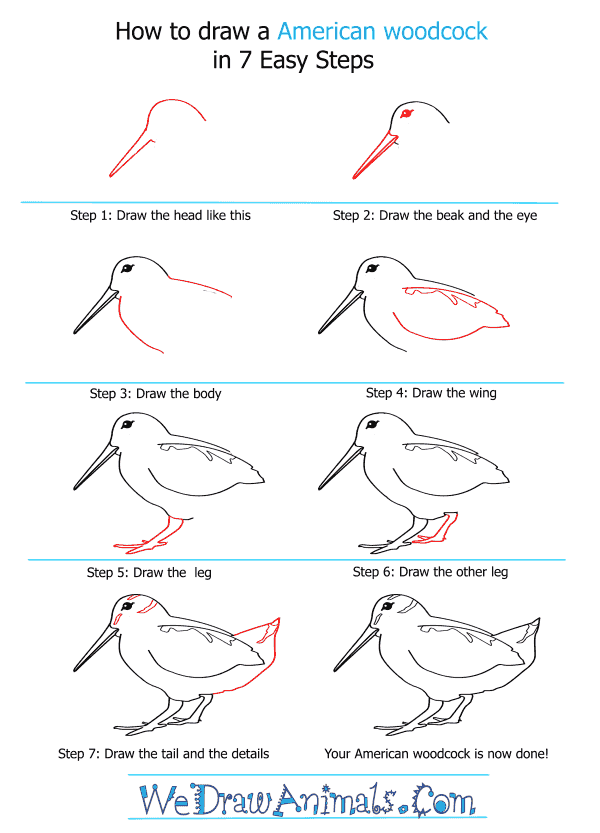 How to Draw an American Woodcock – Step-by-Step Tutorial

Next post: How to Draw an Atlantic Bluefin Tuna