How to Draw an Aye-Aye 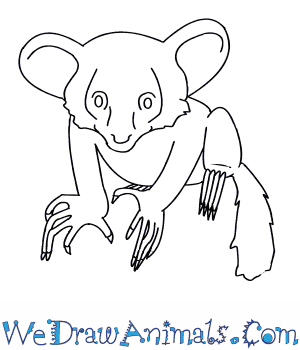 In this quick tutorial you'll learn how to draw an Aye Aye in 8 easy steps - great for kids and novice artists.

At the bottom you can read some interesting facts about the Aye Aye.

How to Draw an Aye Aye - Step-by-Step Tutorial 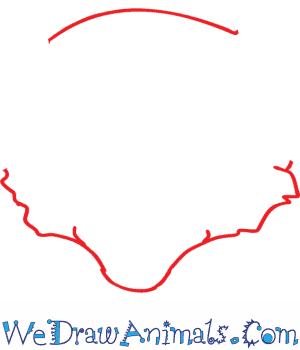 Step 1: Let's begin the Aye Aye by drawing the head first. Start with a curved line along the top. Under that, leave a blank space and make the bottom of the head by making a shape with lots of little cuts in it, rounded at the bottom. 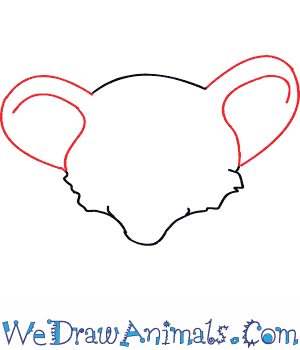 Step 2: Next, draw the ears with two large arcs coming out form the head. Also add the inside of the ear for detail, draw two more curved lines that come close to the outer ear. 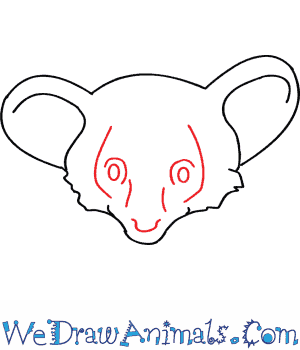 Step 3: Continue drawing the face by adding a 'u' shape down under for the mouth. Next, draw the curved shapes you see around the eyes. For the eyes, draw an elongated circle with another curve around it. 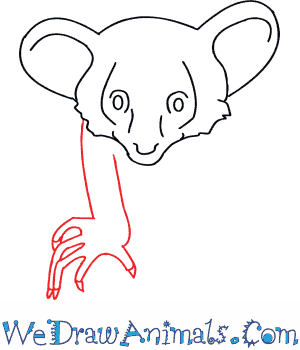 Step 4: Next, draw two parallel lines down for the arms. End them with long fingers. The Aye-Aye has thin and long fingers, with an extra-long third digit in the middle of their hand. 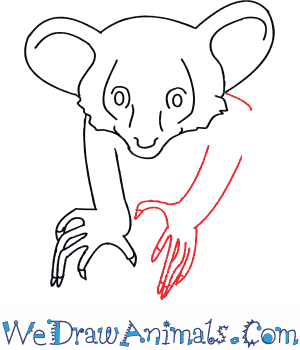 Step 5: Now add a small line behind the right ear for the back. Also,, draw another long tube for the other arm ending in more long pointed fingers. 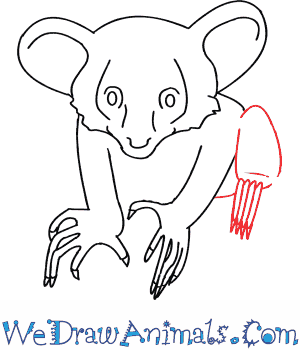 Step 6: For the first back leg, draw a large egg shape and then add more pointed lines underneath for the claws. 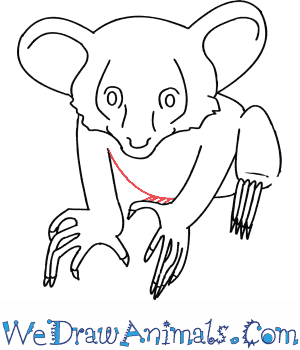 Step 7: Now, let's add a curve underneath for the tummy. 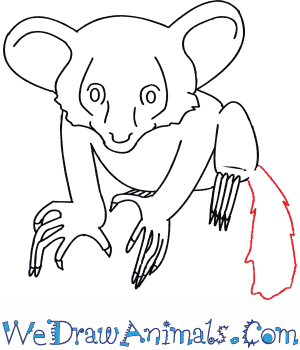 Step 8: Lastly, add the tail by drawing a long rectangular shape, but add fur on the outsides instead of straight lines! black or dark brown in color

Interesting Facts about the Aye-aye

The aye-aye is one of the strangest primates in the planet and is the largest nocturnal primate in the world! These peculiar animals are native to Madagascar, found in the dry forests of the northwest and the rainforests of the east, as well as mangroves.

The aye-aye is classified as being near threatened on the IUCN Red list. The aye-aye faces threats from deforestation, as does all of Madagascar’s other primates. In attempts to converse and protect the animal, there are now protected regions of forest and captive breeding colonies.

How to Draw an Aye-Aye – Step-By-Step Tutorial