How to Draw an Iberian Lynx 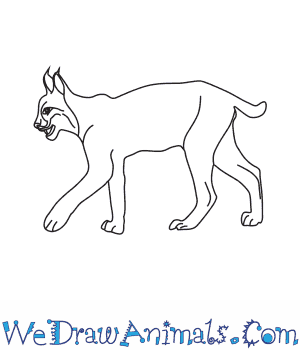 In this quick tutorial you'll learn how to draw an Iberian Lynx in 6 easy steps - great for kids and novice artists.

At the bottom you can read some interesting facts about the Iberian Lynx.

How to Draw an Iberian Lynx - Step-by-Step Tutorial 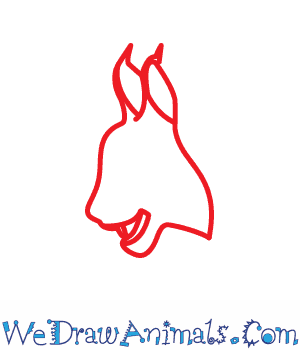 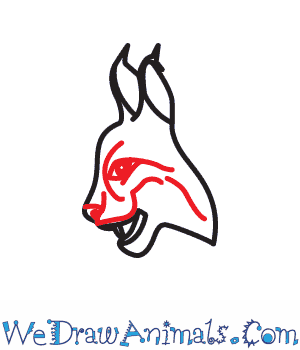 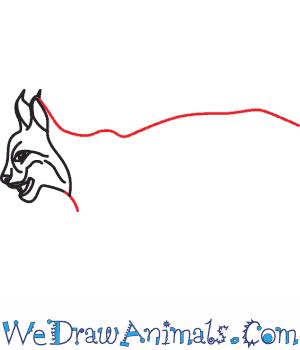 Step 3: Draw a small line below the head to show the neck of the lynx. Use a wavy line to draw the back of the Iberian Lynx as shown in the image. 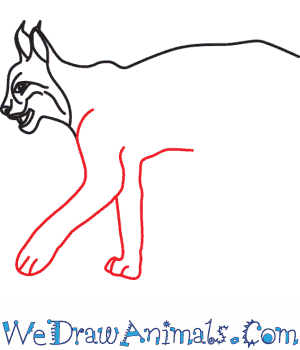 Step 4: For the first fore leg, draw two S- shaped lines and join them at the end in a curve. Draw two small curved lines to show the paws of the Iberian Lynx. Then, draw the other fore leg behind the first one using a slanting line and a curved line. End the leg in a curve and add the paw details using small curved lines. 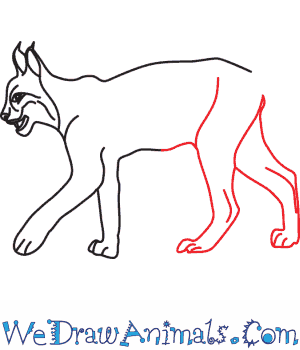 The Iberian lynx lives in the Mediterranean region of southern Spain. Spain is on the Iberian Peninsula, hence the name of this species of lynx. The Iberian lynx has black tufts on its ears, and a long “beard” under its chin. The Iberian lynx, like other species of lynx, has long legs and a short tail. They are beautifully spotted and their coat is a tawny color to blend in with their habitat. They are about two feet tall and three feet long, and can weigh between twenty and sixty pounds, with males much heavier than females.

The Iberian lynx is the most endangered species of wild cat in the world. In fact, it is considered “critically endangered.” If the Iberian lynx were to become extinct, it would be the first time a feline species has disappeared from the planet since prehistoric times. It is a beautiful, rare and majestic animal. There are many organizations working hard to try to keep the Iberian lynx from going extinct. 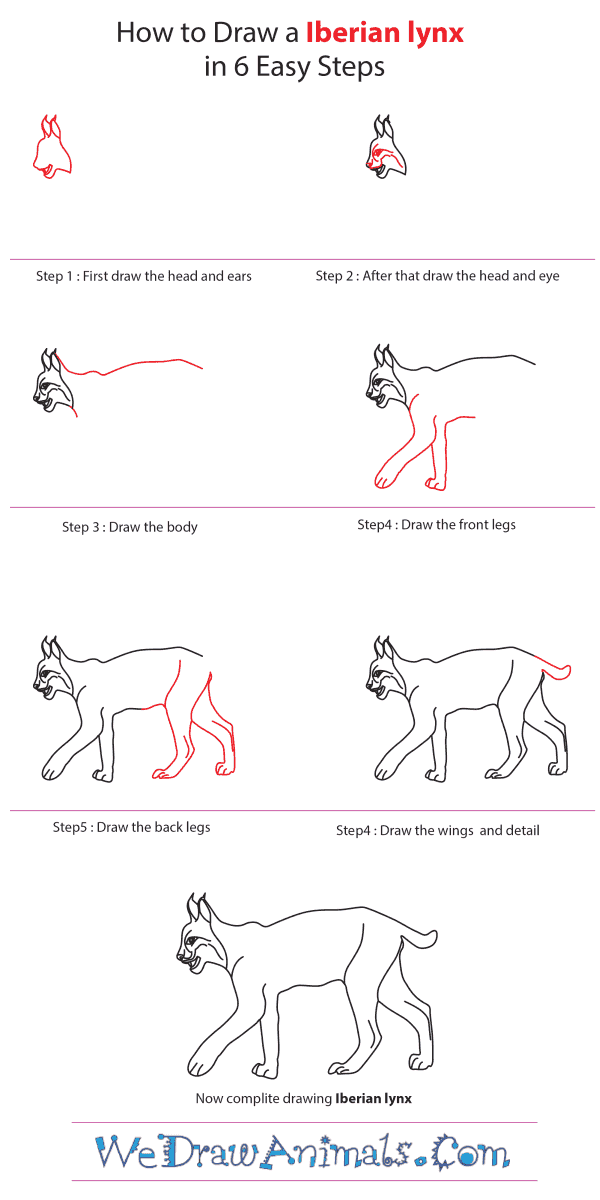 How to Draw an Iberian Lynx – Step-by-Step Tutorial

Previous post: How to Draw Owl From Winnie The Pooh