How to Draw an Organ Pipe Coral 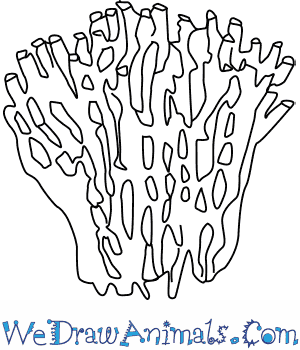 In this quick tutorial you'll learn how to draw an Organ Pipe Coral in 4 easy steps - great for kids and novice artists.

At the bottom you can read some interesting facts about the Organ Pipe Coral.

How to Draw an Organ Pipe Coral - Step-by-Step Tutorial 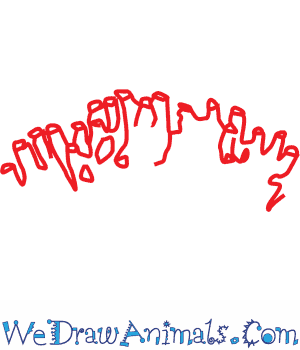 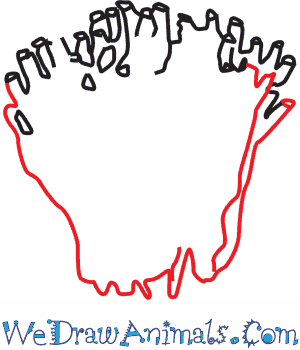 Step 2: Next, draw the remaining area of the tentacles. It should be wider at the top and narrower at the bottom. 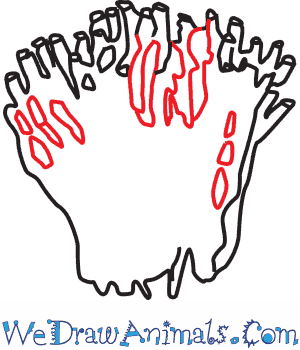 Step 3: Then, draw in the tentacle details. The tentacles of the Organ pipe coral have different levels with lines that connect the different tentacles. 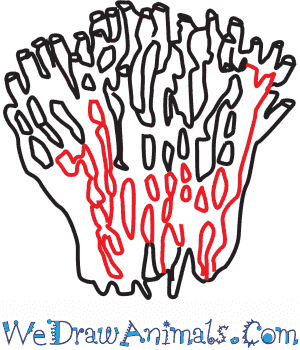 Step 4: The last step is to draw the polyps on the remaining areas. The body of the Organ pipe coral is red but the polyps can be either green or gray.

The Organ pipe coral ( Tubipora musica) is found mainly in the Indian Ocean and the western part of the Pacific Ocean. It has a strong skeleton of calcium carbonate though it’s a soft coral creature. The hard skeleton is bright red in color due to which they are frequently used for jewelry & aquarium business. To maintain its optimum health it requires elements such as calcium, iodine & strontium. They feed on plankton & have close relations with various other soft coral and sea fans as well.

Lesson plan note: Since corals have varying shapes, children can draw corals on a paper and paint the rest of the area around blue. They may also draw a few multi colored fish on the paper. You can then put all the corals together on the board to form hand-made coral reef! 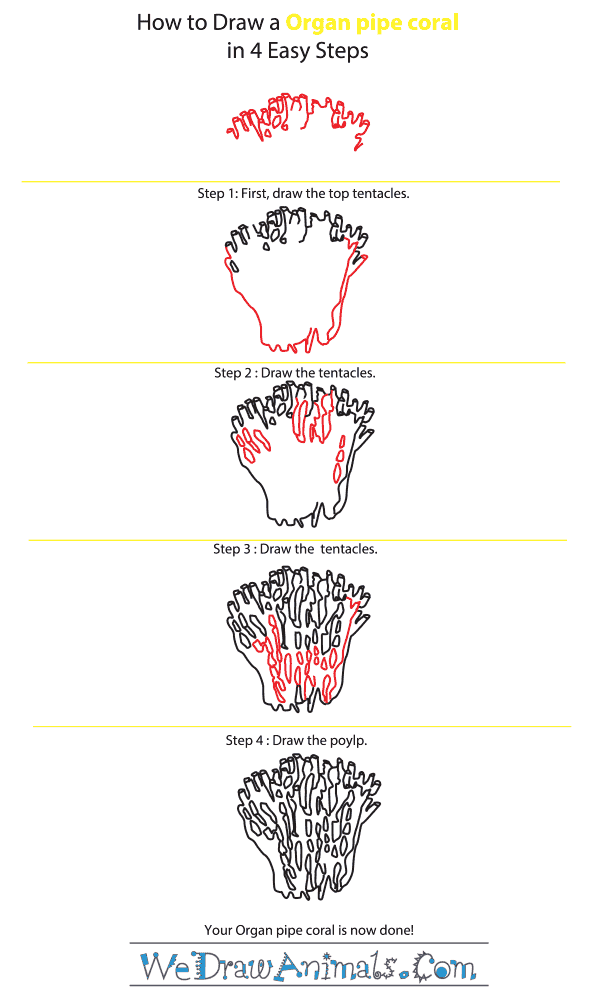 How to Draw an Organ Pipe Coral – Step-by-Step Tutorial

Previous post: How to Draw an Omiltemi Minute Salamander