How to Draw an Osmoderma 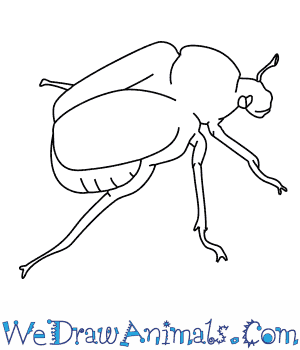 In this quick tutorial you'll learn how to draw an Osmoderma in 9 easy steps - great for kids and novice artists.

At the bottom you can read some interesting facts about the Osmoderma.

How to Draw an Osmoderma - Step-by-Step Tutorial 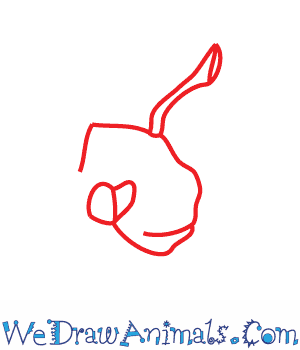 Step 1: Let's start drawing a Osmoderma..we'll begin with the head. The shape of the head itself is a teardrop shape with two other smaller circles at the left. After that, draw a small tube shape bent at a 45-degree angle and closed at the end. Lastly, draw a small curved line at the bottom for the mouth. 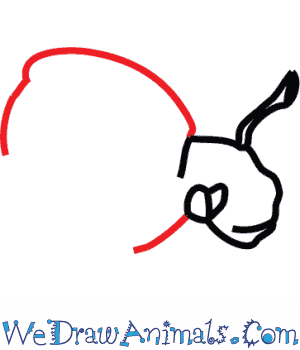 Step 2: For the body, draw a half circle up top with a small bump in it. Then, draw a small curve underneath. 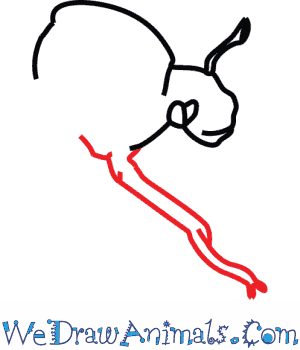 Step 3: Now, let’s add the front leg. Bring some lines down at an angle. Then, add small elbow before continuing down to the end. Draw two very small ovals at the end for the feet. 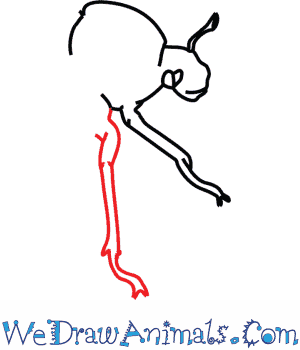 Step 4: Add a longer leg below that one with a bit more detail, as shown in the picture. This is the middle leg. 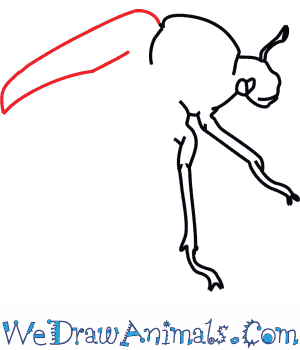 Step 5: For the left wing, draw a long line coming out from the back so it comes down to a point. Then, just draw a line all the way back to the body. Make sure to leave an open space. 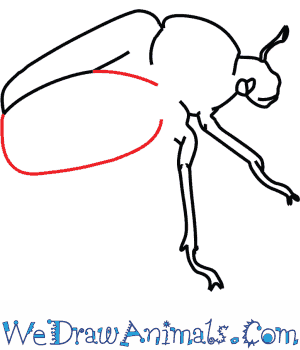 Step 6: Add the right wing by drawing a large oval that comes into the body. 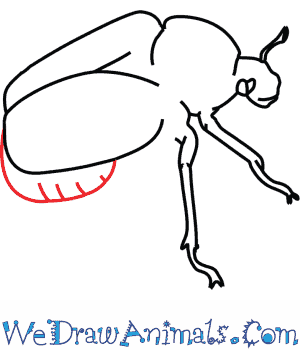 Step 7: For the abdomen, draw another half circle just underneath the right wing, and add a few small curved lines for detail. 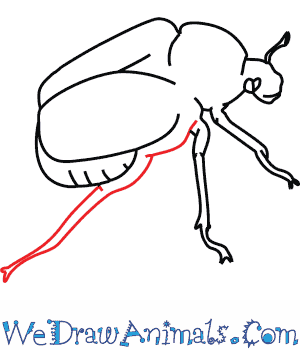 Step 8: Draw the first hind leg by making two curved lines that extend to down below the beetle. Draw two small toes at the bottom. 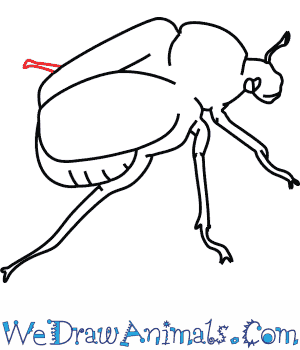 Step 9: Finally, add the final hind leg on the back left of the beetle to look like the first one.

Interesting Facts about the Osmoderma

The Osmoderma is also known as the hermit beetle or the Russian leather beetle, and is a type of beetle from European. These insects reach between 28 and 32 mm in length when they are adults. These beetles keep their larvae in hollow trees. Oak trees are what is preferred most by the hermit beetle, but will also use any hollow tree that seems suitable. The beetles spend three to four years in the larvae state.

Sadly, because there has been habitat loss the amount of these hermit beetles has been gradually declining. Due to these reasons these beetles are being guarded in many European countries and have even been given the highest priorities by the EU’s Habitats Directive in order to keep these little guys around longer!

How to Draw an Osmoderma – Step-By-Step Tutorial

Previous post: How to Draw an Orangeblack Hawaiian Damselfly