How to Draw Lucario Pokemon 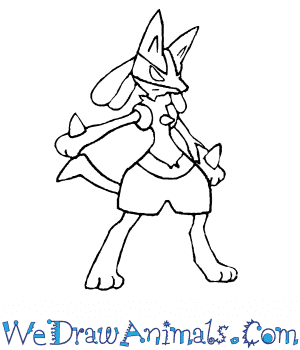 In this quick tutorial you'll learn how to draw Lucario in 7 easy steps - great for kids and novice artists.

At the bottom you can read some interesting facts about the Lucario.

How to Draw Lucario - Step-by-Step Tutorial 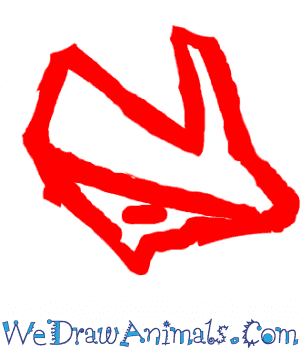 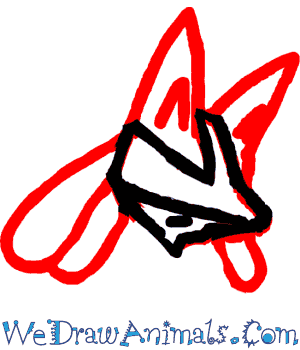 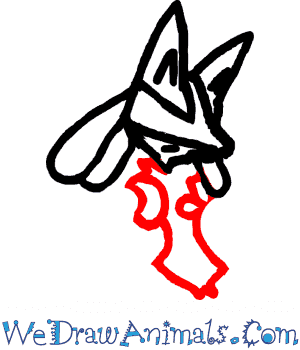 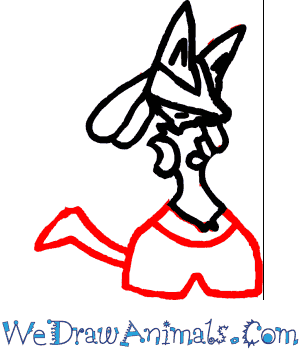 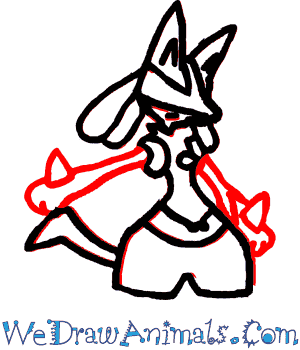 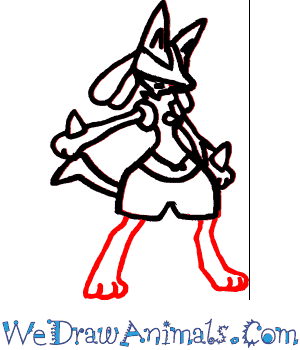 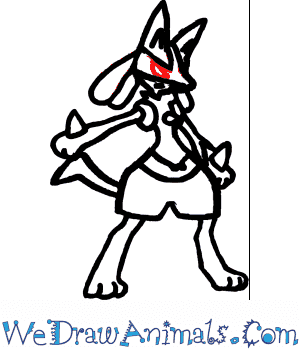 Interesting Facts about the Lucario

It is grouped into the dual-type Fighting/Steel type of Pokémon It evolves from Riolu and can mega evolve to Mega Lucario. It resembles a fox but is bipedal with blue and black fur on its body. It stands on its toes rather than the entire feet and on its thighs have a blue fur that looks like shorts. The Mega Lucario has more spike on its hands and has more fur.

It is rare because of its positive characteristics such as the natural sense of justice, loyalty and obedience towards its trainer 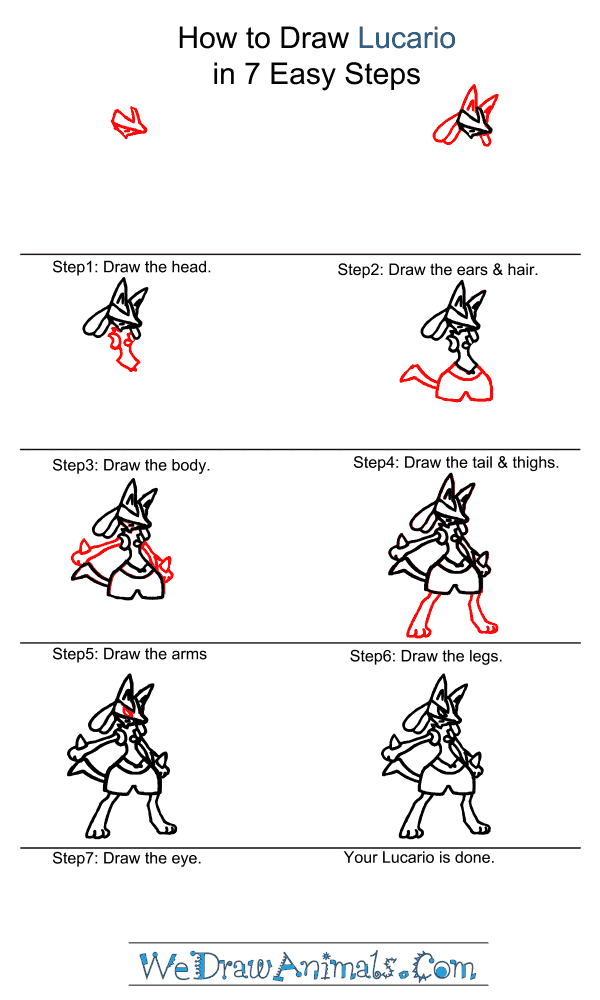 How to Draw Lucario – Step-by-Step Tutorial