How to Draw a Barasingha Deer 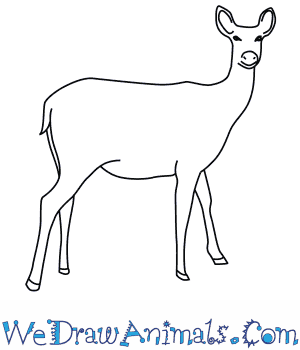 In this quick tutorial you'll learn how to draw a Barasingha Deer in 7 easy steps - great for kids and novice artists.

At the bottom you can read some interesting facts about the Barasingha Deer.

How to Draw a Barasingha Deer - Step-by-Step Tutorial 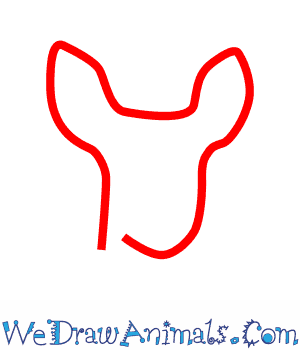 Step 1: Barasingha deer live in India. To draw one, start with the head. They have a narrow teddy bear-like head with long slightly pointed ears. 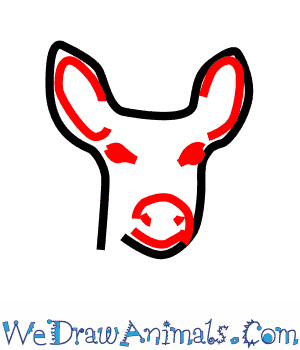 Step 2: Add some lines to the ears for detail, and two small circles for eyes. Draw a slightly larger circle for the snout, or nose, and two small dots for the nostrils. 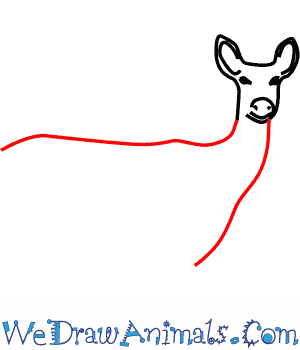 Step 3: Draw a long line for the back, and another line swooping down for the chest. 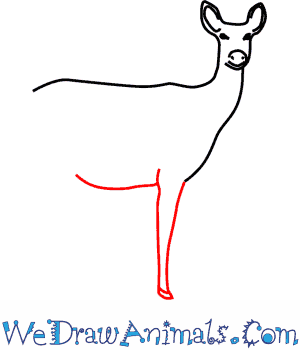 Step 4: Next, draw one of the deer’s front legs by drawing two long lines down. The deer’s legs are narrow and end in a small hoof. Then add a line for the deer’s belly. 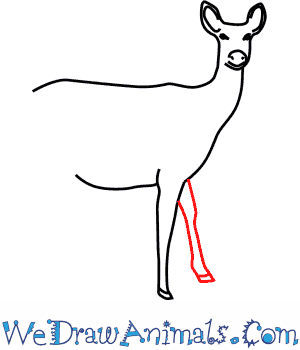 Step 5: Draw the other front leg behind the first. Don’t forget the hoof! 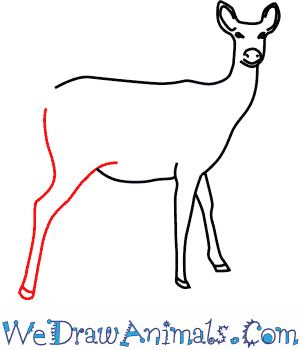 Step 6: For the deer’s hind leg, start by drawing a line down from the belly. Add a hoof, then draw a line back up about halfway. Curve your line towards the animal’s tail slightly and then back up to create its haunch. 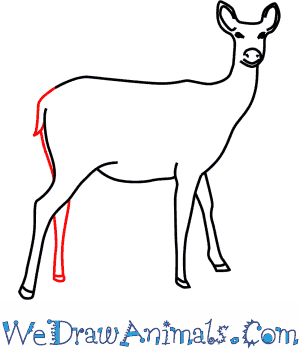 Step 7: Draw a smaller hind leg behind the first, and add a small tail. You’re done! Male Barasingha deer have antlers – if you want, feel free to draw some antlers on your deer! The spikes on the antlers are called tines. A Barasingha deer has twelve tines on their antlers o in fact, word barasingha means “twelve-tined”!

There is an easy way to tell the difference between Barasingha deer and other species that live in India: by their antlers. Unlike other deer species, their antlers have more than three tines (or branching spikes). “Barasingha” actually translates to “twelve-tined.” Stags have been known to have as much as 20 tines. Like other deer, only males have antlers. 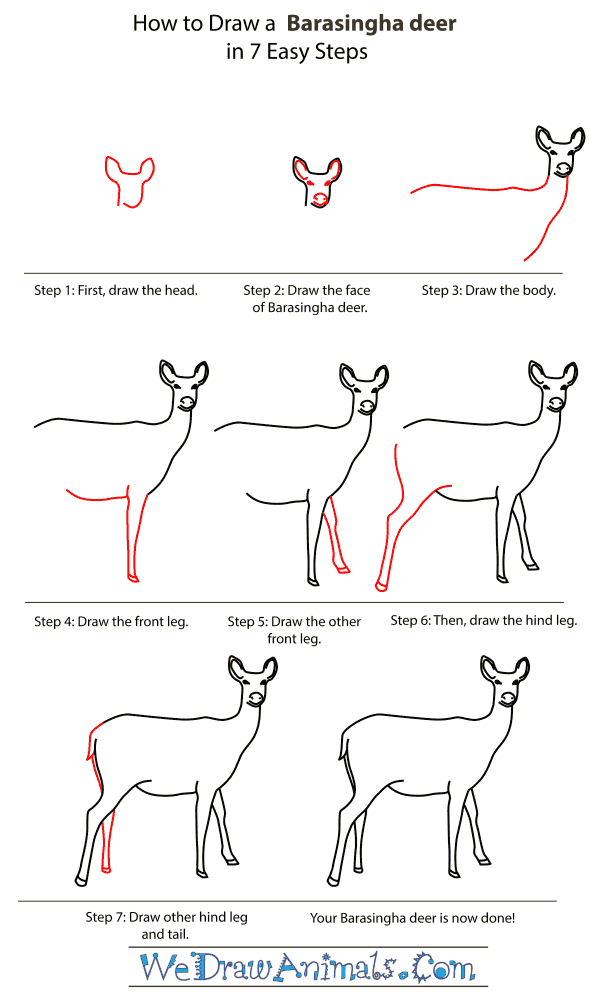 How To Draw A Barasingha deer – Step-By-Step Tutorial

Next post: How to Draw a Bare-Faced Go Away Bird