How to Draw a Barb 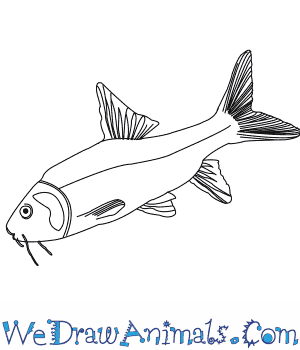 In this quick tutorial you'll learn how to draw a Barb in 9 easy steps - great for kids and novice artists.

At the bottom you can read some interesting facts about the Barb.

How to Draw a Barb - Step-by-Step Tutorial 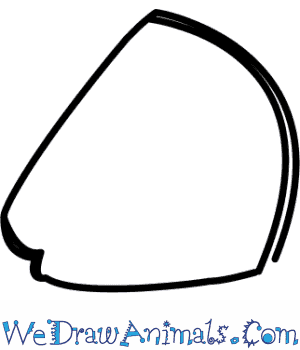 Step 1: To draw you Barb you want to first start with its head. To draw the head, simply draw a cone shape. 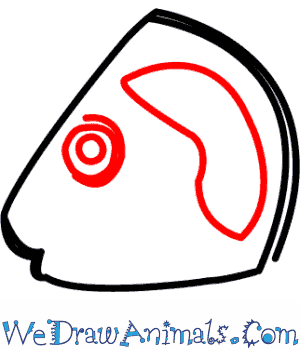 Step 2: Next you will need to add the face and gills to your Barb. To do this draw a small circle for the eye with a larger circle and then semi circle around it. To create the gills, draw a kidney shape behind the eye. 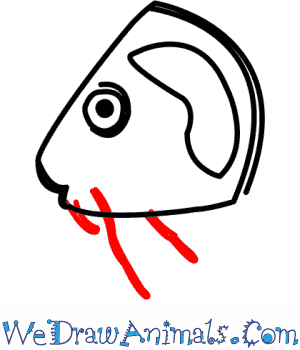 Step 3: Now you will want to draw the barbels. To draw these, use straight lines coming out from the front of the face. 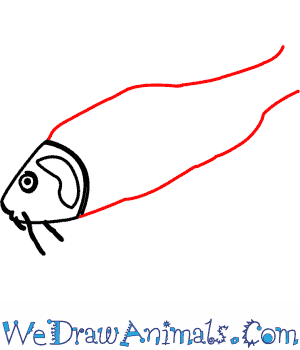 Step 4: The next step is to draw the body using two curved lines. One should come out from the top of the head and the other from the bottom. Both lines should taper together towards the back. 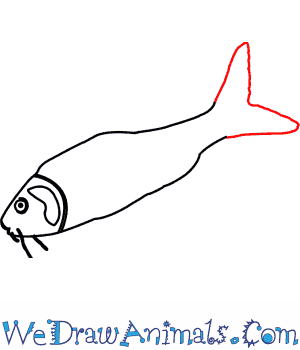 Step 5: Now draw the tail fin. To draw the fin draw two triangles, having the meet one end on the body and one end touching each other. 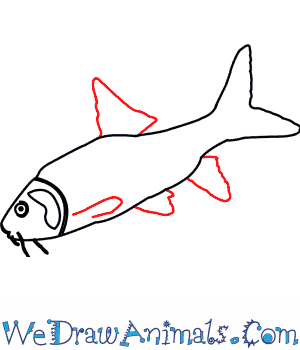 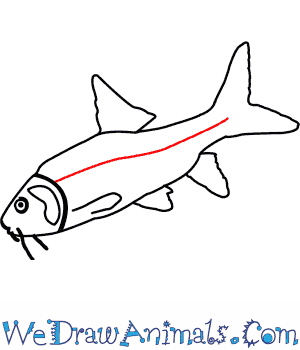 Step 7: Now draw the bon plate by drawing a straight line through the body. 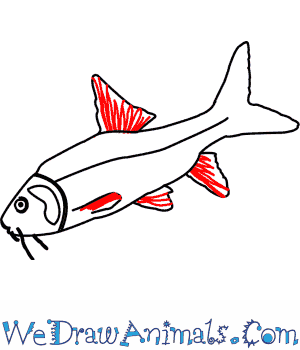 Step 8: The next step is to draw the pattern in the body fins, by drawing a bunch of closely placed straight lines as shown above. 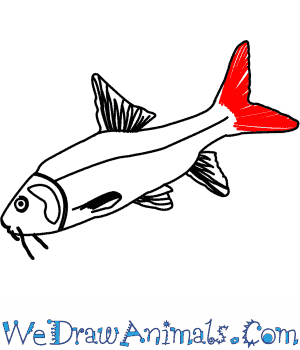 Step 9: The final step is to add the pattern to the tail fin using thin straight lines. You have now drawn your Barb.

A Barb is a rare fish that lives in Thailand. They live in a specific cave in Tham Phatewada, which is in the Phu Khiew Wildlife Sanctuary. The average length of a Barb is 5.8 centimeters. The Barb population has been endangered in the past because of fishermen. Today the Barb population is pretty stable. Thailand has made it illegal to own or fish for Barbs to make sure the population stays stable. Barbs are Cyprinids, which is a word used for freshwater fish with no stomachs or teeth. Even so, fish like barbs eat by moving their mouths in a way that crushes the food against a plate in their head. There are many types of Barb in the world, but this one is unique.

Lesson Plan Note: Learning about Barbs is a good companion subject for a cultural study. If a local cave is open for tours, then arrange a field trip. If not an option, then ask the students to show you where Asia is on a map and begin a curriculum that explores each country in the continent. This idea would work for any age group. 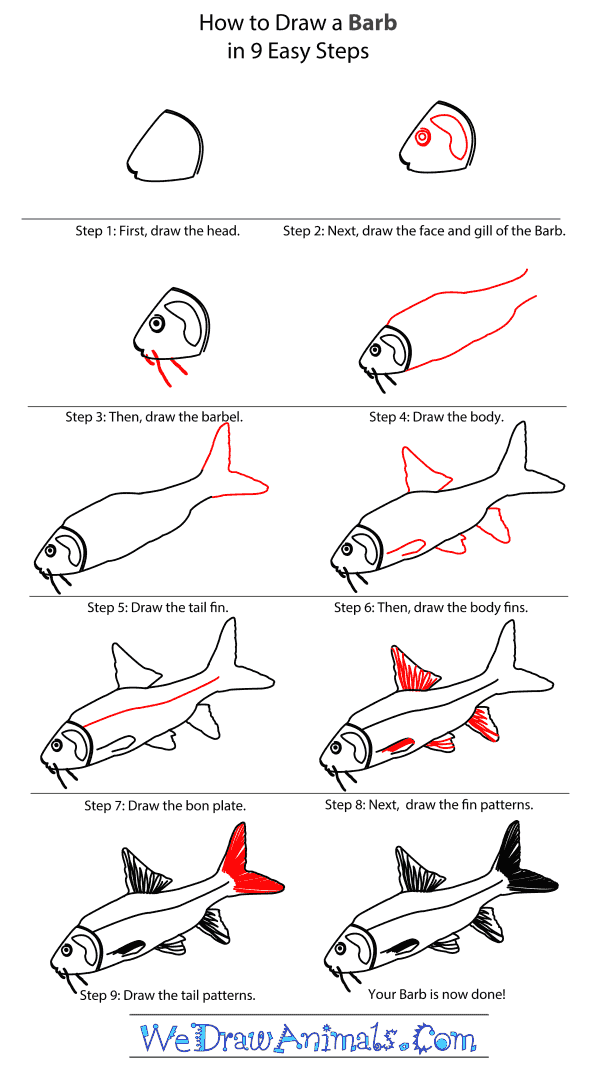 How to Draw a Barb – Step-By-Step Tutorial