How to Draw a Barrow’s Goldeneye 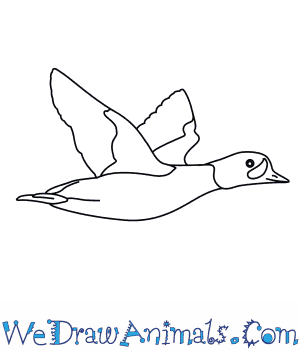 In this quick tutorial you'll learn how to draw a Barrows Goldeneye in 6 easy steps - great for kids and novice artists.

At the bottom you can read some interesting facts about the Barrows Goldeneye.

How to Draw a Barrows Goldeneye - Step-by-Step Tutorial 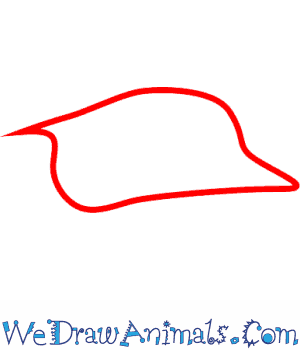 Step 1: The Barrow’s Goldeneye is a type of duck that lives in North America. It has yellowish eyes, hence its name, goldeneye. To draw one, start by drawing a lopsided square shape with a pointy end. This will become the duck’s beak. 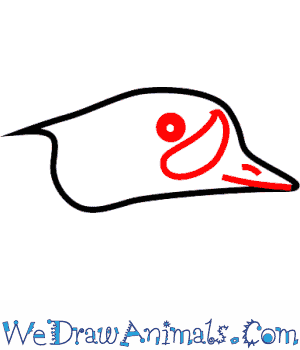 Step 2: Male goldeneye ducks have a big white spot on their face. Draw a shape that looks like an oval with a point end to make this spot. Add a circle for the eye, and a line for the mouth. Add a small line for the duck’s nostril in his bill. 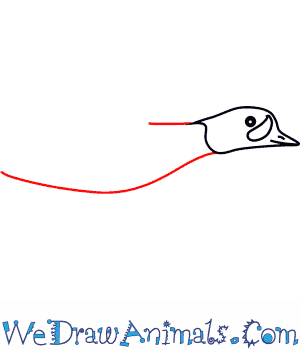 Step 3: Draw a short line on top for the duck’s back. Then, draw a longer line underneath that for his belly. 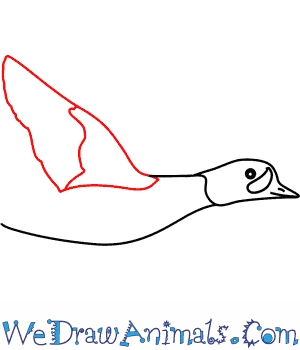 Step 4: Now, let’s draw the duck’s wings! Start by drawing a large triangle shape. Draw a squiggly line down through the middle of it to add some detail. 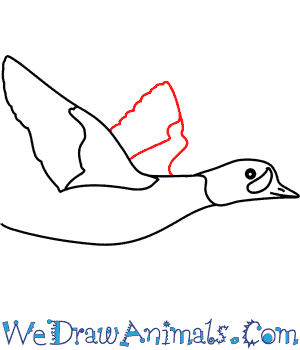 Step 5: Behind the first wing, draw another triangle but slightly smaller. Add a squiggly line there too, for extra detail. 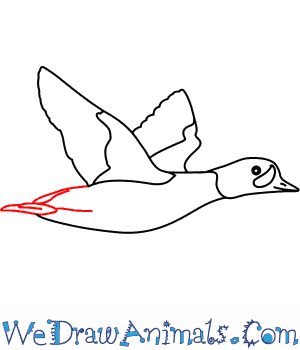 Step 6: Lastly, add some lines to create the duck’s leg and his tail feathers. Your Barrow’s Goldeneye is now finished! Male goldeneyes have black heads and bodies, with white necks and spots on their face and back. The females have tawny brown bodies, with brown heads.

Barrow’s goldeneyes are ducks that were named after Sir John Barrow, a writer and political leader from England. They are native to the northwestern region of North America and Iceland. They are also found in the eastern part of Canada. They live in clear, small ponds and lakes that are not too full of fish. 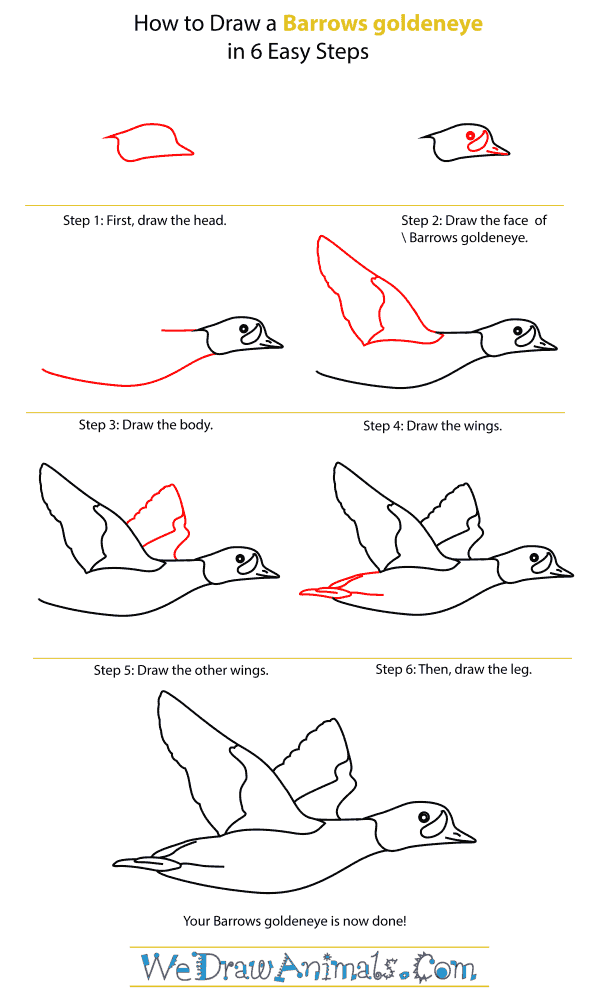 How To Draw A Barrows goldeneye – Step-By-Step Tutorial